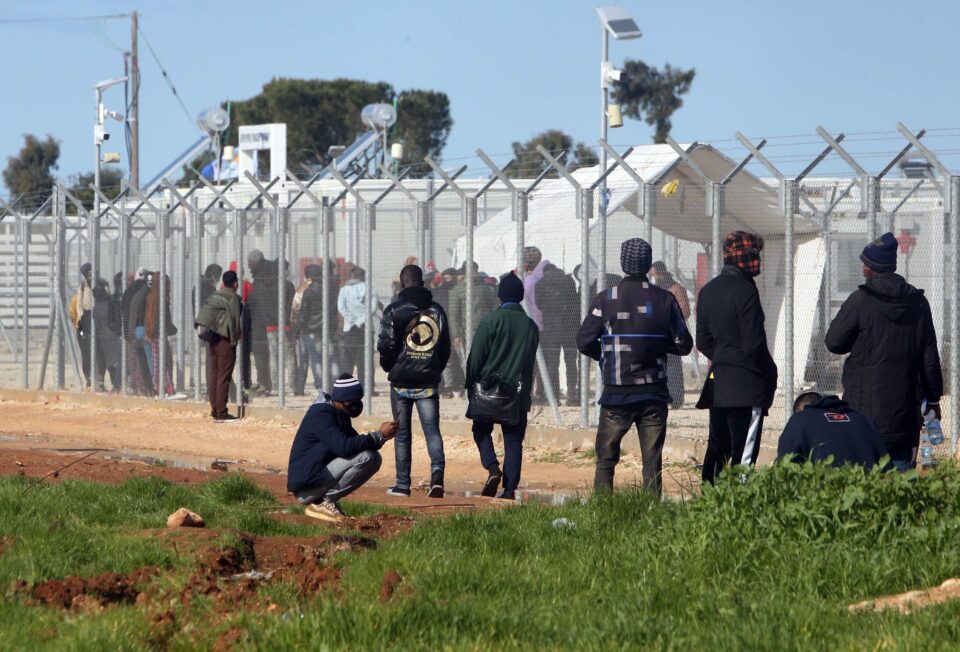 Interior Minister Nicos Nouris on Thursday said he is planning to address an urgent letter to the Council of Europe with evidence showing mass migration flows to Cyprus through Turkey and the north, to illustrate the scale of the issues facing the government.

He was speaking during a meeting with Akel leader Stephanos Stephanou, whom he invited to his office.

The letter will include evidence “clearly showing that these people flew to the north from Istanbul after receiving a 60-day visa from the ‘government’ there, and then crossed over through the buffer zone”.

Nouris said that the numbers show that “the problem is measurable and extremely alarming” as 4,793 people sought asylum in the first few months of 2022, while in the whole of 2021 the total was 13,500.

He added that at the moment there are 2,957 people, mostly of African origin, at Pournara migrant reception centre, all of whom came from Turkey “and despite the fact they are taken to Limnes reception centre by the hundreds, the problem persists”.

“There is no other solution except taking action on the Green Line to limit migrant flows,” he said.

The minister also said that authorities are now focusing on returns, which currently stand at 685, “a disproportionately small number in comparison to arrivals”.

On behalf of the government, Nouris will ask the EU to help with upgrading Pournara and Limnes, which will cost €20 million and €60 million respectively.

He also said that a four-year, €34 million contract has been announced for the provision of food for those hosted at Pournara of which the EU will cover €4 million and the Republic of Cyprus €30.

Nouris said it would not take much to convince the Commission, considering the huge flows of asylum seekers into the country.

“What we will do is to intensify at all levels the message that Cyprus is recording an undesirable first in terms of the rate of asylum seekers,” he concluded.

Meanwhile, the minister said that there was a total of 100-180 arrivals of Ukrainian refugees to Cyprus daily.

He explained that some of the refugees find accommodation in houses of friends already residing here, adding however that this is a temporary settlement of people fleeing war. Reports suggest there are around 8,000 Ukrainian refugees now in Cyprus.

Outrage over price hikes in north, higher taxes for booze and cigs