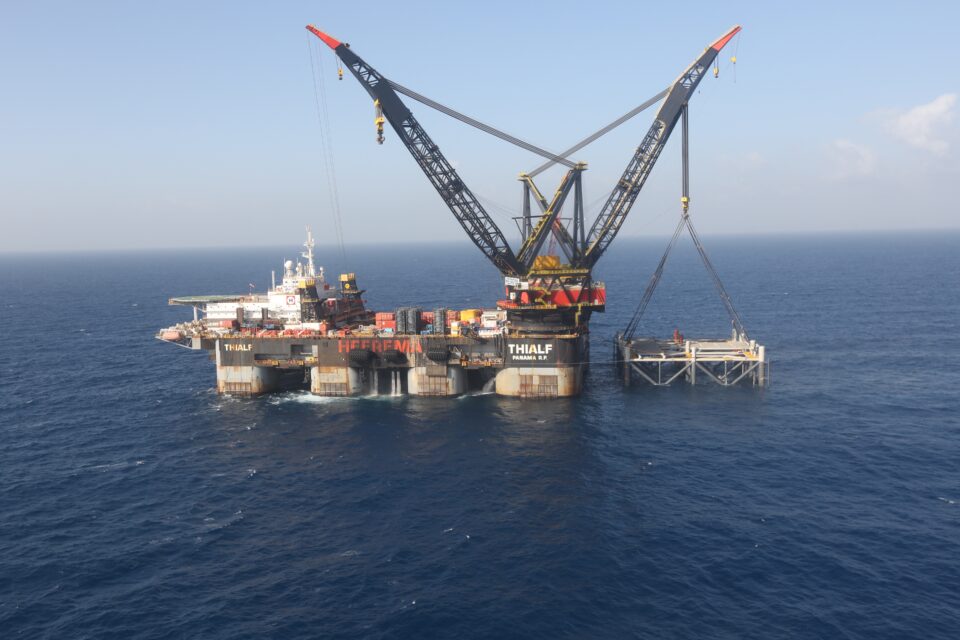 A Turkey-Israel gas pipeline is being discussed behind the scenes as one of Europe’s alternatives to Russian energy supplies, but it will take complicated maneuvering to reach any deal, government and industry officials in both countries say.

The idea, first conceived years ago, is to build a subsea pipeline from Turkey to Israel’s largest offshore natural gas field, Leviathan. Gas would flow to Turkey and on to southern European neighbors looking to diversify away from Russia.

Turkish President Tayyip Erdogan said last week that gas cooperation was “one of the most important steps we can take together for bilateral ties,” and told reporters he was ready to send top ministers to Israel to revive the pipeline idea that has lingered for years.

Industry officials are more circumspect, however, saying production restraints and geopolitics could leave the plan dead in the water.

By comparison, the European Union imported 155 billion cubic meters of Russian gas last year, covering close to 40% of its consumption.

Much of the extra gas output will be liquified and exported on ships to Europe or the Far East, according to NewMed. Its chief executive said last month Turkey could become a destination too, but needed to put “skin in the game” and commit to building the pipeline.

Asked about talks with Turkey, the Leviathan partners declined to comment.

Israeli Energy Minister Karine Elharrar told Ynet news on Sunday many considerations had yet to be discussed, including the finances.

“It needs to be found economically feasible, which is not something self-evident,” she said.

Israel and Turkey are looking to put a decade of diplomatic impasses, usually over Israeli-Palestinian issues, behind them. Energy partnership could be key, especially after Russian invasion of Ukraine made Europe more determined to find alternatives to its energy supplies.

“There has been a recent rapprochement with Israel and we want its gas to transit Turkey en route to Europe,” said another Turkish official. “Israel is looking positively on this, some talks have been held and there is a will to do it.”

Turkey consumes about 50 billion cubic meters of natural gas a year and imports nearly all of that, most through pipelines from Russia, Iran and Azerbaijan. It is well placed as a transport hub in the region where energy politics can be heated.

Citing Iraqi and Turkish officials, Reuters has reported that a plan to bring, with Israel’s help, gas from Iraq’s Kurdistan region to Turkey and Europe is part of what triggered Iran’s missile attack on the Kurdish capital Erbil this month.

“Turkey is of great interest, for its domestic consumption as well as a channel to countries in southern Europe,” said a senior official in the Israeli gas sector.

The problem, the official said, is that there were already two proposed routes for the extra supplies from Leviathan: via existing LNG plants in Egypt or a planned floating LNG facility.

“If Turkey responds quickly then it may be a third alternative,” the official said.

The pipeline would run 500-550 km and cost up to 1.5 billion to build, according to Israeli officials, making it more manageable than the 6 billion euro pipeline EastMed proposed to connect Israel with Cyprus, Greece and Italy.

However, any subsea line would need to cross waters of either Cyprus, which Ankara does not recognize, or Syria, with which Ankara has no diplomatic relations and has backed rebels fighting the government in Damascus.

This could complicate construction and financing if Turkey had a direct stake in the pipeline, said Gokhan Yardim, a Turkish gas industry consultant who worked on the assessment of the possible pipeline for over two decades.

Two previous assessments were based on 8 to 10 billion cubic meter gas flows, and anything less may not be feasible, Yardim said.

Man in serious condition after head-on collision near Larnaca