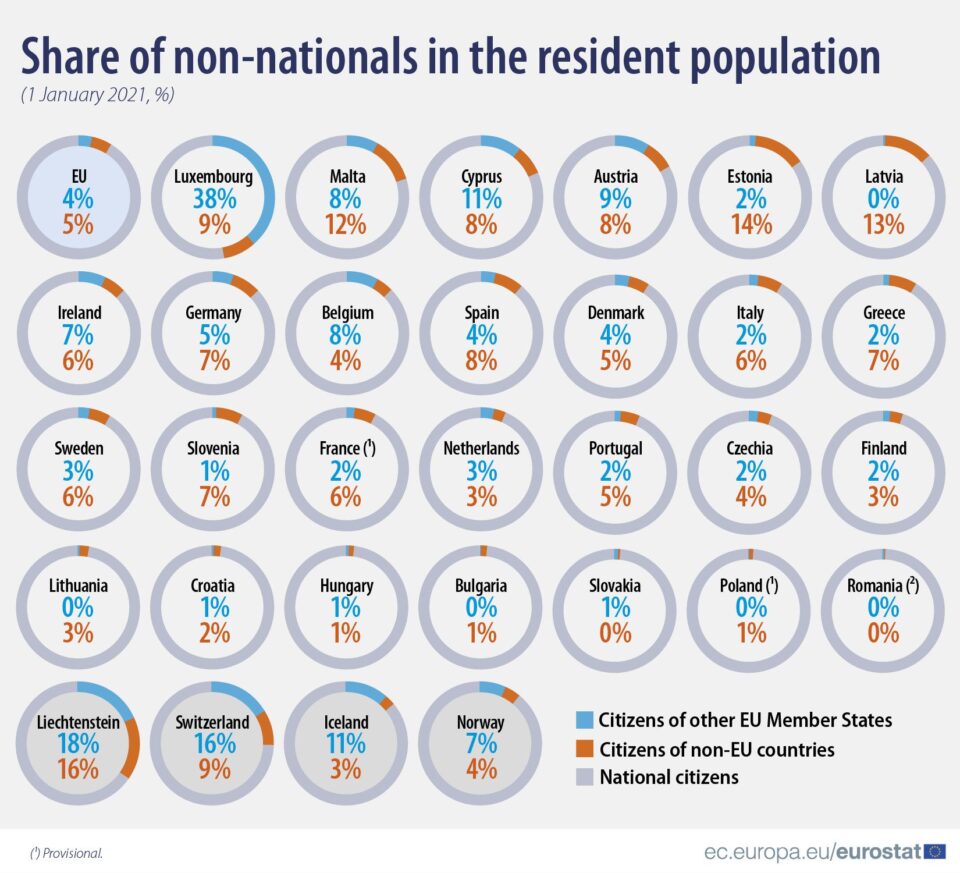 Cyprus is one of the member states of the EU in which the percentage of residents that are citizens of other countries (both from EU member states as well as from non-EU countries) is higher than 10 per cent, coming in third place after Luxembourg and Malta, according to data released by Eurostat, the European Union’s statistical service.

Overall, in the European Union, 5 per cent of residents were citizens of a non-EU country, which in absolute numbers corresponded to 23.7 million people.

The largest numbers of non-nationals living in the EU Member States were recorded in Germany (10.6 million people), Spain (5.4 million), France and Italy (both 5.2 million).

In relative terms, the EU Member State with the highest share of non-national citizens was Luxembourg (47 per cent of its total population). Out of these, 38 per cent came from a member state and 9 per cent from a non-EU country.

In contrast, non-nationals represented less than 1 per cent of the population in Romania. This percentage was around 1 per cent in Poland, Slovakia and Bulgaria, at 2 per cent in Hungary and at 3 per cent in Croatia and Lithuania.

Romanian, Polish, Italian and Portuguese citizens were the four main groups of EU citizens living in other EU Member States on January 1, 2021.