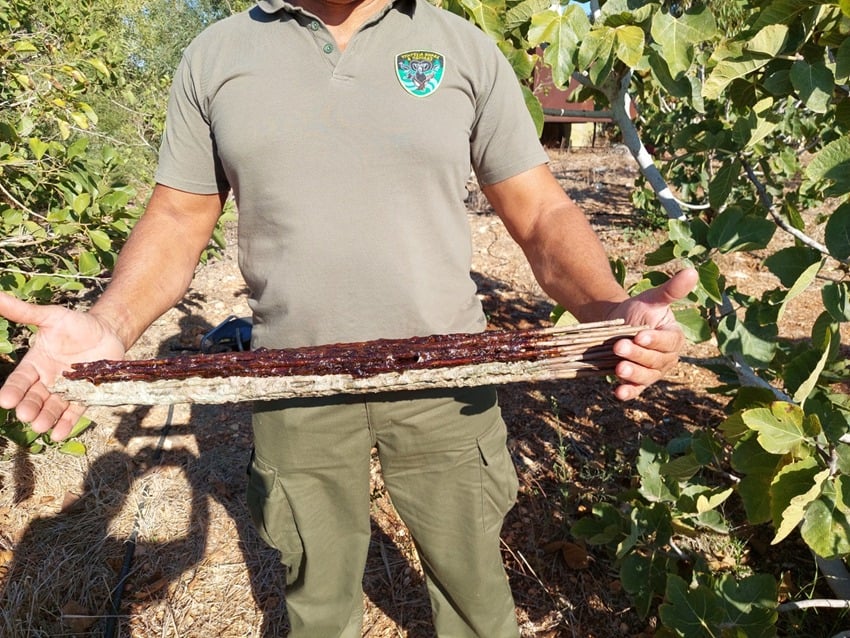 The Committee Against Bird Slaughter (Cabs) said that last autumn a total of 140 active bird trapping sites were detected in the districts of Famagusta and Larnaca and in the British bases (SBA) areas.

In a report published on Thursday, Cabs also said its members found 139 nets and 2,473 limesticks in the areas. Moreover, 49 people were prosecuted for trapping and 16 for illegal hunting.

“All indicators show that illegal trapping is on the rise, not only the use of limesticks, which benefits of a relaxed legislation, but also mist netting has achieved higher volumes of activity,” the executive director of Cabs Alexander Heyd was quoted saying in the report

“This is certainly the result of poor and limited enforcement.”

Heyd added that there have been two negative developments in the recent history of nature conservation in Cyprus.

“One is the imposition of low fines for the limestick trapping and shooting of 14 species of birds, the other one is the weakening and final dismantling of the anti-poaching unit of the Cyprus police, the only body which had a deterrent effect on professional trappers.

“If in 2017 trapping reached a minimum level, it is now up to new worrying levels.”

The possibility of re-establishing the anti-poaching unit was discussed this week by the House environment committee after it was dismantled in 2019, with some MPs saying incidences had increased since it was abolished.

The committee’s chair, MP and activist Alexandra Attalides of the Green Party, expressed her party’s disappointment at the dismantling of the unit, saying that since then, poaching had substantially increased.

Cabs’ report says its organisation is responsible for 65 per cent of all prosecution for trapping, poaching and illegal hunting in the Famagusta and Larnaca districts.

“We have constantly informed the authorities about the lack of enforcement and the danger our volunteers have to face, but we have never received a single reply, not even when our car was bombed after we exposed the biggest trapper in Cyprus, which is linked to the criminal underworld.

“We wish Cyprus would take care of its own problems with illegalities, but so far we have observed a general laissez faire policy which damages the reputation of the country and its biodiversity,” Debresek said.

According to the report, a total of 2,371 limesticks and 110 nets were detected on the island last year and 44 people were reported for illegal trapping in cooperation with the Game and Fauna Service and the Cyprus police.

In the SBA areas, 102 limesticks and 29 nets were reported and five people were prosecuted in cooperation with the British Police.

Kremlin ‘concerned’ about US ‘complete misunderstanding’ of Putin