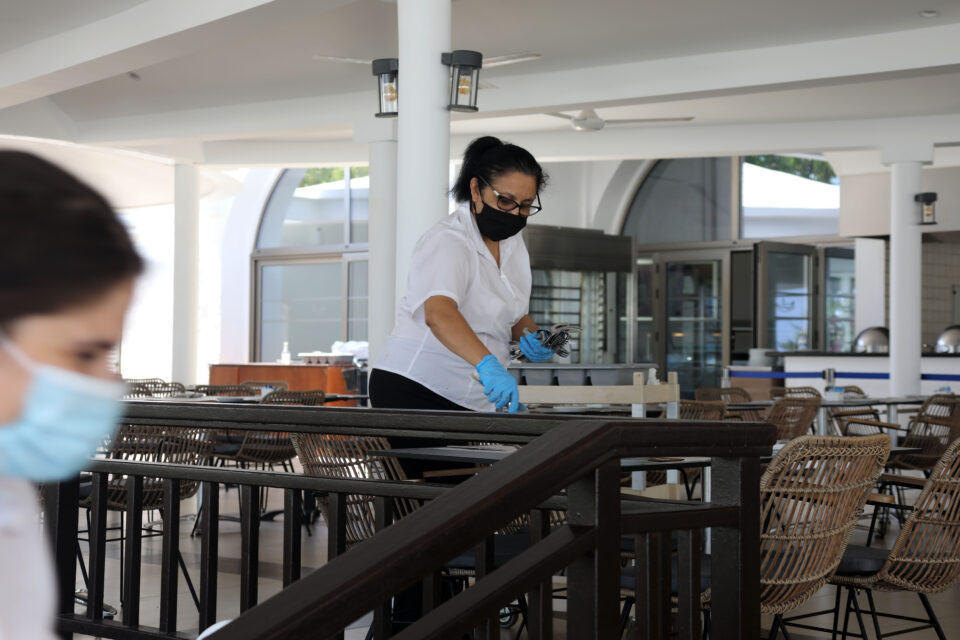 Has the Cyprus economy recovered from the financial crisis of 2012/2013 in that the majority of its citizens by 2021 were better off than they were on the eve of the crisis? Government officials claim that the economy has recovered well from the financial crisis of 2012/13 and more recently from the adverse repercussions of the pandemic. They refer to real GDP and employment growth and the fall in the unemployment rate as providing good evidence on the economy’s sound recovery. But have ordinary citizens benefitted from GDP and employment growth through improving their economic wellbeing as a result of securing higher incomes and better jobs over the last nine years? In answering this question there is a need, among other things, to analyse key developments in the labour market since 2012.

Developments in the labour market

Despite the sizable expansion of employment of 14.9 per cent and the larger rise of GDP per capita of 19.7 per cent reflecting increased labour productivity between 2012 and 2021, average wages increased by only 1.8 per cent over this period. These statistics indicate clearly that employees over these years have not benefited from the provision of better jobs in terms of earning higher incomes commensurate with their actual and potential contribution in raising productivity.

Most private sector employees outside of the financial sector receive relatively low incomes and have few benefits as employers are obsessed with suppressing costs rather than employing and incentivising workers to utilise their potential to contribute more to the firm’s value added. This has resulted in employees, particularly in the retail, hospitality and construction sectors, being under-paid, with many Cypriots displaying an unwillingness to work for abusively little wages. In fact, in these sectors’ employers prefer to hire mainly foreign workers who accept low incomes and inadequate work conditions.

While public sector employees are relatively well-rewarded in terms of income, benefits and job security there has been a decline in the quality of its personnel with the number of government permanent employees falling by 21.4 per cent over the period 2012 to 2021, whereas the number of casual employees more than doubled, rising spectacularly by 119.1 per cent. It is well known that the appointment of government casual workers is more determined by political factors with their number usually increasing steeply in years prior to elections as appears to be the current situation. Conversely, the appointment of permanent employees is more influenced by their qualifications and potential to contribute to the provision of good public services. Nevertheless, even for the employment of skilled persons in the Cyprus government the adage of “who you know rather than what you know” applies.

Undeniably, the current government has continued to favour a structure of production based on low-cost labour such as industries catering for mass foreign tourism and property investment and excessive domestic consumption. Notably, the average gross monthly earnings of employees in the accommodation (€952), construction (€1,550) and retail (€1272) sectors were well below the average for all economic activities of €2,003 in 2020.

And in promoting these low labour cost economic activities the government and bankers have disproportionately benefitted leading hoteliers, property developers and retailers by implementing scandalous schemes and practices to sell Cyprus property assets to foreigners and predatory investment funds and loan management companies as well as treating them very generously in regard to their tax and debt obligations.

With prices and costs surging upwards in recent months and most lately being pushed to much greater heights by the effects of the Russia Ukraine war, households are experiencing unprecedented increases in their costs of living. In consequence, unless working class households are adequately compensated with higher wages and/or government transfer payments against steeply rising consumer prices, many will have their standard of living further eroded and descend into poverty.

Unfortunately, the Cyprus government in proposing measures to deal with soaring prices and costs is largely neglecting those households most adversely affected by higher inflation. The government has proposed cost of living adjustments to the wages of employees, independent of their level of remuneration, covering around 40 per cent of the work force including mainly employees in the broader public sector and banks. However, most lowly-paid workers employed in the private sector would not be eligible for cost of living adjustments. It is striking that at least 15 per cent of employees in Cyprus earn monthly wages of less than €750, that is below the minimum wage of €770 per month for cleaners, and over 25 per cent of employees receive less than €1,000.

Furthermore, with employers very reluctant to give private sector employees wage increases in part because they too are facing higher input costs there would be a need for the government to provide targeted financial assistance to lowly paid employees. But the government should as well mandate employers that have been able to sufficiently raise their output prices, such as supermarkets, to increase the wages of their employees.

Indeed, employers use any excuse to protect their profits, but also employ any excuse not to raise the wages of their employees to protect them against inflation. A case in point relates to discussion of increasing and institutionalising the minimum wage in Cyprus, with OEB director Michalis Antoniou, recently stating that “the employer’s side is asking (again) for the freezing of the dialogue (on the minimum wage) until the economic situation is normalised”. Employers cannot both boost their output prices and fail to contribute to higher wages for private sector employees. Such a development would just aggravate the existing unfair distribution of the GDP pie with employers gaining a greater share through their considerable profits at the expense of the lower share going to employees. Furthermore, the huge gap between the incomes of public sector and private sector employees would continue to be widened resulting in a great many households suffering a further worsening in their economic wellbeing.

Nouris calls on parties to back President’s Akamas referral

‘In the first days of the invasion my mind was paralysed’