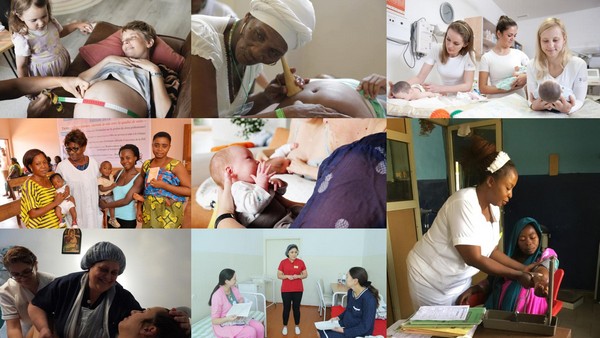 Cyprus is one of eight countries from four continents that have jointly applied for the inclusion of midwifery in the category of ‘intangible cultural heritage’ of humanity.

The application was prepared by midwifery associations from Colombia, Cyprus, Germany, Kyrgyzstan, Luxembourg, Nigeria, Slovakia and Togo, in collaboration with ministries and experts on cultural heritage and public health. The decision of the UNESCO commission is expected in December 2023.

Midwifery as a cultural practice

Midwifery requires knowledge of medicine, anatomy, and other dexterities, such as use of the senses, observation and empathy. In their work, midwives are guided by evidence-based knowledge, personal intuition and traditional skills.

The practice is wholistic, concerned with the well-being of women, newborns, children and the family unit. Midwives ensure continuity of care, a crucial aspect for psychological and physical well-being of mother and child throughout pregnancy, as well as pre and post-partum.

For this reason, midwifery is seen as ensuring fundamental human rights, particularly those of women. Although it can be practised by people regardless of gender, historically most practitioners have been female, and this is still currently the case.

Midwifery skills were traditionally passed down generations via an apprenticeship model, and this is what qualifies the profession as a piece of intangible cultural heritage: part skill, part art, part science, and richly embedded in each country’s unique history and traditions. Worldwide today, midwives still train in both formal and informal settings.

Midwifery is deeply associated with the use of specific cultural practices, vocabulary, important celebrations and rituals, for example, relating to the cutting of the umbilical cord and other rites of passage for mother and infant.

The Cypriot participation in the initiative was coordinated by the head of the Cyprus Cultural Heritage commission, Thekla Papantoniou, in collaboration with midwives and obstetricians of the Pancyprian Association of Nursing and Obstetrics.

The application is supported by organisations involved in childbirth, breastfeeding, women’s rights, and family planning.

“This is a very significant initiative for midwifery in Cyprus,” Assistant Professor of Nursing at Tepak, Eleni Hadjigeorgiou, told the Cyprus Mail.

“If the application is successful, it will upgrade the image of the midwifery profession in Cyprus,” she said, adding that the process of registration in itself has already yielded benefits for the profession, such as giving the opportunity to document the historical importance of midwifery to Cypriot society and, by extension, the contribution of midwives to public health.

To-date five Cypriot traditions have made the list: the art of Lefkara embroidery; the traditional spontaneous rhyming songs known as ‘tsiattista’; the Mediterranean diet; stonewall masonry; and Byzantine chants.

Satellite images indicate that Bucha civilian atrocities were not ‘staged’