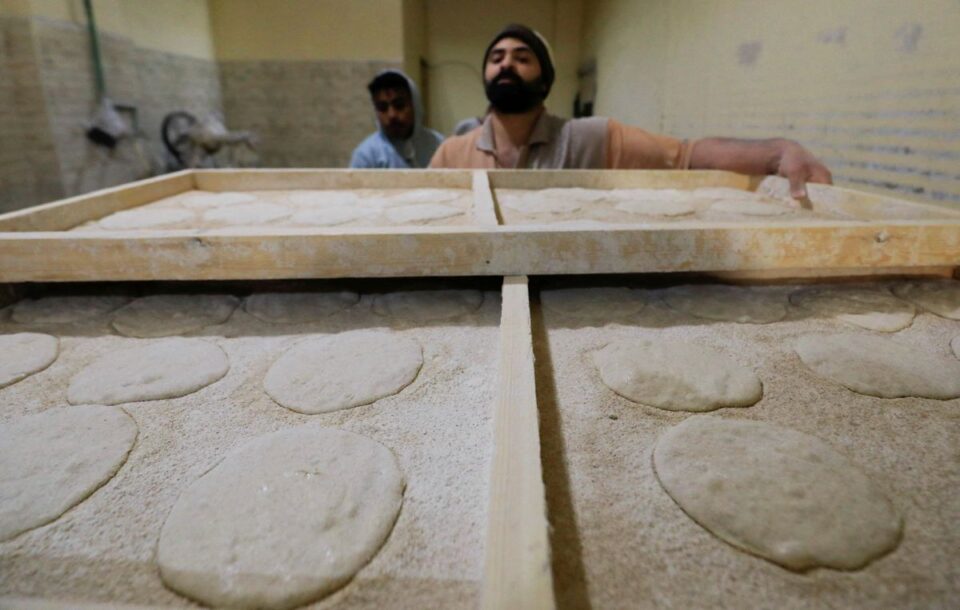 The fallout of the Russia and Ukraine war has just helped tip two of world’s poorest countries into full-blown crises, and the list of those at risk – and the queue at the International Monetary Fund’s door – will only get longer from here.

They may be far from the fighting in Ukraine, but a mass resignation of Sri Lanka’s cabinet on Monday and drastic weekend manoeuvres by Pakistan’s Prime Minister Imran Khan to avoid his removal, show how far the economic impact spreads.

Both Sri Lanka and Pakistan have seen their long-festering public disquiet about economic mismanagement come to a head, but there is a double-digit list of other countries also in the danger zone.

A handful were already on the brink of debt crises in the wake of the COVID pandemic, the war’s resulting surge in energy and food prices, however, have undoubtedly made things worse.

Turkey, Tunisia, Egypt, Ghana, Kenya and others that also import the majority of their oil and gas as well as basic foodstuffs, such as wheat and corn, which have all soared between 25 per cent and 40 per cent this year, have also been facing heavy pressure.

Mounting costs of imports and subsidies for those everyday essentials had already convinced Cairo to devalue its currency 15 per cent and seek IMF help in recent weeks. Tunisia and a long-resistant Sri Lanka have asked for assistance too.

Ghana, still reluctant to approach the Fund, meanwhile is seeing its currency slide, while Pakistan, a country already with 22 IMF programmes to its name, is almost certain to need more having now sunk into turmoil again.

“This energy shock is certainly contributing to the political uncertainty in Sri Lanka and Pakistan,” said Renaissance Capital’s chief economist Charlie Robertson, flagging it as a key factor for both Egypt and Ghana too.

“It wouldn’t surprise me if more countries were impacted,” he added, citing Jordan as well and Morocco where a relatively sizable middle class makes it sensitive to political change.

IMF Managing Director Kristalina Georgieva has given a stark warning that “war in Ukraine means hunger in Africa”.

The IMF’s sister organisation, the World Bank, has also said a dozen of the world’s poorest countries may now default over the next year, which would be “the largest spate of debt crises in developing economies in a generation”.

Overindebted “frontier’ economies”, as the least developed group of countries are referred to, now owe $3.5 trillion — some $500 billion above pre-pandemic levels, the Institute of International Finance (IIF) estimates.

Pakistan and Sri Lanka already spent the equivalent of 3.4 per cent and 2.2 per cent of their respective GDP’s on energy before the pandemic. In Turkey, the figure was an even larger 6.5 per cent, and with oil prices having been above $100 a barrel for months now, the pressures are getting worse.

Every additional $10 spent on a barrel of oil adds 0.3 per cent to Turkey’s current account deficit, according to the IIF. For Lebanon, it is 1.3 per cent, while rating agency Fitch estimates that the cost of electricity subsidies in Tunisia could surge to over 1.8 per cent of its GDP this year from 0.8 per cent.

Food prices are a biting problem too. They were already rising as countries emerged from lockdowns, exacerbated in some regions by droughts.

With Ukraine and Russia accounting for 29 per cent of the world’s wheat exports and 19 per cent of maize shipments, prices of these have gone up another 25-30 per cent this year.

Egypt buys over 60 per cent of its wheat overseas, four-fifths from Russia and Ukraine. After devaluing its currency and approaching the IMF, President Abdel Fattah al-Sisi’s government has also just fixed bread prices to contain runaway food costs.

“For many countries these (energy and food price) rises will have repercussions for budgets, for subsidies and for political and social stability.” said Viktor Szabo, an emerging market portfolio manager at abrdn in London.

“If you don’t control prices you can have unrest, just think back to the Arab Spring and the role of food prices there.”

“It is the right situation for the IMF to intervene supporting the more vulnerable countries – particularly the ones with a current account deficit,” he said.