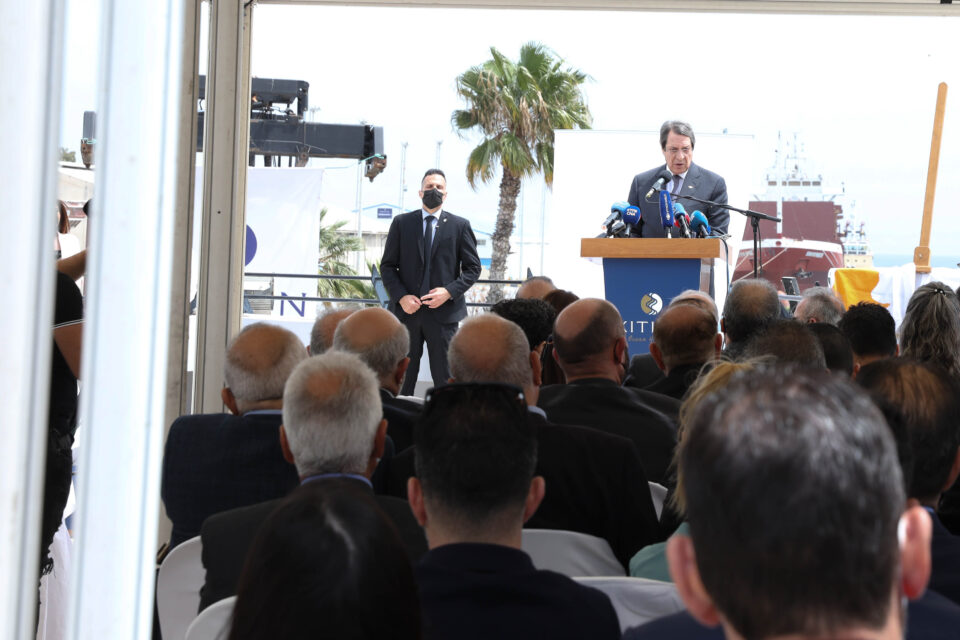 The Larnaca marina and port project, which was inaugurated on Friday, represents an historic milestone, which would greatly contribute to the development of the city and the entire country in the coming years, President Nicos Anastasiades said.

With a budget of €1.2 billion, the Larnaca marina and port represents the largest infrastructure investment ever on the island. Works on the site began last week.

Along with Anastasiades, Transport Ministry Yiannis Karousos was among those present at the inauguration.

“I want to express mine and the government’s satisfaction for yet another successful project that is now underway in our country, one that was on the cards for decades,” Anastasiades said.

Kition Ocean Holdings Ltd, the Israeli-Cypriot consortium awarded the tender in 2020, aims to make space for 600 berths for yachts of up to 115 metres at the port.

In addition to the marina upgrade, the project enhances the road network and the creates infrastructure for residential, commercial, social and cultural use.

Real estate giant Aroundtown SA joined the consortium last week. Its inclusion was pivotal to the project’s financing needs, as it is one of the largest high-value real estate investment companies in Europe.

“In addition to the marina and port development, the project will also see the revamp of the road network in the area and the creation of residential and commercial areas.”

Anastasiades added that the entire project will create from 3,000 to 4,000 jobs and will attract huge interest from foreign companies.

“Moreover, it will greatly benefit our tourism industry and our economy, as we estimate it will generate a revenue of over €120 million per year.

“The port and marina project is only the latest project that have revitalised the city of Larnaca in the past few years, which have all contributed to its transformation into a modern European city, one where it is great to live and to do business.”

The President also underlined the close cooperation between the government and the municipality, “thanks to the competence of Mayor Andreas Vyras and his municipal council.”

He added that since 2015, a number of projects totalling €141 million have either been completed or will be shortly in Larnaca alone.

Among them, the construction of a new wing at the Larnaca general hospital, the relocation of the fuel facilities to Vasilikos and the redevelopment of the historical city centre.

“Today represents a historic milestone for Larnaca and its citizens, as the marina and port project will give new impetus to the development of the city and beyond,” Anastasiades concluded.

Speaking after the President, Karousos said many people did not believe the project would actually become a reality.

“Fortunately, thanks to the perseverance and determination of the government of the Larnaca municipality, works on the marina and port have already begun,” he said.

The first phase of the project will take approximately five years and will include the construction of a walkway at the marina.

Moreover, a road link to the popular Phinikoudes area of Larnaca will also be built during the first phase.

The second phase will see the construction of buildings, including apartments, retail shops and entertainment and parking facilities.

Putin’s approval rating soars since he sent troops into Ukraine