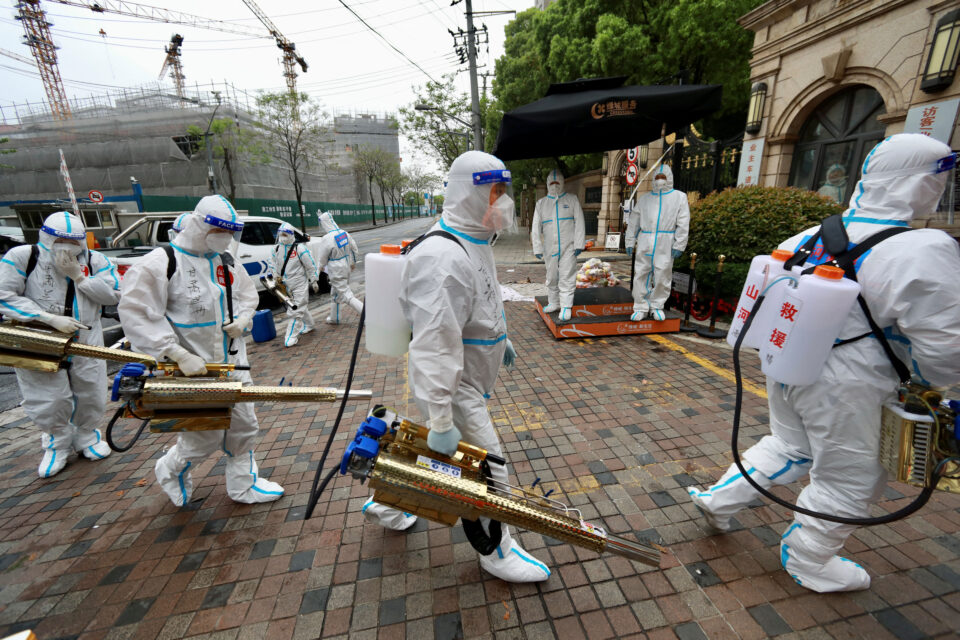 The draconian policies – which led to police in hazmat-like suits clashing with residents who refused to be taken to quarantine facilities – have perplexed some international observers, as the measures are in stark contrast as to how the rest of the world is reacting to the Omicron variant.

A video emerged earlier this month of a pet dog being beaten to death by a health worker in Shanghai after its owner tested positive, an incident which caused outrage in the city of 26 million.

Voniatis also expressed reservations but couched his commentary, saying that: “As far as we’re aware [the lockdowns] are to deal with Omicron, but if there’s something else that they’re hiding from us, we’re not aware of that.”

“What appears to have led them to these strict measures is that the elderly population in China have the lowest vaccination rate, below 60 per cent,” he said.

But asked about the measures which target the entire population, including children – who are being separated from their parents should they test positive, Voniatis said that their policy is “zero-Covid” – to avoid serious illness amongst the elderly.

“But if that’s the reality or if there’s something else at play, I’m not in a position to know… this is what’s publicly available,” he said.

Asked by the Omega TV interviewer whether we should be concerned whether something more serious might be happening there considering the early lack of transparency over the initial outbreak in Wuhan – Voniatis agreed, saying that we should have some reservations.

“On the other hand, however, the information that we have available to us from authoritative sources, such as the ECDC and WHO… there is not some new variant circulating which is dangerous and will turn the whole situation upside down,” Voniatis said.

Elsewhere, fellow government Covid-19 advisor Petros Karayiannis told Sigma that he is not concerned of a potential Shanghai spilling over.

“China is a peculiarity as far the pandemic is now concerned, it brought us the virus but it then later lacked the experience of other nations brought on by waves of infection, so therefore they lack natural immunity,” Karayiannis offered.

He also argued that the vaccines used in China, which are based on traditional technology, are not particularly effective. That, he said, coupled with low coverage amongst the elderly population has led to the lockdowns.

Anger and frustration amongst Shanghainese have gone viral on social media in China, where some have said that the volume of the dissatisfaction being expressed has disrupted the pervasive censorship.

Lack of access to basic food items, roof leaks at makeshift hospitals and tapes and locks to keep people imprisoned in their apartments are amongst the complaints emerging online.