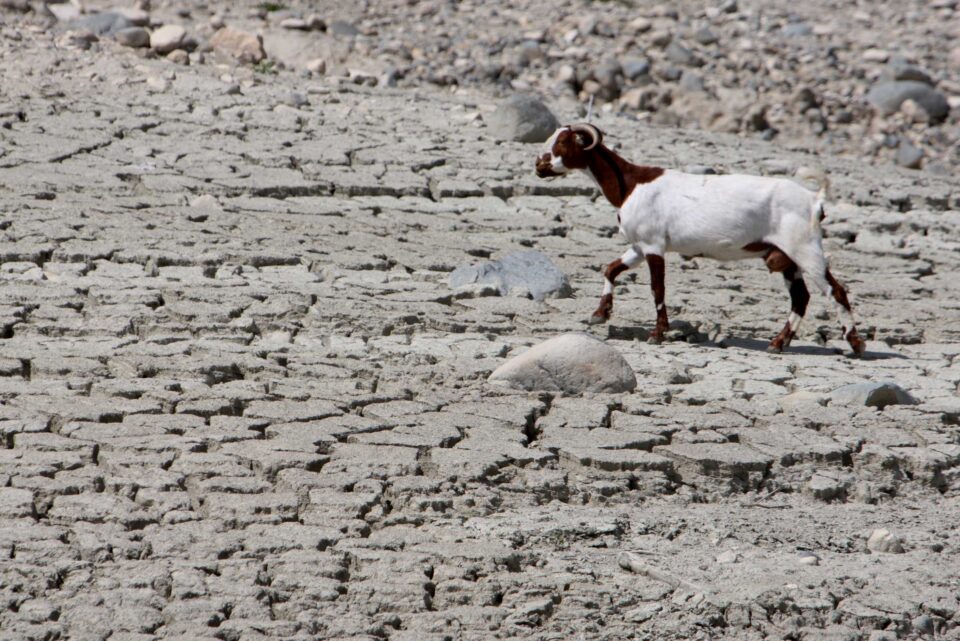 The latest IPCC report said we will need technological solutions to fight the climate crisis, but it must not be misread

So it has come to this. We have, it would appear, reached a point where the planet’s living systems are so degraded that they can no longer do the job. In fact, they could not do it, the warning goes, even if we all suddenly saw the light and lavished these living systems with the ‘TLC’ they so desperately need and richly deserve. ‘It’ being the bringing of our climate back into balance, or at least the preventing of catastrophic (possibly even run-away) climate change.

Natural systems such as forests, wetlands and the sea grass beds off our coasts have tremendous capacity to suck up and lock up carbon dioxide, the main greenhouse gas. Even semi-natural ecosystems such as farmland can do this, with proper management. In their healthy state, these living systems collectively act to maintain a climate suitable for life on earth.

But it seems the point has been reached where no amount of proper management or restoration of natural and semi-natural habitats can generate the carbon sinks and maintain the carbon reservoirs needed to keep climate change within acceptable limits. Not even the combination of nature restoration with emission cuts can get us there. We have – if the leading experts are to be believed – crossed a line.

The latest warning from the Intergovernmental Panel on Climate Change (IPCC), the UN body of international experts on climate change, was frankly eye watering. Earlier this month, the IPCC spelled out an alarmingly short time-frame within which change has to happen if we are to avoid average temperature increases of over 1.5 degrees C (a limit that experts agree is critical for planetary health). The UN body said “rapid, deep and immediate” cuts in carbon dioxide emissions were needed, to ensure these peaked by 2025, and dropped sharply after that, reaching net-zero by the middle of this century. Less than three years to the ‘no more’ threshold.

But there was more. Even should we achieve these drastic emissions cuts, we would still need technology to draw greenhouse gases out of the sky. Reducing emissions and restoring nature to mop up carbon dioxide is simply no longer enough, the experts warned.

To my mind, this represents a damning indictment of how bad we have allowed things to become. As testified by the growing biodiversity crisis, the amazing life-support system provided for us by nature has been so thrashed, bashed, neglected and undermined, that it can no longer do what it has always done. It can no longer provide us – and millions of other species – with a safe living space.

This IPCC warning is highly controversial, and also downright dangerous if misread.

Technology for drawing down carbon dioxide from the atmosphere does exit, but it is costly. Nature restoration and emission-cutting actions are almost always ‘win-win’ actions. More habitats means more biodiversity and less car use and less meat consumption lead to health benefits linked to better diets and increase exercise, for example. But expensive technological solutions have no real knock-on benefits to speak of. (Unless you happen to be or work for the company building the CO2-absorbing machines, that is – but even this is a short-term gain).

But the big danger lurking behind this dire IPCC warning is that it could derail the agenda. That is divert minds and actions from restoration of natural systems and emission cuts to technological solutions. The IPCC may have been clear in stating that technology would be needed in addition to the other solutions, but politicians have a way of focusing only on what suits them and, all too often, big industry.

An over-reliance on technology (and energy-hungry technology in particular) is largely what has got us into this mess in the first place. Had we maintained a healthy respect and care for nature, we would not have gone so far down the slippery global warming slope. Appropriate technology (photovoltaics leap to mind) of course has a key part to play in getting us out of this mess, but we must not let the lure of technological solutions divert from the necessary focus. Nature-based solutions are key to any sustainable climate change exit strategy. Simply put, this crisis must lead to a shift in focus that puts nature first. Always.

The hope has to be that the IPCC warning will shock us into action, and not bring a jaundiced, shrug-of-the-shoulders reaction from a world grown weary of bad news and dire warnings on this huge issue. The time for decisive and well-targeted action is now and it can – and must – be taken.

We each have a part to play in the planet rescue plan. You can eat much less meat and dairy (go vegetarian, even) drive and fly a lot less, install photovoltaics at home and support nature-conservation efforts in your area and country. These things will make a difference. But let us be clear here: the weight of responsibility rests with the decision-makers and leaders who have the power to change policies. That is what will really save us from catastrophic climate change.

I have said it before, but it bears repeating. Cyprus has hardly anything to gain and so much to lose, if we do nothing to halt climate change. For our island, official statistics show average temperatures rose by at least 1.5°C over the last century, while average rainfall was almost one-fifth lower in the period 1971-2000 compared to 1901-1930. Down the line, heat extremes are set to become the norm. Projections based on Cyprus Institute models suggest that the number of heat wave days (with temperatures above blood heat) will hit 210 a year by 2100. Half a century ago, we had only ten heat wave days a year in Nicosia.

Similar scenarios play out worldwide. For example, the Amazon rainforest, experts warn, is approaching a tipping-point beyond which this vital carbon sink turns into a drier, far less rich habitat with the burning hazard notched up to ‘max’.

There is growing international consensus that key to tackling the climate emergency is the preservation and restoration of natural systems, to mop up CO2 and build ecosystem resilience to the changes already afoot. We also have to do an ‘about turn’ in how we power our societies. Renewables are a growing part of the energy mix in Cyprus, but still too many wind farms and PV plants are licensed in natural and semi-natural areas that could and should be managed as carbon sinks and space for nature. And looming over all this in the seemingly unstoppable drive for natural gas exploitation. Cleaner than other fossil fuels it may be, but it is still a monumental ‘wrong turn’ at a time when the world needs to ditch carbon-based fuels, and fast.

The climate crisis needs all of us to do what we can on an individual level, but more than that, it needs decisive action at state level, and that is what we should all be shouting for.

Our View: Time for authorities to get proactive over social ills