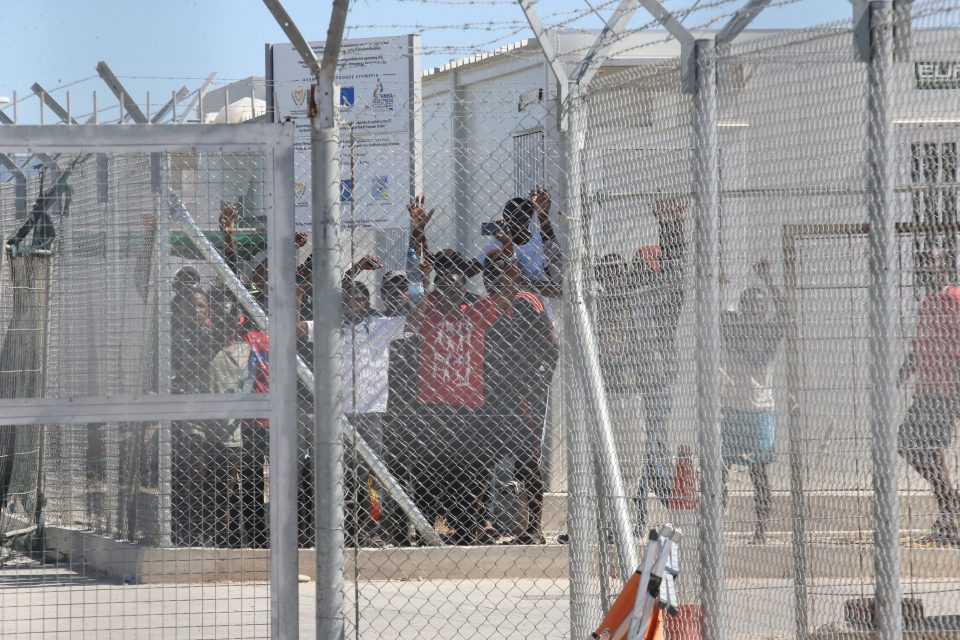 The 2021 US Department of State report on human rights in Cyprus shows significant improvements compared with previous years, the government said Thursday, notwithstanding  references on Ill-treatment of migrants among other violations.

He said that some media headlines “give the impression that this report is considered negative for Cyprus,” however, compared to previous reports, it records “significant improvements on specific issues,” he said.

“For example, the efforts of several departments of the Republic of Cyprus are acknowledged,” such as the ministry of labour, justice and the central prisons.

Regarding the scathing reports on the violation of migrants’ human rights, Pelekanos said “it is a fact that comments are being recorded towards the Republic of Cyprus regarding the management of refugee flows.”

Furthermore, he said, President Nicos Anastasiades had convened a number of meetings recently during which decisions were taken to address the problems arising from the emergency situation”.

Commenting on the references to  government corruption, Pelekanos cited the report which “acknowledged the Republic of Cyprus has taken concrete steps to identify, investigate, prosecute and punish officials whose actions have led to the offences of corruption and human rights violations.”

This was also in reference to the 2020 Al Jazeera documentary which showed former House President Demetris Syllouris and former Akel MP Christakis Giovanis helping a Chinese businessman with a criminal record — who it later emerged was fictitious – secure a Cypriot passport. Both resigned form their posts after the expose and an investigation was launched into the case which also led to the scrapping of the golden passport scheme.

“The well-known facts revealed by Al Jazeera are repeated, noting that measures were taken, investigations were carried out and criminal cases were registered against legal and natural persons,” said Pelekanos.

“Therefore it is right to read the report in its entirety and not just the headlines or excerpts”.

He said the US state department issues reports on all states worldwide.  “The report is a useful source of reflection and improvement,” Pelekanos added.

Published on April 12 this year, the 71-page human rights report on Cyprus refers to “credible reports” of substantial interference with the freedom of association of non-governmental organisations, refoulement and mistreatment of asylum seekers, including extended arbitrary detention and harsh conditions.

According to the US report, there have been reports that the police have at times engaged in abusive tactics and degrading treatment, in some cases to enforce coronavirus measures. According to press reports and non-governmental organisations, it continued, “members of ethnic and racial minorities were more likely to be subjected to such treatment.”

It clarified the law criminalises incitement to hatred and violence based on race, colour, religion, genealogical origin, national or ethnic origin, or sexual orientation. Such acts are punishable by up to five years’ imprisonment, a fine of up to €10,000 or both.

Concerning rape and domestic violence, the report said the government “generally enforced the law effectively” while police investigated 36 cases of rape and eight cases of sexual assault from January to September that year.

However, the report said, many cases continued to go unreported.

It added that despite the fact that police conducted “detailed” educational programmes for officers on the proper handling of domestic violence, NGOs reported that some officers continued to dismiss claims of domestic abuse by foreign women and children.

As in previous years, some prisons and detention centres, including those for asylum seekers and migrants whose deportation is pending, were overcrowded. It gave the example of department of prisons whose maximum capacity is set at 543, but the maximum number of detainees during the year was 793.

Overcrowding was also recorded in Pournara migrant reception centre, which the Office of the UN High Commissioner for Refugees (UNHCR) described as a “de facto detention centre” for asylum seekers.

Pournara was designed to accommodate new arrivals for 72 hours while they undergo medical, security, and vulnerability screenings before relocation to more permanent housing. But a steady daily inflow of 20-30 new asylum seekers in January coupled with the minister of interior’s de facto non-exit policy which was “allegedly instituted to mitigate COVID-19 spread, but which UNHCR claimed was not legal” had caused the camp’s population to triple since mid-November 2020.

UNHCR reported 1,503 migrants in the centre as of January 13, greatly exceeding the centre’s maximum capacity of approximately 1,000. Approximately 630 migrants were housed in the main camp and the remainder in quarantine areas that had tents without floors.

“From January to August authorities pushed back to Lebanon a total of five boats carrying Syrians,” it said.

The US foreign ministry report also referred to the authorities in the northern part of the island, saying “there were credible reports that members of the security forces committed some abuses”.

Premier League praised for assisting players who are observing Ramadan