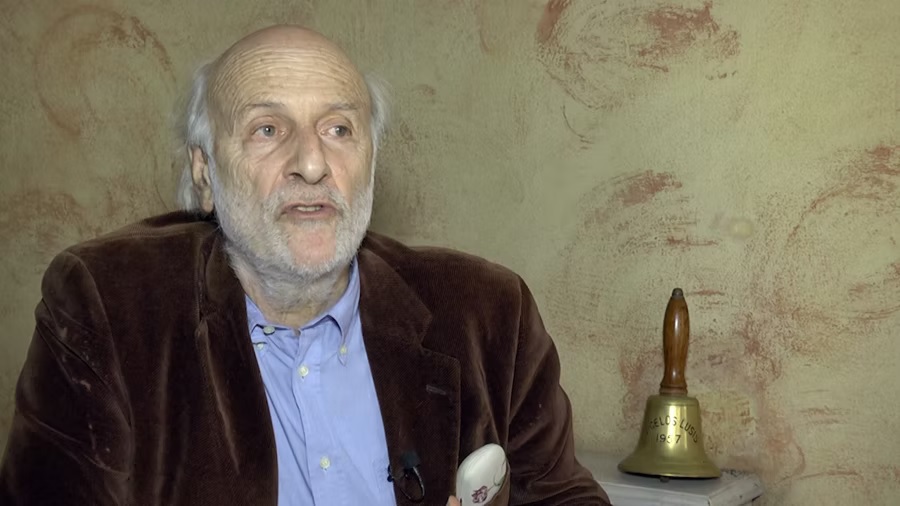 Costa Carras, tireless campaigner for the restoration of democracy in Greece 1967 -1974, founder member of the UK parliamentary lobby group Friends of Cyprus and the Greek Turkish Forum and a good Christian and a lot else besides died in Athens on February 28, 2022 aged 84.

He lived the good life of the ancients, and the modern Christian life of the late Metropolitan Anthony of Sourozh Diocese of the Russian Orthodox Church in Britain and Ireland of the Moscow Patriarchate whose ideas touched a chord in a young Costa Carras fairly early, and which stayed with him all his life.

For his part, Costa Carras influenced my thinking about the Cyprob, albeit within a much narrower compass. His way out of the Cyprus impasse was democratic participation based on cross-voting, which I found persuasive in the guise of an American-style electoral college flexibly adapted to suit Cyprus.

Unfortunately, such federal speculation is no longer fashionable and I have stopped writing about the Cyprob as it seems pointless – at any rate until the political climate changes and Cypriots return to their federal senses again.

I only mention cross-voting in appreciation of Costa Carras life and work and contribution to Greek and Turkish dialogue. I did not know Costa Carras well enough to write about him personally, although I owe him for the lunch he stood me at the Atheneum, his club in London’s Pall Mall; an invitation to soirée at his house in Camden Hill Square; and the couple of bottles of red wine, Chateau Carras, from his family’s vineyard that he gave me more than twenty years ago.

According to the Times obituary as he battled with cancer, he renounced all his commitments except to the foundation in memory of Metropolitan Anthony of Sourozh and I thought it fitting to write about both Costa Carras and the great churchman who influenced his life and to do so during the Holy Week this Orthodox Easter.

As a wealthy member of London’s Greek shipping elite Costa Carras lived his life beyond his family’ commercial interests to champion peace, democracy, culture, the environment, Greece and Greco-Turkish dialogue. But above all he promoted the understanding of Orthodox Christianity.

He co-edited a collection of essays called Living Orthodoxy in the Modern World and was deeply involved in the British Council of Churches Commission on Trinitarian doctrine – Father, Son and Holy Spirit – that lies at the heart of the Christian faith.

The doctrine holds that there is only one God not three, but that He exists in three persons who are not parts of a discrete God but each is fully and equally God. They do not have separate or consecutive roles but rather that God is one in essence, three in person.

It is possible for Trinitarian doctrine to make sense even to non-believers like myself. For God the Father I read the Creator and source of command morality of the Old Testament; for God the Son, I read the life, teachings and death of Christ on the Cross in divine solidarity with humanity which is the source of Christian ethics, human rights and the rule of reason; and for Holy Spirit I read God’s access to the soul of Man and the possibility of its survival beyond the grave.

Metropolitan Anthony inspired Costa Carras as he did many others owing to his unique ability to move a traditional religion like Christian Orthodoxy in lockstep with modernity for the latter part of the 20th Century during which he was fortunate enough to see the rejuvenation of Russian Orthodox Church after the collapse of communism in 1991.

His family were Russian diplomats before the 1917 Communist revolution. They became refugees in Switzerland after the revolution where Anthony was born Andrei Borisovich Blum in 1914 and died Anthony of Sourozh in 2003. He trained as a doctor in France during World War II and then joined holy orders and went to Britain and rose to be bishop at the Russian Orthodox church tucked away in the backstreets of fashionable Knightsbridge in London.

In an essay in 1968 he explained the Easter story by reference to the Russian Civil war between the Red Army and the Imperial Army but he did it so diplomatically you do not know who the bad guys were. A woman with two young children whose husband worked for the opposite side to the one in control of her neighbourhood was warned by a stranger, a woman of the same age, that she was in mortal danger and should escape. The woman said she could not because she had to care for her children. The stranger said she could escape because she would stay behind and call herself by the mother’s name. “But you will be shot,” said the mother. “Yes, but I have no children,” she replied. The mother and her children escaped and the stranger was shot.

It is a touching story and what Anthony extrapolates from it is what he called Christ’s perfect solidarity with humanity, which lies at the heart of the Easter story according to which Christ engaged in self-sacrifice similar to that of the stranger.

I wonder what Metropolitan Anthony would have made of the fratricidal war between Russia and Ukraine and the schism between the Russian Orthodox Church on the one side and the Ukrainian Orthodox and the Ecumenical Patriarchate at Constantinople in Istanbul on the other. I am sure both the war and the schism would have broken his heart as it has many Russians and Ukrainians.