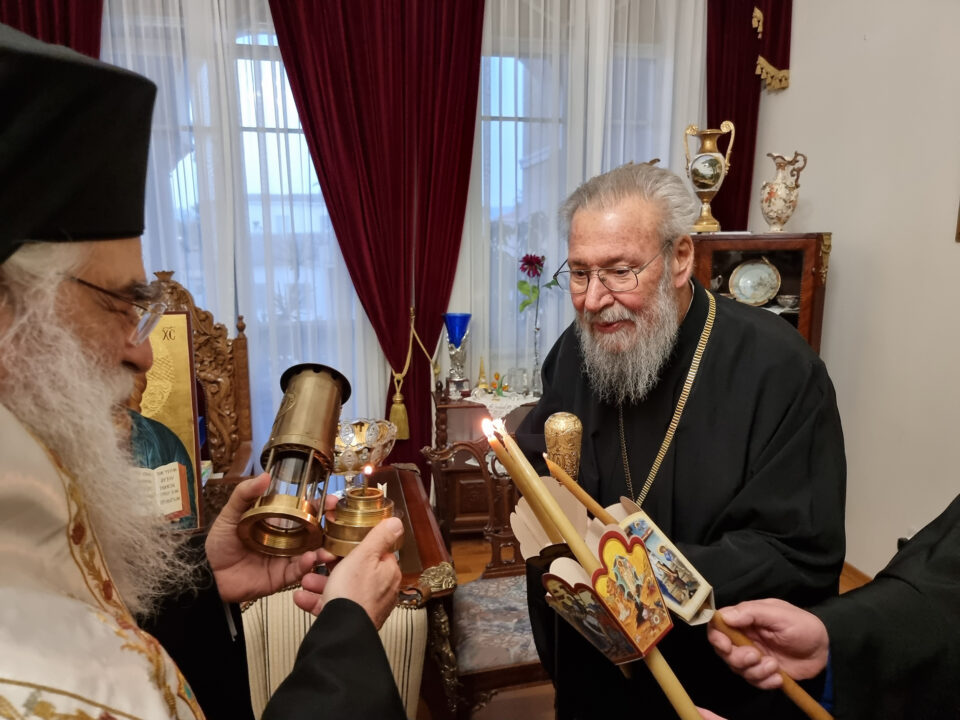 Archbishop Chrysostomos in his Easter message on Sunday, which was read out in churches islandwide, spoke of the war in Ukraine and the Turkish invasion of Cyprus saying it would be a “great mistake” to further retreat in the face of the conqueror.

“We are all witnessing the horrors of war, the death of thousands of people on both sides, the destruction of entire cities and the downfall of important historical and cultural monuments.”

He also referred to the trauma related to the displacement of millions of people, uprooting children and leaving many orphaned, and related it to 1974 in Cyprus.

“As members of the Church of Christ, we boldly declare that we are against any military invasion of one country against another,” he added.

“We declare respect for the preservation of the territorial integrity of the countries of the world and, in particular, for the preservation and protection of human life and property of every human being”.
Cypriot Hellenism, for almost half a century was still suffering the consequences of the Turkish invasion.

“And despite all the painful concessions we have made, in a sincere effort to find a peaceful solution to the Cyprus problem, this not only remains unresolved, but, on the contrary, we accept threats to settle the enclosed area of ​​Varosha with the obvious Turkish intent to occupy the whole of Cyprus,” he said.

The Archbishop spoke of the “pompous declarations” by the president of Turkey in connection with the opening of Varosha and the return of the inhabitants under Turkish administration during Tayyip Erdogan’s visit to the north last year.

But “the conqueror” was humiliated by the patriotism of the people, and with the help of divine providence, the weather turned so intense, it forced Erdogan to retreat, he said.

The archbishop also said that the fruitless negotiations that have been going on for so many years leaves no doubt that Turkey was using them to consolidate the invasion. “Therefore, we must realise that it is a great mistake to make any further retreat in the face of the conqueror,” he said.

In closing, the archbishop referred to the message of Easter, saying it was a victory of life over death and like Golgotha and the Crucifixion, the resurrection of the homeland would follow.

On Orthodox Easter, Zelenskiy vows ‘wickedness’ will not destroy Ukraine