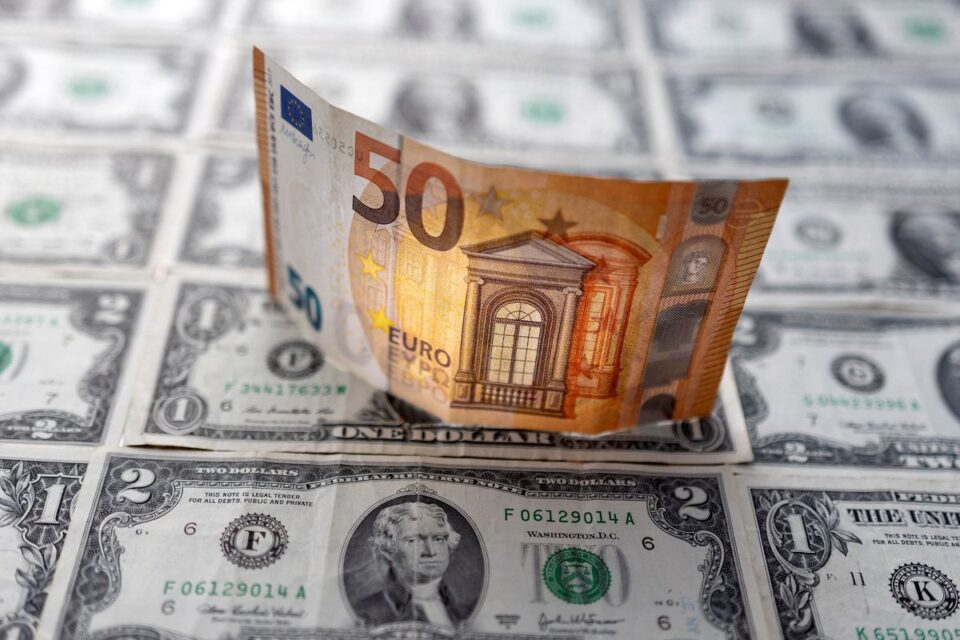 The euro fell below $1.06 for the first time in five years against a broadly strong US dollar on Wednesday amid rising concerns around energy safety and growth slowdown in China and Europe.

The single currency has fallen more than 4 per cent so far in April and is heading for its worst monthly loss in more than seven years as uncertainty around the war in Ukraine and China’s COVID lockdown measures led traders to ditch the euro in favour of the safe-haven dollar.

The US dollar index, which measures its performance against a basket of six major currencies, rose 0.3 per cent to 102.6, after touching its highest since the early days of the pandemic.

Also supporting the dollar index, traders wager that rates are going up faster in the United States than any other major economy.

“With risk assets continuing to show instability and markets having now made a conviction call on the Fed’s aggressive tightening cycle, the dollar has likely found a new floor,” Pesole said.

Elsewhere, the Chinese yuan took a breather, after falling to a 13-month low on Monday, steadying at 6.5547 per dollar.

Sterling, which has dropped more than 2 per cent on the dollar this week as soft retail sales data has prompted a re-think of Britain’s rates outlook, hit a fresh 21-month low of $1.2543.

Commodity currencies have also sold lately in favour of the safety of the US dollar, driving the New Zealand dollar to its lowest levels since January of $0.6551.

The Norwegian crown slipped against the dollar to its lowest level of 9.2200 since November 2020.

The Australian dollar briefly touched its lowest level since February but caught some wind after Australian consumer prices surged at their fastest annual pace in two decades, spurring speculation that interest rates could be lifted from record lows as soon as next week. The Aussie was up 0.3 per cent at $0.7149.

The stronger dollar also dented an attempted bounce for the yen, which had seen some support from safety flows and positioning for the risk of a policy shift. The yen last traded 0.7 per cent lower at 127.93 per dollar.

The Bank of Japan meets on Wednesday and Thursday and markets see some risk of adjustment to forecasts or even policy changes to try and arrest the currency’s recent weakness.

The South Korean won was slammed to a two-year trough after North Korea pledged to boost its nuclear arsenal.