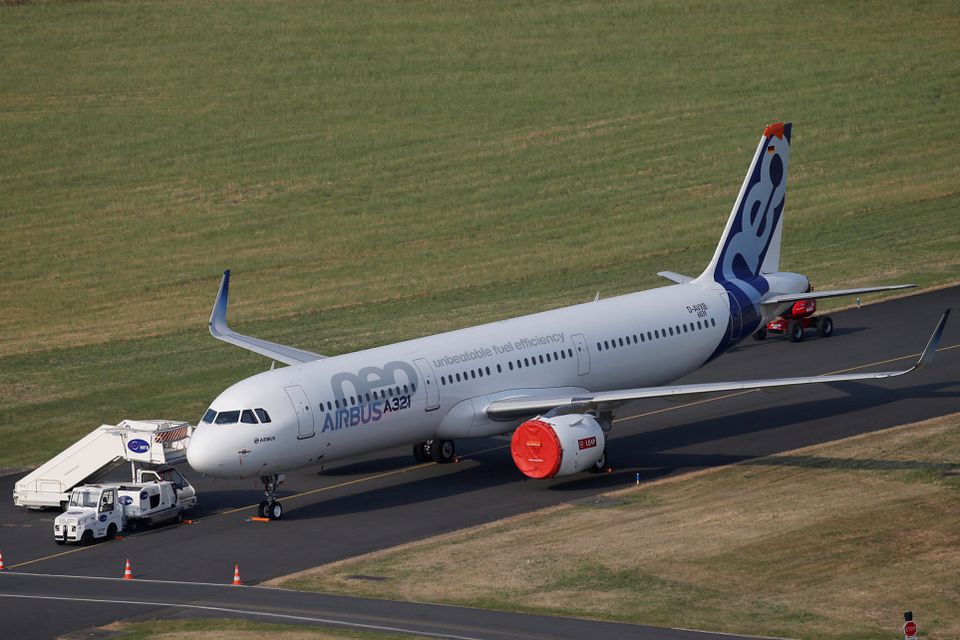 A British judge on Tuesday denied a request by Qatar Airways to force Airbus (AIR.PA) to keep building A321neo jets for the Gulf airline, in a setback to the carrier amid a wider airplane dispute that has triggered a major falling-out in UK courts.

The decision means the world’s largest planemaker is free to market the in-demand jets to other airlines while the two sides pursue a separate dispute over the safety of larger A350 jets.

Airbus revoked the A321neo deal in January in retaliation for Qatar’s refusal to take A350s in their core dispute over damage to the painted protective layer of the larger jets.

The judge rejected Qatar’s argument that it could not obtain similar aircraft to make up the shortfall in A321neo supply, for example by turning to the leasing market or by deploying 737 MAX jets that it has provisionally ordered from Boeing (BA.N).

The decision does not rule out Qatar reinstating the contract at a fuller trial, but means that the cost of filling any gap between now and then can only be addressed by financial damages rather than forcing Airbus to build its customised jets.

A hearing in London’s High Court was expected to turn later on Tuesday to the timing of what amounts to a widely watched corporate divorce trial, despite what some sources described as a glimmer of hope of an eventual settlement.

The knock-on decision to cancel the A321neo deal had alarmed some airlines, with the head of the International Air Transport Association describing it as a “worrying” development in a corner of the market where Airbus enjoys the bulk of new orders.

The head of Dubai’s Emirates has said he is “not unsympathetic” to its main Gulf rival over the A321neo fallout.

Airbus says the two contracts are connected by a “cross-default” clause that allows it to pull the plug on one deal when an airline refuses to honour the other.

It has accused Qatar Airways, the A350’s biggest customer, of airing invalid safety concerns to avoid taking jets at a time of weak demand, and to activate a $1 billion compensation claim.

Qatar says it was right to stop taking A350 deliveries over what it describes as genuine safety concerns by Doha’s regulator over gaps or corrosion in a sub-layer of lightning protection left exposed by cratered paint on over 20 grounded A350s. It says the cross-default clause does not in any case apply.

Airline officials worry the A321neo case may set a precedent allowing disputes to ricochet from one contract to another, tightening the grip of plane giants Airbus and Boeing (BA.N).

“People will look at this and take extra care to resist such cross-default clauses,” the head of a large airline fleet said.

Backed by European regulators, Airbus denies any A350 safety flaws, though it has acknowledged that paint peeling is a feature of modern carbon jets, requiring re-painting more often.

Qatar Airways says the problem of decaying paint, and the resulting exposure of anti-lightning mesh surrounding the carbon fuselage, results from a defect in the plane’s design.

A Reuters investigation in November revealed the problem affected other carriers though apart from Qatar none has taken planes out of service, except for surface repairs.

The court battle has punctured the secrecy surrounding more than a decade of aircraft negotiations and taken the lid off closely guarded planning methods inside the global jet industry.

Multiple industry sources say it is in neither side’s interest to spark a full-scale trial, producing a flood of further disclosures and testing relations between France and Qatar at a time when Europe urgently seeks new gas supplies.

But while neither side has closed the door to a negotiated settlement, Tuesday’s lawyer-packed hearing reflected the gloves-off nature of the row, as one of aviation’s pivotal business relationships unravels in London’s High Court.

The airline was ordered to pay most of Airbus’ costs on the A321neo part of the case.