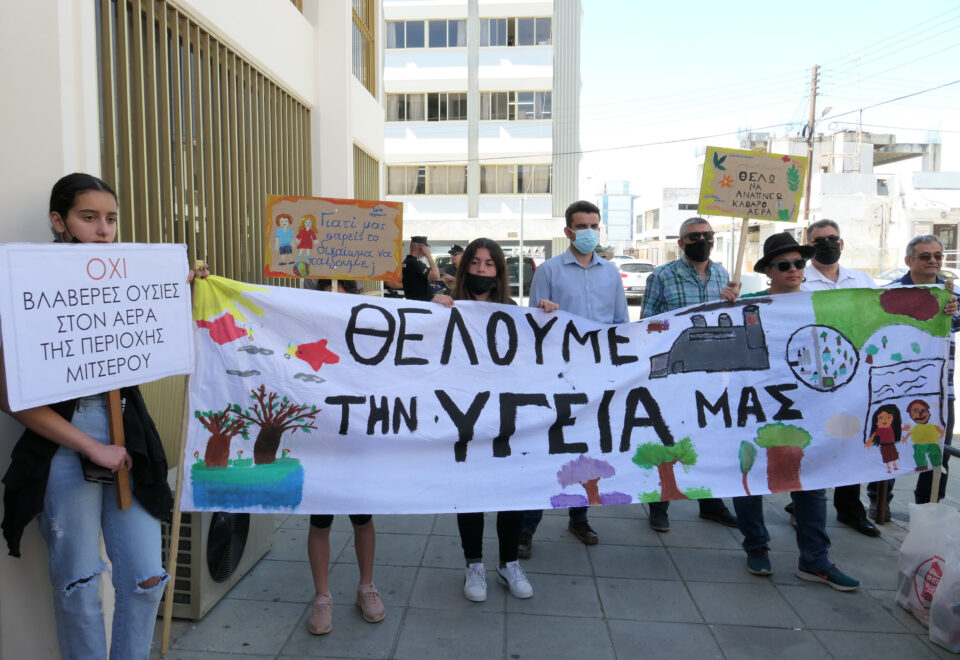 Pollution should be eliminated not transferred from one place to another, the Green Party said on Thursday after participating in a demonstration of 12 Nicosia communities against the relocation of a Dali asphalt plant to Mitsero.

Residents gathered outside the Nicosia district administration on Thursday reiterating their determination to continue to demand the revocation of the cabinet decision to build the asphalt plant, that was previously hosted in Dali, in their area.

The decision to move the plants came after a long-standing demand of Dali residents who have held numerous protests on the issue.

Meanwhile, in February, the Supreme Court decided to suspend the operation of the two asphalt factories in the areas of Geri and Tseri pending their relocation after residents complained of pollution, which affected the primary and nursery school in Dali.

According to the protestors, a total of 1,000 students attend surrounding schools and the construction of an asphalt plant in their area would be “dangerous and wrong”.

The demonstration attended the leadership of the Green Party, including leader Charalambos Theopemptou who echoed the residents’ concerns.

“Mitsero is already a particularly polluted area…and now we are particularly concerned about the possibility of siting asphalt plants in this polluted area, which will emit dangerous chemicals and noxious odours,” he said.

The party leader explained that Cyprus does not have a legislation regulating hazardous chemicals other than those defined by the relevant European Directive.

“To this end, I have carried out a survey with the help of the House of Representatives and we have collected material on how other European countries manage the suspended chemicals that are not included in this directive,” Theopemptou said. He added that the green party commissioned scientific partners to prepare a legislative proposal to regulate this issue.

Mitsero residents have held a series of demonstrations against the move while the nine communities around Vasiliko area have also repeatedly warned they would take dynamic measures if the decision to relocate the asphalt plants is not implemented.