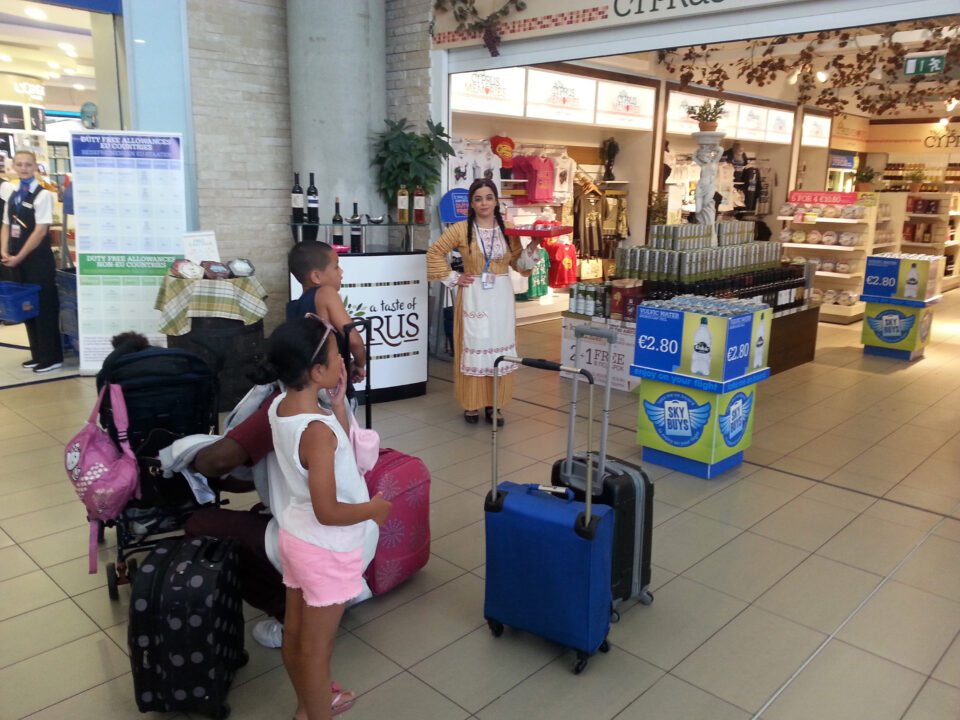 This summer is looking to be a busy one for Paphos Airport, with 59 destinations in 21 countries connected through flights by 15 airlines that will gradually exceed 250 per week, Transport Minister Yiannis Karousos said on Saturday.

Karousos’ address focusing on the progress of infrastructure works in Paphos was read on behalf of the minister by Cyprus Ports Authority head Antonis Stylianou at the 7th annual Fish Festival, organised by Polis Chrysochous municipality at Latchi harbour.

In view of the start of the tourist season, he said that this year’s tourist traffic is expected to rise by 50 per cent as opposed to 2021.

He also said he was certain the Paphos district will recover significantly after two difficult years thanks to the existence of Paphos airport.

Karousos also pointed out the importance of the establishment of a Paphos-Athens route throughout the year, which came as a request of the local community in the Paphos district.

In his address, the minister said that investments in the development of remote areas are one of the government’s priorities, in the context of its broader policy for improving infrastructure and promoting development projects to improve locals’ quality of life.

“To this end, the transport ministry is managing projects islandwide with a budget of over €1.2 billion,” he said. “Despite being affected by the difficult circumstances created by the pandemic and the Russian invasion of Ukraine, these much-awaited projects were not cancelled”.

Among them is the Paphos – Polis Chrysochous road, which the local community had been requesting for years, he said, adding that “it is no lie that a lack of a road network was a deterrent to the area’s development”.

The project has a total length of approximately 31 km and will be implemented in two phases, with work on the first phase starting next July with a budget of €86.8 million.

Another important project promoted in the area is the expansion of the Port in Latchi, “a popular destination for quality tourism in our country that is an attraction for locals and foreign visitors”.

The aim of the decision to expand the Port is to create infrastructure for new berths, with multiple benefits for tourism and the economy of the area, the transport minister said.

The project is estimated to cost €45 million and will include marine projects, new quays and wave breakers.

Other projects of note he mentioned included a bus station for Polis Chrysochous worth €59,143 which is expected to be delivered and operational very soon, sidewalks, landscaping in Latchi and an elevated pedestrian crossing worth €155,000.

In addition, the ministry set aside €1.17 million for rhe construction of a bicycle-pedestrian path in the area of ​​Polis Chrysochous-Latchi, and €71,000 for the construction of shielding from marine erosion on the coastal promenade in Latchi.

Karousos said that in addition to infrastructure projects, his ministry is collaborating with Polis Chrysohous municipality on protecting and promoting its archaeological sites with a budget of  €700,000 which was approved by the cabinet.

This is expected to facilitate public access to the sites “bringing multiple benefits for the economic, tourist and cultural development of the area”.

“With the completion of the Paphos-Polis interconnection, in addition to the many other projects underway, not only will the residents of Polis Chrysochous and the neighbouring communities be served more easily, but at the same time a new impetus will be given to the economic and tourist development of the whole region”.