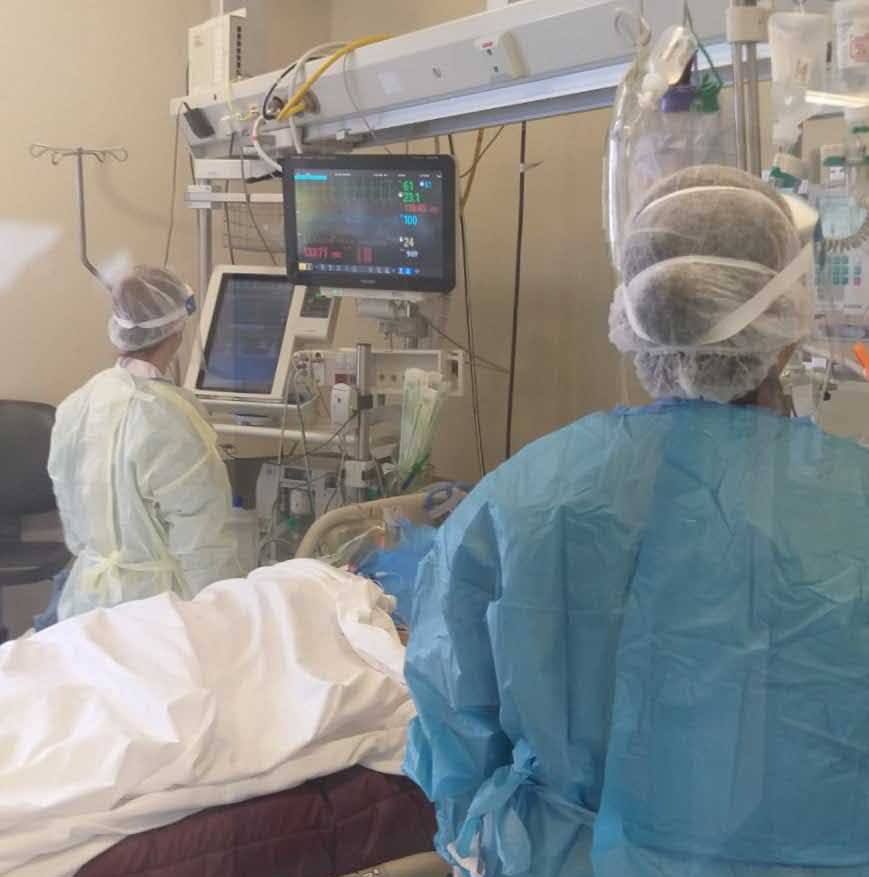 All-cause excess mortality in Cyprus last year saw a massive 16.5 per cent deviation from the mean of the previous five years, a just-released peer reviewed study has found. The anomaly in extra deaths held even when accounting for Covid-19 deaths – findings that gel with data elsewhere and which compound a riddle that some experts are striving to figure out.

Carried out by a team of scientists from Greece, Cyprus, Britain and Switzerland, the study was published in the ‘Cureus’ scientific medical journal on April 20.

The authors used data reported by Cyprus’ health ministry to Eurostat, including weekly all-cause mortality over the period 2016-2021, as well as data collected by the European Centre for Disease Prevention and Control regarding daily reported Covid-19 cases and Covid-19-related deaths.

“A reasonable concern arises from this worrying increase, that is, whether it is all explained by the number of deaths that were reported due to Covid-19 during the same time period,” the authors state.

Going deeper, the authors tracked and excluded Covid-19 deaths from all fatalities. That still left a statistically significant deviation from previous years.

“In addition, by calculating the percentage change of deaths for each of the two consecutive years over the last six years (from 2016 to 2021), we observed that the increase in mortality was not a part of an expected trend over time.”

The authors describe the findings of their data analysis as “worrying regarding the year 2021, demonstrating a substantial, statistically significant, elevation in mortality from all causes in the general population, especially during the third and the fourth quarters of 2021.”

The study however does not delve into attribution:

“At this stage, in the absence of granular data, we are not able to attribute the increase to specific causes. However, excluding the reported number of deaths from Covid-19, we observed an increase in the total mortality from all causes in Cyprus, especially in the third and the fourth quarters of 2021, based on data released by Eurostat, a phenomenon which coincides chronologically with the parallel vaccination campaign.”

Given these concerns, the authors call for research “to elucidate in-depth knowledge regarding these critical issues not only on a national but also on a global level.”

The Sunday Mail reached out to one of the paper’s co-authors, Elpidoforos Soteriades, Associate Professor of Epidemiology and Public Health at the Open University of Cyprus.

In an emailed response to follow-up questions about the study, Soteriades said the outlier in 2021 stands out especially in the third and fourth quarters – something seems to have been happening during that timeframe.

To put 2021 into context, we asked Soteriades how the previous year fared in terms of its mortality compared to the mean fatalities going back to 2016.

It turns out that 2020 saw a small rise in mortality compared to the prior four years. Taking into account that 2020 was a leap year, there were 111 more deaths in 2020 compared to 2019, in which year there was no pandemic. By comparison, the excess deaths in 2021 were much higher.

While stressing their study does not attempt attribution for the excess mortality observed, the Harvard-educated epidemiologist nevertheless had this to say:

“Vaccination basically started slowly in the beginning of the year [2021] and gradually expanded to cover a large proportion of the population over time. Vaccinations were increasingly offered to different parts of the population the following months including the third and fourth quarters of the year 2021. Therefore, it is highly concerning that we observed a parallel increase in mortality during the same period of time.

“If anything, someone would expect to see a decrease in morbidity and mortality during the time of the vaccination campaign given the marketed benefits of these vaccines. However, we have documented exactly the opposite with respect to mortality.”

Soteriades is quick to reiterate their findings do not assign the increased mortality to any specific cause. The purpose of their work was to alert public health authorities in Cyprus about “this worrying observation and to call for a comprehensive investigation of this observed sharp increase of mortality in an effort to identify the underlying causes.

“Detailed information about all individual-level cases, such as the age, gender, geographical distribution, medical history, vaccination status, cause of death, and seasonality, are necessary to scientifically elucidate the potential hidden etiologies of this excess mortality.”

According to the website Our World In Data, the rate of vaccination in Cyprus (doses administered per 100 people) spiked twice during 2021 – from early May to early July, and then from late November to late December (https://ourworldindata.org/covid-vaccinations?country=~CYP).

The phenomenon of excess deaths during 2021 – even accounting for Covid – has turned up in other countries as well. A variety of tentative explanations have done the rounds – weakened immunity caused by shelter-in-place policies, reduced access to healthcare care due to the lockdowns, or a combination thereof.

In Indiana, USA, life insurers reported at the beginning of this year that deaths were up a stunning 40 per cent from pandemic levels among working-age people.

Scott Davison, CEO of OneAmerica, an Indianapolis-based insurance company said the upsurge in deaths represents “huge, huge numbers,” and that’s it’s not elderly people who are dying, but “primarily working-age people 18 to 64.”

“And what we saw just in third quarter, we’re seeing it continue into fourth quarter, is that death rates are up 40% over what they were pre-pandemic,” Davison told the Center Square publication (https://www.thecentersquare.com/indiana/indiana-life-insurance-ceo-says-deaths-are-up-40-among-people-ages-18-64/article_71473b12-6b1e-11ec-8641-5b2c06725e2c.html)

“Just to give you an idea of how bad that is, a three-sigma or a one-in-200-year catastrophe would be 10% increase over pre-pandemic,” he said. “So 40 per cent is just unheard of.”

Davison clarified that most of the claims for deaths being filed were not classified as Covid-19 deaths.

“What the data is showing to us is that the deaths that are being reported as Covid deaths greatly understate the actual death losses among working-age people from the pandemic. It may not all be Covid on their death certificate, but deaths are up just huge, huge numbers.”

Brian Tabor, the president of the Indiana Hospital Association, told the same publication that at the time hospitals across the state were being flooded with patients.

And speaking at a news conference in January, Dr Lindsay Weaver, Indiana’s chief medical officer said the number of hospitalisations in the state was “higher than before the Covid-19 vaccine was introduced a year ago, and in fact is higher than it’s been in the past five years.”

As far back as the end of last year, experts in the UK (https://www.theweek.co.uk/news/science-health/954825/extra-non-covid-deaths-increase) noticed something amiss and were calling for an inquiry into whether thousands of non-Covid deaths going back to July 2021 might have been prevented.

Office for National Statistics figures at the time showed a surge of around 20,800 additional deaths in England and Wales in the previous four months compared with the average for the same period in the five years up to 2019. Of these extra fatalities, or excess deaths, 45 per cent were not related to coronavirus.

Also in November 2021, The Times ((https://www.thetimes.co.uk/article/excess-deaths-at-home-not-driven-by-covid-ons-says-5tsrhx0lw) reported that the latest data indicated “private homes are the only setting where deaths in England and Wales have been consistently above the pre-pandemic average every month from January 2020 to June 2021.”

Our View: Ukraine has become a proxy war but we should not forget who caused it