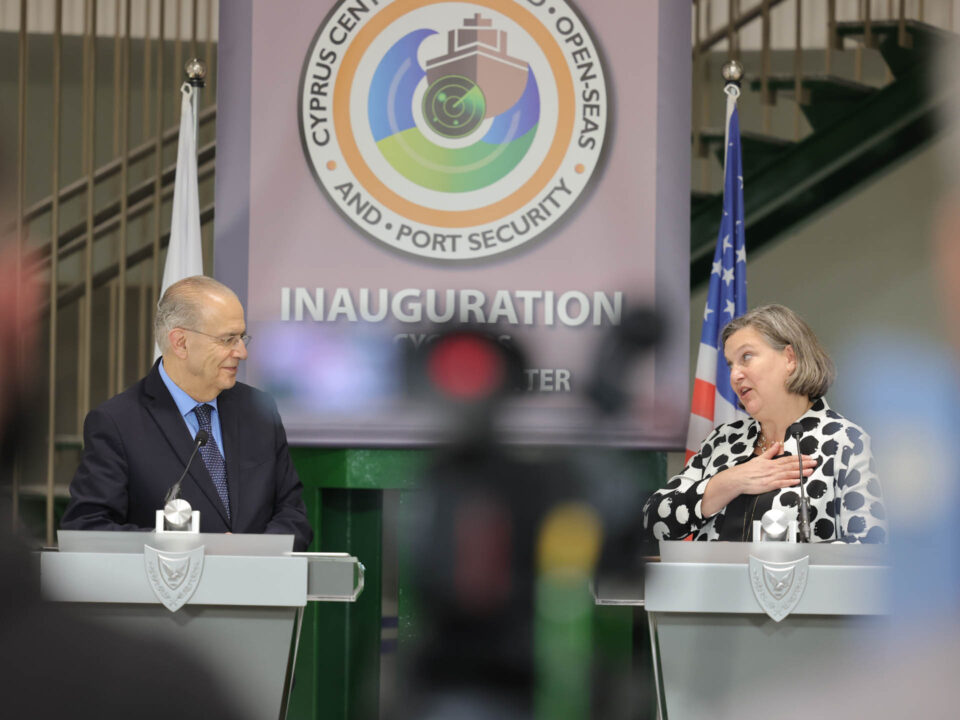 The foreign ministry on Saturday said the Republic has now fulfilled the requirements of the US 2019 partnership act and hopes that Washington will fully lift its decades-old arms embargo on Cyprus.

In a statement, the ministry appeared positive regarding the possibility of a total lifting of the US arms embargo against the Republic of Cyprus, imposed in 1987.

It said the institutional process to examine the issue is expected to start, “without, of course, prejudging the outcome of the US internal procedures”.

The ministry added that it believed Cyprus has now fulfilled all the requirements of the Eastern Mediterranean Security and Energy Partnership Act of 2019 passed by the US Congress following a proposal by US Senators Bob Menendez and Marco Rubio, and therefore expects a positive outcome.

The legislation led the US to partially lift its arms embargo against Cyprus in 2020 to allow for “non-lethal” military goods to be sold to the Republic, including military training programmes.

In return, Cyprus was to refuse Russian military vessels docking in ports in the government-controlled areas amongst other stipulations.

The move, which was immediately condemned by Turkey, was welcomed by President Nicos Anastasiades who called it a “positive development which reinforces further the bilateral security relationship”.

There will inevitably be speculation that the foreign ministry’s statement is linked to the US’ request early last month that the National Guard hand over Russian-made weapons systems to Ukraine for use in its fight against Russian forces.

These include the National Guard’s anti-aircraft systems, tanks and attack helicopters. The request included the TOR/M1, the S-300 system in Crete and anti-aircraft BUK M1-2 system. The tanks are understood to be the T 80U and BMP-3, while the helicopters are of the Mi-24 class.

At the time, Defence Minister Charalambos Petrides confirmed the US request had been received but emphasised that practical issues complicated matters, such as how the systems would be replaced in light of the ongoing US arms embargo against the Republic.

The partial lifting of the US embargo was renewed for one more year in September 2021 when the US State Department said it was extending “the effective period of the International Traffic in Arms Regulations temporary modification to allow the temporary removal of prohibitions on exports, reexports, retransfers, and temporary imports of non-lethal defence articles and defence services destined for or originating in the Republic of Cyprus through September 30, 2022, unless modified.”

Under the National Defence Authorisation Act for Fiscal Year 2020 and the Eastern Mediterranean Security and Energy Act, “the policy of denial for exports, reexports, or transfers of defence articles on the United States Munitions List to Cyprus shall remain in place unless the president determines and certifies to the appropriate Congressional Committees not less than annually that: (A) Cyprus is continuing to cooperate with the US Government in anti-money laundering reforms; and (B) Cyprus has taken the steps necessary to deny Russian military vessels access to ports for refuelling and servicing.

Opposition party Akel had criticised the government “triumphalism” over the partial lifting, saying that was a “very small step forward” which comes “on the precondition that the Republic of Cyprus will ruin its relations with the Russian Federation and not permit Russian ships to dock in Cypriot ports”.

Earlier this year, US Under Secretary of State for Political Affairs Victoria Nuland, on a short visit to Cyprus as part of a tour in the region, inaugurated the US funded security training facility, Cyprus Centre for Land, Open-seas, and Port Security (Cyclops) which was part of the 2019 act.

The training centre is “a place where the United States and Cyprus could work together to promote regional safety and security by providing training and assistance in border security, in non-proliferation of weapons of mass destruction, in cybersecurity, in maritime security and so much more,” Nuland said.