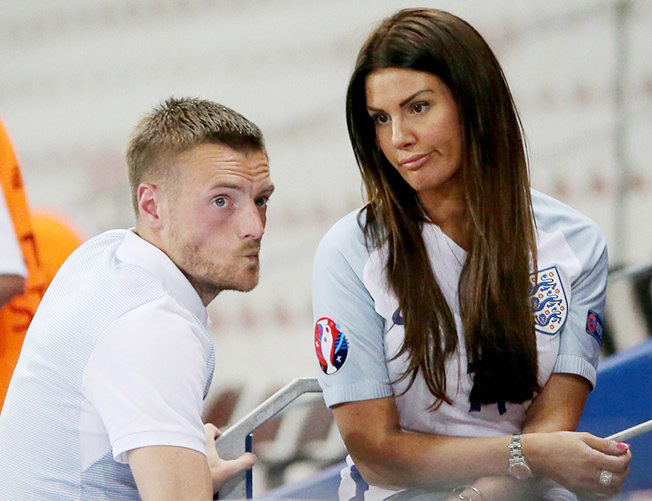 A libel trial pitting the wives of two former England football strikers Wayne Rooney and Jamie Vardy kicked off on Tuesday, a battle mixing glamour, amateur sleuthing and a sting operation which has gripped the media and public.

The case involves Coleen Rooney, 36, the wife of former England ace Wayne who holds the record for the most international goals for his country, and Rebekah Vardy, whose husband Jamie has also played and scored for the national side

Vardy, 40, is suing her former friend for libel after Rooney accused her of leaking stories about her after staging an elaborate sting operation to find out who was passing on details of her private life to the Sun tabloid.

The battle has been dubbed the “WAGatha Christie” case, a reference to the “WAG” moniker given to the glamorous group of footballers’ wives and girlfriends and Rooney’s detective work.

Hugh Tomlinson, Vardy’s lawyer, told London’s High Court that the case was “far from entertaining” and said his client who had received threats online and been jeered at matches.

“She needs to be able to clear her name,” he told the wood-panelled court where the two women sat just feet apart, with Rooney sitting next to her husband.

The intrigue began almost three years ago when Rooney became suspicious about stories appearing in the Sun involving information about her from her personal Instagram account. She turned detective to try to find out who the culprit was.

She said she blocked everyone from viewing her account except one person and then posted a series of false stories to see whether they leaked out, which she said they had.

She wrote on her social media accounts that only one person had viewed the false stories, concluding with the revelation: “It’s … Rebekah Vardy’s account.”

But he said there no irrefutable or direct evidence Vardy was the culprit.

Lawyers for Rooney, who will have to prove that her accusations are either substantially true or in the public interest, say the case was essentially about betrayal.

They argue Vardy had conducted a campaign of deletion to get rid of media files and WhatsApp messages.

In a plot twist of which Agatha Christie herself might have approved, the phone of Vardy’s agent Caroline Watt had ended up at the bottom of the North Sea after she accidentally dropped it over the side of a boat.

“There is no campaign of deletion,” Tomlinson said, saying messages that did exist supported Vardy.

The trial is due to last a week with both women and Wayne Rooney due give evidence.