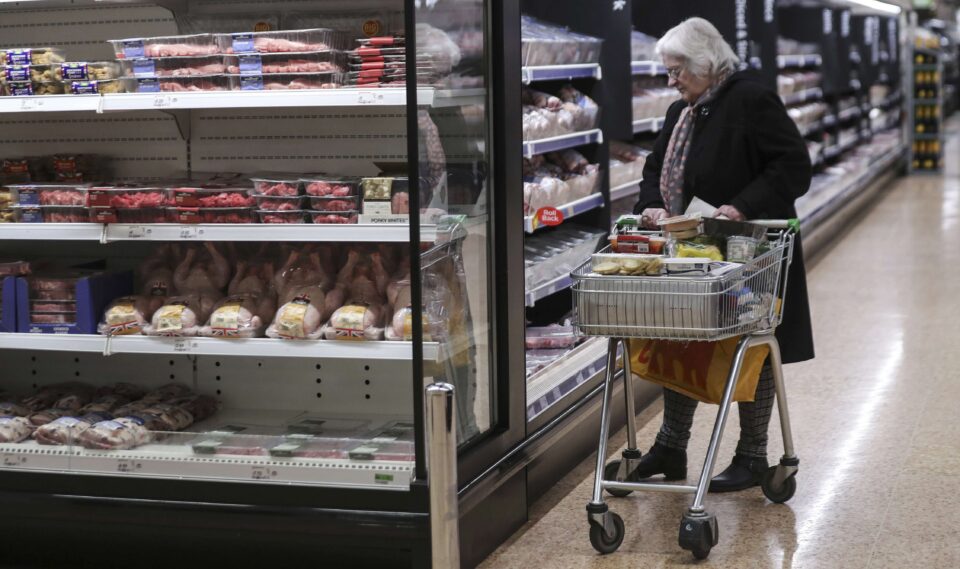 Business leaders have called on the president to urgently boost the island’s self-sufficiency in terms of the food supply, warning that based on current data, higher prices and shortages “will intensify in the near future”.

In a letter to President Nicos Anastasiades and four ministries signed by its president Christodoulos Angastiniotis, the Cyprus Chambers of Commerce and Industry (Keve) outlined a number of steps the government could take to mitigate an impending crisis.

After the start of the war in Ukraine and there was a knock-on increases in the prices of fuel, electricity, and shortages in the supply of several products used in the food chain such as grains for both human and livestock consumption,” the letter said, adding that these challenges were likely to affect inflation for the next two years.

In addition to the continuous increases recorded in fuels and cereals, similar increases were being recorded in many other products such as iron, aluminium, wood, chemicals, imported raw materials and final consumer products “which push inflation to even higher levels”, Keve said.

The transport sector was also being affected, and shipping companies have had to increase their rates, pushing import and export costs even higher.

“The major upheavals in the supply chain, which began with the pandemic and have intensified due to the war in Ukraine and sanctions imposed on Russia, and are fuelling further increases in all products, causing severe delays in deliveries and growing shortages,” the letter said.

These upheavals, it added, also significantly affect the imported food sector, and there were concerns that these upheavals would continue due to the reversal of the pandemic in countries such as China.

“The CCCI estimates that based on current data these problems will intensify in the near future, while if the war in Ukraine does not end soon and the spring grain harvest in Russia and Ukraine is lost, the shortages and consequently the increases prices on these products will be even sharper,” it said.

There is also widespread concern that shortages and increases in the prices of these products will increase further due to expected shortages of fertilisers and pesticides used in the production of cereals, which come mainly from Russia and Ukraine.

“Serious upheavals” are also expected in the professional services sector in so far as they relate to Russian nationals or companies, due to the sanctions “which in practice hinder or further hinder any business activity with this country”. Tourism was also affected due to the Ukraine war, Keve said.

Based on all these factors, Keve said it was clear that the main problems Cyprus is expected to face in the near future, “possibly until 2023” include high inflation, high energy costs for both businesses and households, limited quantities of grains at high prices, medium-term shortages of raw materials and declining sales.

The letter lists a number of measures that the government could take to help businesses, farmers and the public to weather the storm that include tax and renewable energy incentives and subsidies.

The government must ensure sufficient quantities of cereals, mainly for livestock purposes but also for human consumption, to ensure the survival of the animals and the continuous supply of meat to the market, Keve said. Fish farms should also be given incentives to boost production.

“The state must enhance the country’s self-sufficiency in a number of products that are considered strategic for the survival of citizens and the smooth operation of our industries in future similar situations, such as food and other industrial products,” it added, including incentives for the creation of larger storage facilities, silos and cold stores to increase the country’s storage capacity for food.

Other suggestions include not raising the minimum wage or the cost of living allowance in 2022 as this would further fuel inflation. Keve also suggested zero VAT rates on certain product categories, and reduce energy levies, and reduce or axe import duties from third countries on a number of products to keep retail prices low.

The imposition of a price ceiling on products, Keve said, “should be done with extreme caution and sparingly, only in exceptional cases”. The ceiling should be imposed on the profit margin and not on the retail selling price, it added.

In the construction sector, there should be a frequent review of prices on various materials to reflect current prices, projects should be given extensions without penalties and there should be fuel subsidies for those large projects where heavy machinery is deployed, Keve said.

A number of tax relief measures could also be put in place in the real-estate sector, Keve said such as VAT refunds on sales, incentives to young couples to buy rather than rent, plus incentives for owners to keep rents at affordable levels.