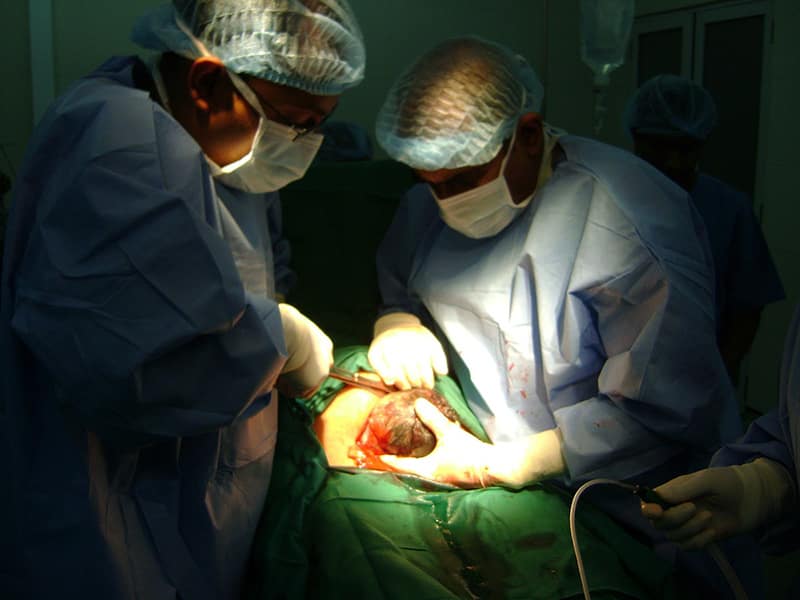 Caesarean sections in Cyprus reached 61 per cent of total births in 2020, while the acceptable limit set by the World Health Organisation is up to 15 per cent, the head of the midwives association Stella Leontiou revealed on Friday.

She added that the increase in C-sections has resulted in a shortage of midwives as not enough vaginal births were taking place for students to complete midwifery courses.

Hence, the number of midwives in Cyprus is not sufficient, Leontiou said, noting there are only around 380 to 400 midwives in the private and public sector.

According to Leontiou, medicalising childbirth means “we are interfering with physiology, thus disturbing the normal chain of events to occur”.

“Any interference that is not considered physiological, weakens the woman both physically and psychologically,” Leontiou told the Cyprus News Agency.

She explained that this later affects newborns.

“The effects of caesarean section have been shown in theory and research that they increase both in their pathology and mental state,” she said.

On the other hand, midwife care reduces both maternal and neonatal mortality, she added.

Leontiou referred to an incident where there was no midwife during delivery and the mother experienced postnatal haemorrhage and died. But no recent deaths have been caused due to lack of midwives in Cyprus, she said.

Every clinic should employ at least five midwives according to the relevant legislation, a number that Leontiou believes insufficient.

“Every woman should have a midwife to support her while giving birth, but also before the delivery,” she said, citing the midwives model, thus “it is not enough for a maternity clinic to have five midwives and just cover the shifts, this means reduced quality obstetric care for women.”

For this reason, two clinics were threatened with closure last year “because they refused to employ the minimum number [of midwives] they had to employ to operate as maternity clinics”.

The problem is exacerbated by the fact that many midwifery students abandon their “time-consuming” course in the middle of the programme”.

To complete the midwifery course under the guidelines of the national legislation which has been modernised with the European directives, a midwife has to perform 40 deliveries.

These childbirths were carried out in state hospitals. However, due to the implementation of the national health scheme (Gesy) many deliveries are taking place in the private sector under the scheme.

“This problem is perpetuated,” Leontiou said, adding there are efforts taking place to resolve it.

To help the students, Leontiou said the Nursing and Midwifery Council this year has evaluated clinics that have been proposed by the universities, so that they can cooperate for midwives to carry out deliveries there.

“There are gynaecologists who are very cooperative and allow midwives to deliver babies in their clinics, under their supervision and that of a supervising midwife,” Leontiou said, noting however, that only a percentage of the 40 deliveries are allowed to be conducted in private clinics.

Meanwhile, Leontiou added, steps which had been taken in the past to prepare a national strategy for the promotion of natural childbirth stalled because of the pandemic.