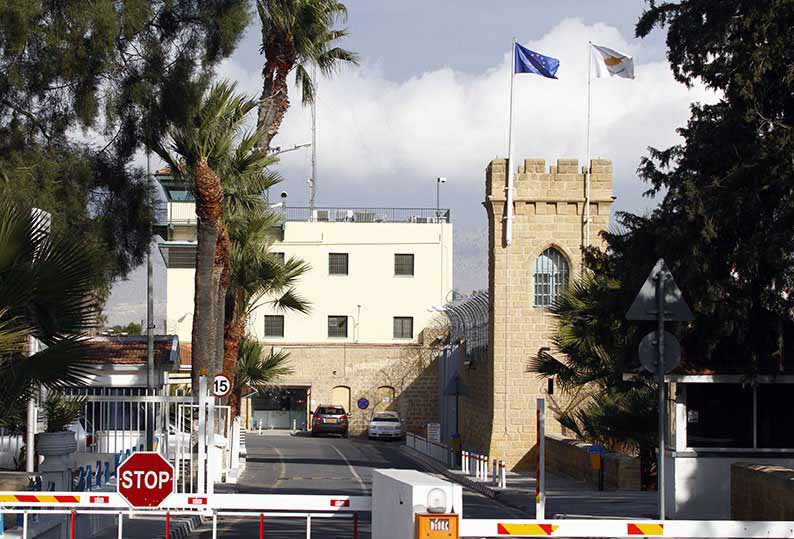 A law establishing a criminal justice system catering to juvenile offenders was voted in a year ago and marked an official recognition at least by the authorities that the state needed an alternative approach for young people who go awry.

Superficially, the need for change did not seem too urgent. In the period 2007-2018, juvenile detainees – the Statistical Service counted these as under-21 – dropped from 27 to just 10, a reduction of almost two thirds. The under-18 age group is even less.

“Detainees under the age of 18 have never been more than three or four. Most are young detainees between the ages of 18 and 21,” director of the Central Prisons Anna Aristotelous told the Cyprus Mail.

Small numbers aside, juvenile justice reform was desperately needed. For a start, Cyprus happens to be the only EU member state with no juvenile detention facilities whatsoever. Nor are other methods of dealing with juvenile crime fully employed.

A 2019 report by the European Union for Fundamental Rights (FRA), commenting on the general situation of the Cyprus prison system said that “alternatives to detention are not sufficiently utilised in Cyprus.”

“As far as young offenders are concerned, imprisonment should be a measure of last resort. It is more useful to implement alternative measures over a prison sentence that helps young offenders correct those delinquent elements in their behaviour,” she said.

Those who are detained fare far better now than they once did. FRA’s report said that in 2012 there was “widespread discontent among juvenile detainees due to ill treatment from prison staff, including incidents of insults and informal punishments without due process.” “Up to eight years ago there was a serious issue with young detainees in central prisons as they were held along with the adult population and were treated the same as an adult,” said Aristotelous.

Today, detainees up to the age of 21 are held in a separate wing at the central prison, have a separate programme from the adults and have their own yard with their own workout equipment. They also have access to occupational therapists and access to the state’s mental health services. Their interaction with adults is limited to joint participation in educational programmes, attending mass and certain supervised social activities.

But while progress in the prisons is being achieved to an extent, and the passing of the bill into law is a positive development, psychologist and director of Ayia Skepi Therapeutic

Community for substance abusers, Tina Pavlou, explains that what is currently lacking in the central prisons is the element of consistent therapy.

She explains that to tackle juvenile delinquency effectively one must apply three important tools: correction, therapy and restriction.

“Correction, is the provision of services within the prison system aimed at changing, developing, and evolving the subject into a functional individual through education and vocational training,” she told the Cyprus Mail. “Many individuals in this position are high school dropouts, cut-off from the educational system. Because of this, their re-introduction into society prerequisites the introduction of a normal and functional daily schedule and this is achieved by via educational programmes and or vocational training.”

She describes therapy as the dealing of one’s deep emotional difficulties with the aid of a professional psychologist.

“Via therapy, the subject is given the opportunity to self-process, to understand what has led them into their current state, what propels them into certain systematic behaviours and what their deficiencies and traumas are. This is a healing process and when successfully implemented it gives way to the correction programme in its entirety to take effect,” Pavlou said.

However, for correction and therapy to take place, those on the receiving end must be consistent and present within the space where therapy and correction is provided, thus the need for physical restriction: in this case a juvenile detention facility.

She argues physical restriction is necessary because often subjects exhibit out-of-control behaviour and for correction and therapy to be applied effectively they need to be consistently present within the space.

“If they come and go at their own volition, then correction and therapy are put at risk…Ideally, all three elements should be present,” she added.

Crucially, in the law’s section describing detention conditions under which juvenile offenders will be held, while it does provide for correctional activities and while it does mention the provision of medical examination upon entry to the facility and access to medical, paramedical care and health services within the facility continuously, it does not appear to clearly provide for a consistent therapy programme.

Importantly, however, it provides for the creation of a juvenile court, creation of juvenile detention facilities and alternative options to criminal prosecution, participation in a drug rehabilitation programme and the option of an ankle bracelet instead of pre-trial detention. Further, in line with Aristotelous’ thinking, it advises detention at a juvenile facility only as a last resort and for the shortest possible time.

But while the law appears to entail interesting and rather progressive provisions, its implementation is as important as its content.

Within a year since the passing of the bill into law, the relevant authorities were supposed to have the juvenile detention facility up and running. The year-long time frame lapsed in April, however, and the detention centre has yet to be delivered.

In fact, the justice ministry only announced a week ago its intention to purchase services for the creation and operation of the centre from the private sector. Toward that goal, the ministry has secured just over €700,000.

The new juvenile detention centre will be able to house up to 10 individuals with the prospect of gradually increasing them to 25. It will also not resemble a typical prison and will have rooms instead of holding cells.

It will hold only those between 16-18 years of age, while young offenders between the ages of 18-21, will continue their stay in central prison.

Importantly, while the juvenile’s detention facility capacity may appear low, taking into consideration that detainees under the age of 18 have never been more than three or four at the same time, then the current capacity should suffice.