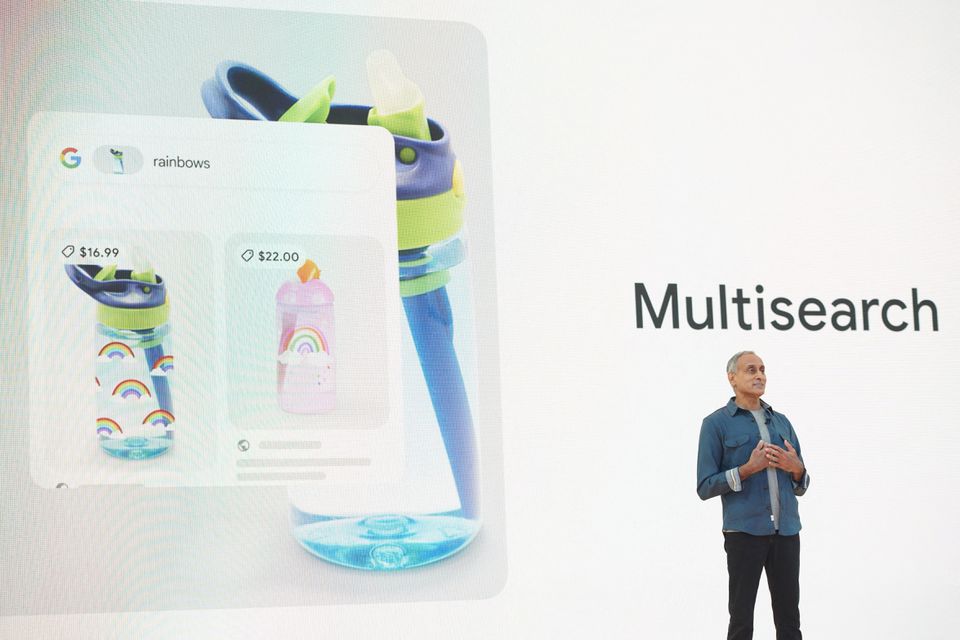 The science-fiction is harder to see in Google’s second try at glasses with a built-in computer.

A decade after the debut of Google Glass, a nubby, sci-fi-looking pair of specs that filmed what wearers saw but raised concerns about privacy and received low marks for design, the Alphabet Inc GOOGL.O unit on Wednesday previewed a yet-unnamed pair of standard-looking glasses that display translations of conversations in real time and showed no hint of a camera.

The new augmented-reality pair of glasses was just one of several longer-term products Google unveiled at its annual Google I/O developer conference aimed at bridging the real world and the company’s digital universe of search, Maps and other services using the latest advances in artificial intelligence.

“What we’re working on is technology that enables us to break down language barriers, taking years of research in Google Translate and bringing that to glasses,” said Eddie Chung, a director of product management at Google, calling the capability “subtitles for the world.”

Selling more hardware could help Google increase profit by keeping users in its network of technology, where it does not have to split ad sales with device makers such as Apple Inc AAPL.Oand Samsung Electronics CO 005930.KSthat help distribute its services.

Google also teased a tablet to be launched in 2023 and a smartwatch that will go on sale late this year, as it unveils a strategy to offer a group of products comparable to Apple.

But Google’s hardware business remains small, with its global market share in smartphones, for instance, under 1 per cent, according to researcher IDC. Recently launched challengers in search along with ongoing antitrust investigations across the world into Google’s dominance in mobile software and other areas threaten to limit the company’s ability to gain steam in new ventures.

The reveal of the new glasses reflect the company’s growing caution amid greater scrutiny on Big Tech. When Google Glass was demonstrated at I/O in 2012, skydivers used it to live stream a jump onto a San Francisco building, with the company getting special air clearance for the stunt.

This time around, Google showed only a video of its prototype, which displayed translations for conversations involving English, Mandarin, Spanish and American Sign Language.

It did not specify a release date or immediately confirm that the device lacked a camera.

Separate to the gadget, Google earlier demonstrated a feature that eventually would let users take video of store shelves with wine bottles and ask the search app to perform functions like automatically identify options from Black-owned wineries.

Similarly, users later this year will be able to snap a photo of a product and locate nearby stores where it is available.

Also later this year, Maps will launch an immersive view for some big cities that fuses Street View and aerial images “to create a rich, digital model of the world,” Google said.