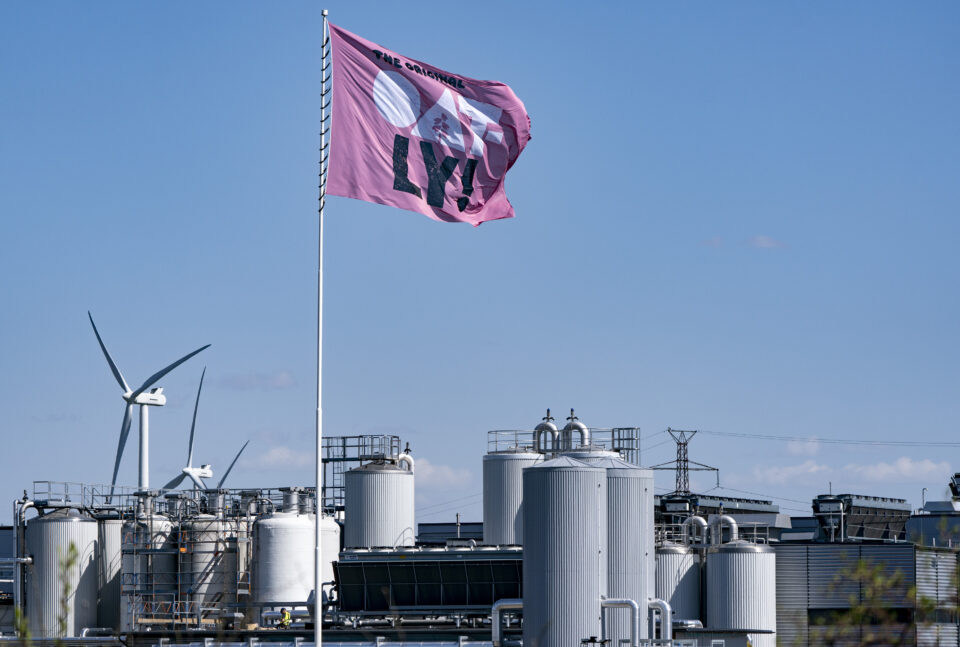 Consumers across the globe are starting to see a new kind of information on goods packaging, indicating the level of planet-heating gases emitted by making the items they are buying.

This fresh wave of efforts at “carbon footprint” labelling is being praised by some as empowering consumers to help tackle climate change – but criticised by others as confusing at best, and greenwashing at worst.

Danielle Nierenberg, co-founder of Food Tank, a US-based think-tank, said a carbon-labelling system has “been in the works for a while” but companies needed time to research it properly, “so we’re just seeing it now”.

Numi Organic Tea, a California-based company that sources 130 ingredients from 26 countries, will start putting carbon labels on its teas this summer, after tracking their emissions since 2015.

“That was the first step in our journey – wrapping our minds around what is the impact, and looking for places where we can reduce (it),” she told the Thomson Reuters Foundation.

Numi packaging will carry a label that includes a single, product-specific number: a kilogramme of carbon-dioxide equivalent, broken down by ingredients, transport, packaging and even the energy required to boil water at a tea-drinker’s home.

“Now is the time – consumers are interested,” Franch said. “Even if they don’t know what a gram of carbon is, it begins to develop the carbon literacy in our consumers and in society writ large.”

Numi joins a growing group of companies that have begun carbon labelling, particularly in the United States and Europe – from brands including plant-based-meat producer Quorn to electronics maker Logitech and household goods giant Unilever.

There are also broader efforts, such as a global push announced in February for the cosmetics industry, which includes Estee Lauder Companies, Johnson & Johnson Consumer Health, L’Oréal Group and 33 others.

Some even want a system that is obligatory for all.

“Publishing the climate impact of food products should be mandatory and standardised, just as with nutrition labels,” said a spokesperson for Swedish oat milks producer Oatly, which is leading a petition to the German government on the issue.

Denmark and France are already looking at creating their own consumer carbon labels, while the European Union is aiming to come up with a draft for a broader eco-label by 2024.

The food and beverage industry is at the centre of the push for carbon labelling, given its outsize climate impact.

The global food system accounts for about a third of carbon emissions, according to the UN Food and Agriculture Organisation.

But until recently, most efforts to reduce food-related emissions focused on production, said Edwina Hughes, head of the Cool Food Pledge at the World Resources Institute (WRI).

“We’ve made loads of progress in the last 50 years, but we haven’t looked at consumption as much. That’s pretty significant – if you don’t look at shifting diets, you won’t get where you need to” in terms of curbing climate change, she said.

For instance, adding messages at the top of menus nearly doubled the proportion of diners choosing plant-based dishes, according to WRI research published in February.

The Cool Food programme runs a carbon labelling initiative that includes a “badge” on menu items, indicating that they meet nutritional standards and have a smaller carbon footprint than researchers say is needed to achieve key climate goals.

Panera Bread, which has 2,100 North American locations focusing on business lunches, was the first restaurant chain to adopt the badge, in 2020.

The company had measured its carbon footprint since 2016, but that information was not reaching consumers, said Sara Burnett, its vice president of food beliefs and sustainability.

“We know there are two sides to this coin – what we choose to put on the menu, how we source. But the flip-side is consumers: they really impact our business significantly by what they choose,” she added.

About half of Panera’s online menu options carry the badge, with a goal of raising that to 60 per cent by 2025, including by working with supply chain vendors and developing new products.

“This is no longer something that is just the niche green consumers looking for responsibly sourced and raised products,” Burnett said. “It’s the everyday consumer that is now looking for that.”

“It’s a newer label, and it creates conversation – people want to know what it means, if it’s real and how it affects them,” she added.

Little is yet known about how consumers react to carbon labels, although globally 54 per cent of respondents to a 2021 survey by environmental consultancy Carbon Trust said they would be more likely to pick a product with such a label over a similar one without.

Yet some worry the flurry of efforts could muddy the waters.

“This is a confusing time for consumers because there are all of these labels,” said Food Tank’s Nierenberg.

Many labels and certifications “put so much onus on the consumers” to understand and act, she said, warning of an increased risk of greenwashing or “climate-washing”.

According to the European Commission, there are more than 450 environmental labels in use globally today, including about 80 reporting initiatives and methods for carbon emissions.

“Some of these … are reliable, some not,” it said in an online policy document.

Brands, too, are expressing concern.

“What we need is the adoption of a harmonised, global standard for eco-labelling so people don’t get information overload,” said Archana Jagannathan, senior director of sustainability for PepsiCo Europe, in emailed comments.

But too much focus on how labelling shapes buying behaviour may be missing the point, warned Michael Vandenbergh, director of the Climate Change Research Network at the Nashville-based Vanderbilt Law School.

As carbon labelling sees substantial growth worldwide, there is evidence it works “even if consumer responses are limited”, he noted.

Amid rising pressure from investors, governments, employees and clients, simply having a label can push companies to find efficiencies that reduce their carbon footprint, he said.

Already 80 per cent of the biggest firms in seven of the largest global sectors – including retail stores, auto manufacturing and lumber production – put environmental requirements in their supply-chain contracting, he added.

Carbon labelling is not a panacea, Vandenbergh said.

“But (it) is a piece of a much larger system that can function even if the national government process is inadequate – which it is,” he added.

Council recommends creation of new ministry for the environment