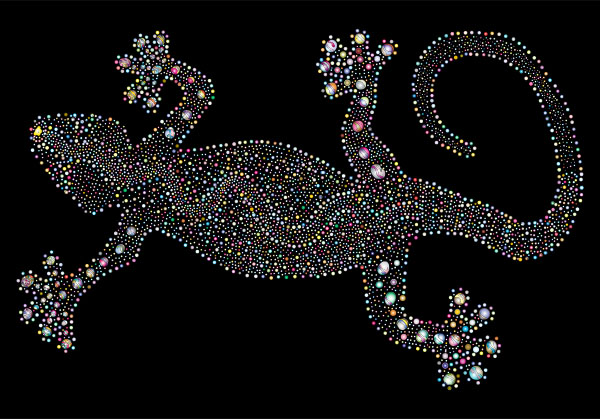 I know religious people who aren’t spiritual and spiritual people who spurn organised religion. Many ancient myths and beliefs tell of spirits that created us then left us, expecting remembrance and rituals of gratitude. Similarities in dwellings, burials or rituals discovered between peoples apparently then worlds apart lead to questions over how ideas or beliefs could travel so far on Neolithic feet. Perhaps a team of spirits was shift working a Santa Claus global journey.

Australian Aboriginals had their Dreamtime and thousands of years before the arrival of foreigners invading ancestral lands and treating indigenous spirituality as heathen nonsense, their lives were governed by beliefs that enriched their harmonious coexistence with nature, and how they buried their dead. Symbolism, art and monuments fixed images perceived in the amazing, evolving human mind, much of which is still unexplored.

New generations keep alive old customs and rituals. Stonehenge in England and Newgrange in Ireland draw crowds on certain days in respect of the heritage of ancients who existed before written records could name them. Celts have a name because Romans borrowed the word from Greek. What original tribes of Ireland or Cyprus actually called themselves is unknown.

The longing for origin knowledge lost as our lives changed from primitive simplicity to us seeing ourselves as godlike above other creatures, draws us back to the past. This sense of loss allows groups or individuals to comfort stressed lives even as our technological intelligence searches space for other life forms. History documents changing times but even time itself is now questioned as a measured, linear thing on a clock or calendar.

Our dreams have been subjected to scientific research; the Bible tells of Joseph’s gift of interpreting dreams. Fortune tellers and authors make great capital, in every sense, out of what our dreams are (supposedly) telling us. People with near death experiences say they could see from above their prone bodies when hearts stopped beating but brains kept ticking. Out of body experience is documented.

I haven’t had one in years. I woke several times in the past feeling I had to get out of bed and found it extraordinarily difficult to move the bed covers, only to find that I wasn’t out of bed rather some mental part of me was and I could see myself lying asleep. A recent dream state had me at the end of the road leading to my childhood home flying along it in a rush of amazing speed while telling myself I was too old to be moving like this and, with that realisation, I felt my body wasn’t doing the running, my unconscious was. Was I actually there or was I in dreamtime?  I keep an open mind.

In his book The Encyclopedia of Secret Knowledge, Charles Walker writes that the astral body has the ability of astral travel. And continues that all people travel in the astral during sleep although they do not remember their experiences. There are places that I have seen in recurring dreams of which I have no recollection in conscious time. A friend who believes he is psychic tells me these are pictures from past lives. Another friend says it’s deeply stored unconscious recollection memory perhaps from a movie I’ve forgotten. A medically trained friend says dreams are the healthy toilet flush of our minds’ daily detritus.

Still, for some peoples, such vivid mental experiences were the original layer for the creation of multiple myths and beliefs. Once, we were more in tune with nature, its seasonal patterns, and weather terrors interpreted as the mood swings of angry gods demanding placatory sacrifices. We relied on survival instincts we have since unlearned when the need for them became obsolete. We’re made of the elements of the earth either in Biblical or evolutionary terms, we take mineral supplements in our diet. We know that star dust, not mystical but real, filters through to earth. We stargaze as the ancients did, romantically or scientifically.

Some believe aliens made us. Humans had, some still have, the need to believe in a power greater than themselves which offers sustenance and, after death, spiritual reunion with the divine. Nothing comes from nothing. What set off the Big Bang fireworks? The amazing gift of creativity is ours for a reason. Cave painting fed a desire to consciously record the ordinary. Runes, cuneiform marks in stone that evolved into broader alphabets were able to ground advancement of passing generations that became us seeking them. Millennia later we still ask where and why? Some scientific explanations do not satisfy everybody as to how our well charted physical bodies are much the same while the minds that drive them remain mysterious.