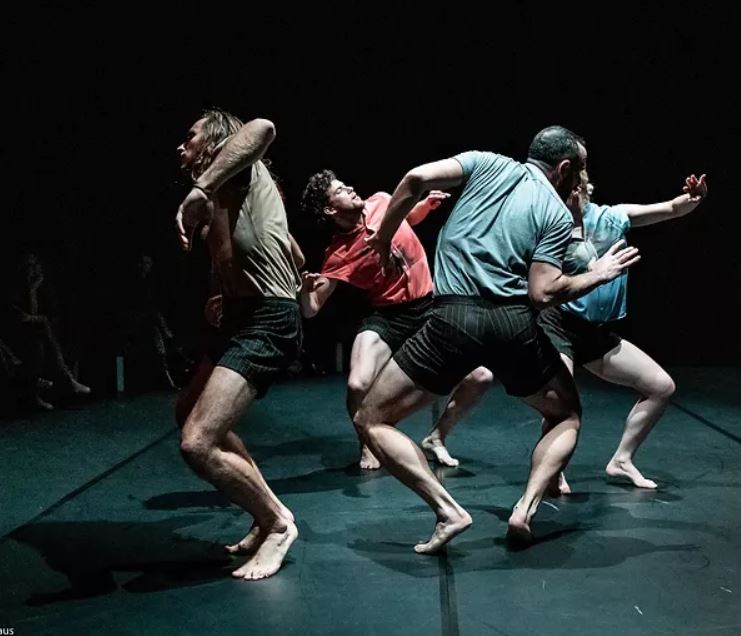 With June just around the corner, Rialto Theatre is preparing another month packed with performances celebrating local productions, international collaborations and the art world in general. Launching June’s events is a play that is considered to be one of the most important in modern American drama, Machinal.

Presented on June 1, the play is written by an exceptional female voice, Sophie Treadwell, and focuses on the female identity, outlining the critical moments of the character’s struggle to cope with her multiple social roles, the oppression to which she is subjected in her family, as well as in her social and professional environment, but also her desires, what she longs for and what remains buried in the turmoil of everyday life.

Director Avra Sidiropoulou and her creative collaborators are confronting the expressionistic style of the play in an attempt to bring on stage, using words, sound and images, the journey of this woman towards her personal freedom. Though presented by the Cyprus Theatre Organisation in Greek, Machinal will include overtitles in English and Turkish.

Running throughout the month, from June 3 to 25, is the Cyprus Contemporary Dance Festival 2022, returning for its 23rd edition. The festival opens with an inventive performance by a prominent choreographer from Lebanon, Omar Rajeh.

The performance Beytna on June 3 gathers four choreographers and four musicians from Lebanon, Japan, Palestine, Belgium and Togo who meet on stage over a banquet of food. They come from different continents, cultures and countries. They have different artistic experiences with different backgrounds and ideas. What connects them is their profession. They talk, drink, laugh, dance and eat together. Beytna is a simple invitation to the home of the other, health, happiness, pleasure, compassion and friendship.

June 5 brings a piece that was presented at La Biennale Venezia in 2018, inspired by the painter Antonio Ligabue and his extraordinary visions of the natural world. It is choreographed by Francesca Foscarini with dancer Romain Guion blending the human and animal worlds on stage.

The following evening returns to local productions as Elena Antoniou presents a solo performance where she unapologetically demonstrates herself to highlight the personal experience as a collective landscape. She overexposes the female body with pleasure and extends the limit of spectacle by skillfully and intentionally inviting the gaze of the spectators. In Landscape, Antoniou creates the space and the environment for the political body to exist as deeply traumatised, yet superficially sexual.

Following the dance acts is another performance on June 8 titled Romeo, Romeo, Romeo. Choreographed by Joshua Montent, this piece travels from Switzerland and explores the idea of dance as a thrillingly up close and personal form of courtship. Each spectator can slip into the role of Juliet and witness the dancers’ struggles to impress.

Switching gears and bringing something entirely different to the stage is a production from Israel called Q&A on June 10. Between a talk show and a confession, Q&A shares intimate moments from the performers’ lives and creates more of a sharing than a traditional performance. The piece is based on the fact that people are all looking for connections with others and this work offers an opportunity to break down barriers and boundaries toward other people.

Plenty more acts will take the stage until the end of June including a theatre production from Austria, a one-woman play and a choreography inspired by the legendary dance of Zalongo as part of the Cyprus Contemporary Dance Festival 2022. For the full programme and ticket details visit Rialto’s official website at www.rialto.com.cy.