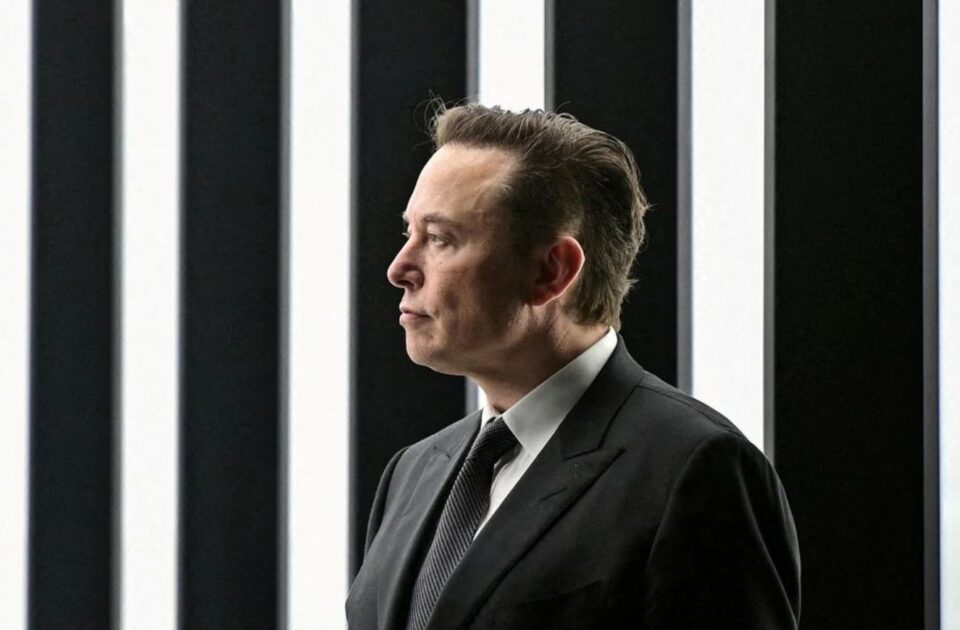 The chief executive of Tesla Inc (TSLA.O) lashed out on Wednesday against S&P Global Inc (SPGI.N) after the electric car maker was dropped from its flagship ESG index while it added some companies whose activities are harmful to the environment, such as oil and gas producers.

Musk took to Twitter to express his frustration with the move “despite Tesla doing more for the environment than any company ever!” He added that ESG “has been weaponized by phoney social justice warriors.”

S&P Dow Jones Indices senior director Margaret Dorn told Reuters that Tesla had been excluded from the index because its score declined slightly just as the scores of other automakers had improved. Tesla was not excluded because S&P executives decided to kick the company out of the index over a particular issue, she added.

While Tesla’s cars contribute to lower carbon emissions, its ESG score had “fallen behind” in other aspects, such as poor working conditions at its US Fremont factory, claims of racial discrimination and its handling of a US government probe into multiple deaths and injuries linked to its autopilot technology.

Sustainable investing – taking into account ESG factors in portfolio selection – has exploded in recent years, reaching $35.3 trillion by the start of 2020, according to the Global Sustainable Investment Alliance.

Half a dozen investment managers interviewed by Reuters said Musk’s spat with S&P illustrates how confusion still reigns over how many investors and executives view the industry.

Some, like Musk, believe the ratings should reward companies that do the most for the planet and society. Others, including firms like S&P that produce the scores, say they are meant to show how much risk a company’s stock faces from ESG factors.

This explains why some companies that are major contributors to climate change, such as Exxon Corp (XOM.N), are allowed to stay in an ESG index if they can show they are taking actions to reduce that risk.

Mark Tinker, chief investment officer at Toscafund Hong Kong, said Musk “rightly pointed out” that societal and corporate governance considerations are being used “for political driven cancelling” and that a company’s contribution to the environment can also “mean what you want it to.”

Tesla did not respond to a request for comment on behalf of the company or Musk.

S&P published the change in its ESG index on April 22. But it was not until May 18, a day after Horn wrote a blog post that explained why Tesla was excluded from the index, that Twitter users started disseminating it, catching Musk’s attention.

Only a tiny fraction of the ESG’s industry’s assets under management – $11.7 billion as of the end of 2020 – are tied to S&P Indexes. S&P’s influential ESG index rival MSCI Inc (MSCI.N) has so far kept Tesla in its bluechip ESG index.

It was not immediately clear if the exclusion from the S&P ESG index had any impact on Tesla’s shares this week. The stock had already been sliding almost every day since early April, losing close to 40 per cent of its value, amid concerns that China’s COVID-19-related lockdowns will disrupt Tesla’s car production and a potential economic slowdown and raging inflation will dampen demand for its vehicles.

Uncertainty over whether Musk will complete his $44 billion acquisition of Twitter Inc (TWTR.N) has also weighed on Tesla’s stock.

S&P declined to provide a breakdown of its ESG score of Tesla, which is compiled based on scores of the company’s various operations and practices.

MSCI also declined to provide a breakdown, but a May 3 copy of its Tesla rating sent to investors and reviewed by Reuters shows how its perceived poor performance on social issues took some of the shine out of the company’s strong green credentials.

Tesla scored 9.1 out of 10 on environmental grounds, against an industry average of 6.5. This made up 30 per cent of its total ESG score. On social issues, however, it ranked 1.4 compared with an average of 3.5, while on governance it scored 5.1 against an average of 3.2.

Andrew Poreda, senior vice president for Sage Advisory Services, an Austin-based investment firm, said as a Tesla investor he understood why the company’s ESG scores were lower than they might have been based solely on the company’s contribution in the fight against climate change.

“You can’t live in a vacuum of just environmental or just social issues, they are all intertwined,” Poreda said.