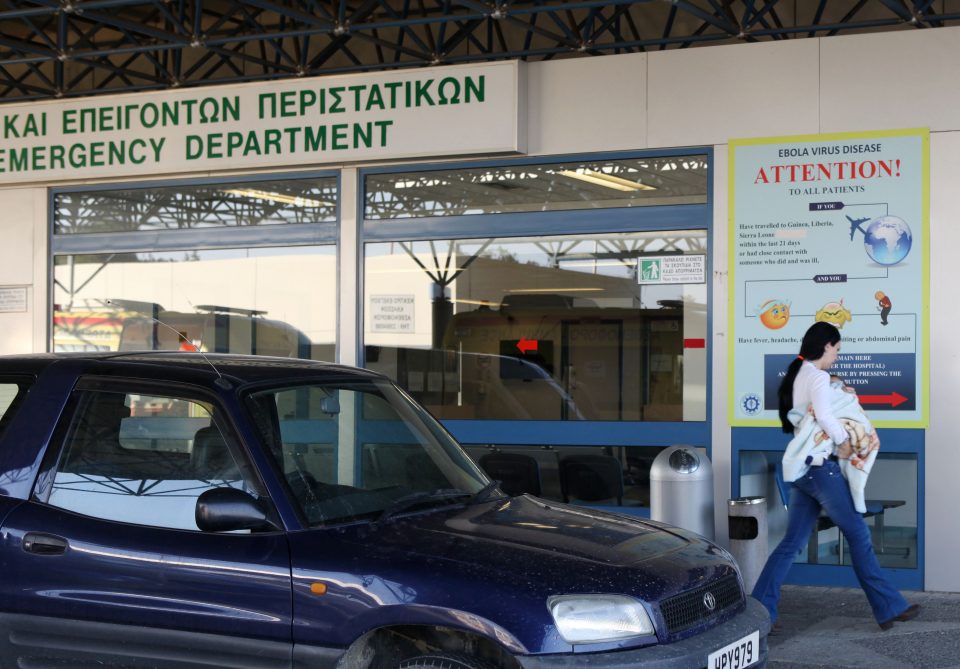 The A&Es at state hospitals are overwhelmed Photo: CNA

House watchdog committee chairman Zacharias Koulias said the grace period was over, while private doctors complained that Gesy rules were being implemented a la carte.

Private hospitals that cooperate with Gesy were allowed not to include their A&E departments during the pandemic. Only one, the Mediterranean in Limassol, contracted its A&E into the system. This has meant that the overwhelming majority of emergency cases have fallen on state hospitals, leading to complaints of overstretched facilities.

HIO director Andreas Papaconstantinou said the organisation was waiting for a letter from the health minister ending the exemption so that talks can start with private hospitals. These are expected to take about a month.

He said the HIO would make clear to private hospitals participating in Gesy that they must either include their A&E departments or close them down.

But Cyprus Medical Association president Petros Aganthangelou said contracts with private hospitals expire at the end of June and the issue must be resolved before then otherwise the HIO will effectively be renewing the ‘illegality’ until the talks are concluded.

Auditor general Odysseas Michaelides said the whole issue was similar to the contentious issue of private wings at Gesy-linked private hospitals which are allowed to cater to both Gesy and non-Gesy patients.

Doctor Marinos Soteriou noted the attorney general has found it to be illegal for a hospital to provide services both within and outside the system. The HIO has obtained legal advice from a private legal counsel to the contrary.

Akel MP Christos Christofides said the A&E situation was linked to the overall state of affairs of public hospitals which are forced to cater for the vast majority of cases, something he said was unacceptable.

Edek president Marinos Sizopoulos said the way the law was being implemented promoted the multi and not the single payer system which is the basis of the Gesy philosophy. Moreover, the HIO was paying doctors outside Gesy and in some cases doctors not registered in Cyprus, he added.

Diko MP Chrysis Pantelides said the A&E issue was one example where the Gesy law is not being implemented and reiterated his party’s position that this must stop. Dipa’s Alecos Tryfonides spoke in a similar vein, telling the HIO that it must resolve this problem speedily. Fees for a hospital with an A&E should be different from one without, he added.

Greens MP Stavros Papadouris said the law was not being properly enforced, leading to a single-payer system operating as a multi-payer one. The HIO should end the flexible approach it adopted with the implementation of Gesy three years ago, he added.

Papaconstantinou also announced that the system of on call doctors will start on June 1, with details due to be announced soon. Primary health case such as personal doctors will be extended to weekends and holidays based on a programme that will be drawn up and which will also use state health centres.