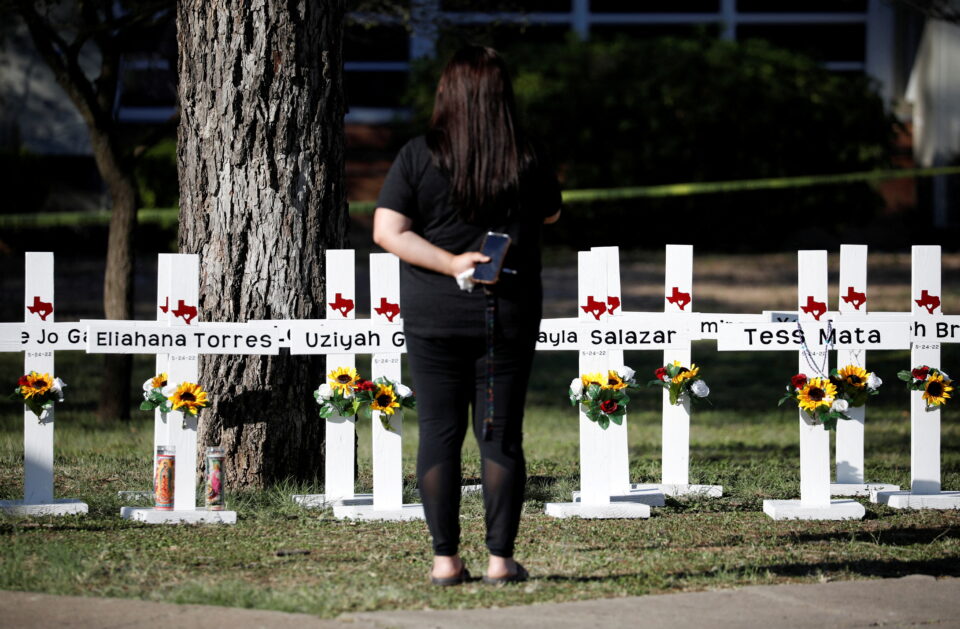 Panicked children called 911 emergency services at least half a dozen times from the Texas classrooms where a massacre was unfolding, pleading for police to intervene, while roughly 20 officers waited in a hallway for nearly an hour before entering the room and killing the gunman, authorities said on Friday.

The on-site commander, the chief of the school district’s police department in Uvalde, Texas, believed Ramos was barricaded inside and that children were no longer at risk, giving police time to prepare, McCraw said.

“From the benefit of hindsight where I’m sitting now, of course, it was not the right decision,” McCraw said. “It was the wrong decision.”

Some of the mostly 9- and 10-year-old students trapped with the gunman survived the massacre, including at least two who called 911, McCraw said, though he did not offer a specific tally.

There were at least eight calls from the classroom to 911 between 12:03 p.m., a half an hour after Ramos first entered the building, and 12:50 p.m., when police entered and killed Ramos.

Someone whom McCraw did not identify called at 12:16 p.m. and told police that there were still “eight to nine” students alive, the colonel said. Three shots were heard during a call made at 12:21 p.m.

Officers went in three minutes after that final call, according to McCraw, when a U.S. Border Patrol tactical team used a janitor’s key to open the locked door and fatally shot Ramos.

Several officers had an initial exchange of gunfire with Ramos shortly after he entered the school at 11:33 a.m., when two officers were grazed by bullets and took cover. There were as many as 19 officers in the hallway by 12:03 p.m., McCraw said – the same time that the first 911 call from inside the classroom was received.

Videos that emerged on Thursday showed frantic parents outside the school, urging police to storm the building during the attack, with some having to be restrained by police.

“When there’s an active shooter, the rules change,” he said.

Police recovered 142 spent rounds inside the school from Ramos’ rifle, as well as nearly two dozen more on school property outside the building, McCraw said. Ramos fired at least 100 rounds into the classrooms in the first minutes of his attack, based on audio evidence, before the first wave of officers confronted him.

In total, Ramos had 60 magazines and 1,657 rounds, including some left in his truck when he crashed it outside the school before the attack and two magazines recovered at his residence.

McCraw described other moments when Ramos might have been thwarted. A school officer, responding to calls about an armed man who crashed a car at the funeral home across the street, drove right past Ramos, who was crouched beside a vehicle on school property.

The door that gave Ramos access to the building had been propped open by a teacher, McCraw said.

The attack, the deadliest school shooting in nearly a decade, has intensified the long-standing national debate over gun laws.

Republican Texas Governor Greg Abbott, who had also been scheduled to speak, will instead provide recorded remarks and head to Uvalde for an afternoon news conference.

President Joe Biden, a Democrat who has urged Congress to approve new gun restrictions, on Sunday will visit the community of 16,000 people about 80 miles (130 km) west of San Antonio.

Investigators are still seeking a motive. Ramos, a high school dropout, had no criminal record and no history of mental illness.

His assault began at the home he shared with his grandmother, when he shot her in the face and fled towards the school. She remains hospitalised.

“He should’ve just killed me, you know, instead of doing something like that to someone,” the elder Ramos told the site.