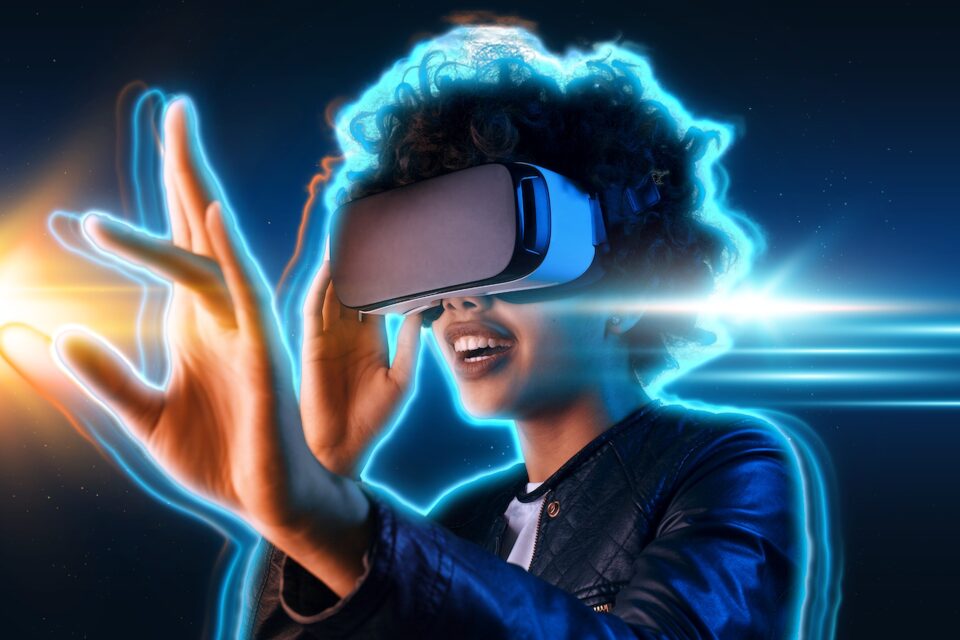 The video game industry has always been about innovation. New technology, new controls, and new experiences are to be expected.

Video games have been around for decades, providing entertainment for children and adults alike. They have evolved significantly from the early days of computer games and the first versions of Nintendo and Atari, which at that point, most investors believed video games to be a fad. The days of pixelated screens and limited sounds are a distant memory, as video games have entered a new era of realistic physical rendering, making worlds more alive and involving.

Gaming technology, like all other technologies, has advanced. Game apps, whether online or offline, have taken a long time to reach the point where they are useful and accessible now. Gaming technology advances every day, and manufacturers fight to make the finest game for others, just like any other business.
The video game industry is vast. It is larger than the film and music industries combined, and it is constantly increasing. Though it does not receive the same level of attention as the film and music industries, it is estimated that there are over three billion gamers across the world.

The expense of developing a game for one of the major consoles has risen in tandem with the increasing complexity of video game development. It was once inconceivable to spend millions on game production, but today’s games can cost tens of millions, if not hundreds of millions of euros. In terms of production and marketing costs, this has pushed game development into Hollywood movie territory.

Google, Meta, and Apple have all announced plans to enter the gaming sector, which comes as no surprise. The tech sector is working on making video game streaming as seamless as listening to music on Spotify or watching a movie on Netflix. In the 1980s and early 1990s, video game cartridges were most prolific with our home Ataris, Segas, and Nintendos, however, the key goal for all these tech companies is to allow players to stream videos without the need for a computer or console, while purchasing physical video games in the form of cartridges has become increasingly rare.

Subscription streaming services are the way of the future, and they will benefit video game businesses in a sustainable way by eliminating manufacturing, shipping, and storage costs. Subscription services have also allowed money to be made all year long, whereas formerly, games were only purchased around holidays and other important events.

The new age of virtual reality has started after the announcement of the first prototypes of Oculus VR and Samsung Gear VR. The VR headset is equipped with the hand controllers and tracking technology to offer user outstanding experience. The market size of the VR games industry is pacing with a fast growth rate. The ideas implemented in virtual reality games are fascinating and fantastic in every sense. This is the reason that Virtual Reality has become potential to introduce the next “big thing” in the game industry. Virtual reality in gaming, for sure, is helping the businesses to boost the revenue. On gaming sector innovations make a lot of sense, VR takes the game business to another level using the Virtual reality.

Another trend in the video game industry is the expansion of the market as far as demographics go. People are playing games both earlier and later in life, and the gender mix is nearing par. The top-level gamers competing in eSports leagues have gained enough recognition that they can apply for the professional athlete visa when entering the US. Gaming has a wide appeal, and it is still growing.

Video games have become so popular on a mass scale that certain players stream videos of themselves playing video games at home and make hundreds and thousands of dollars by doing so. This has become another revenue generation sector of the video game market.
As the world becomes nostalgic and we see reboots and remakes of loved films and shows from decades ago, the same is happening for video games. Vintage video games from the early days of the industry are in high demand and have become extremely popular, not only with older players who experienced the games first-hand but also with a new generation of players.

The video game industry has always been about innovation. New technology, new controls, and new experiences are to be expected. As the world moves more and more to time spent on mobile phones, streaming services, and mobile phone game playing will become an important arena for revenues, and large tech companies will look to leverage their current framework to get involved.