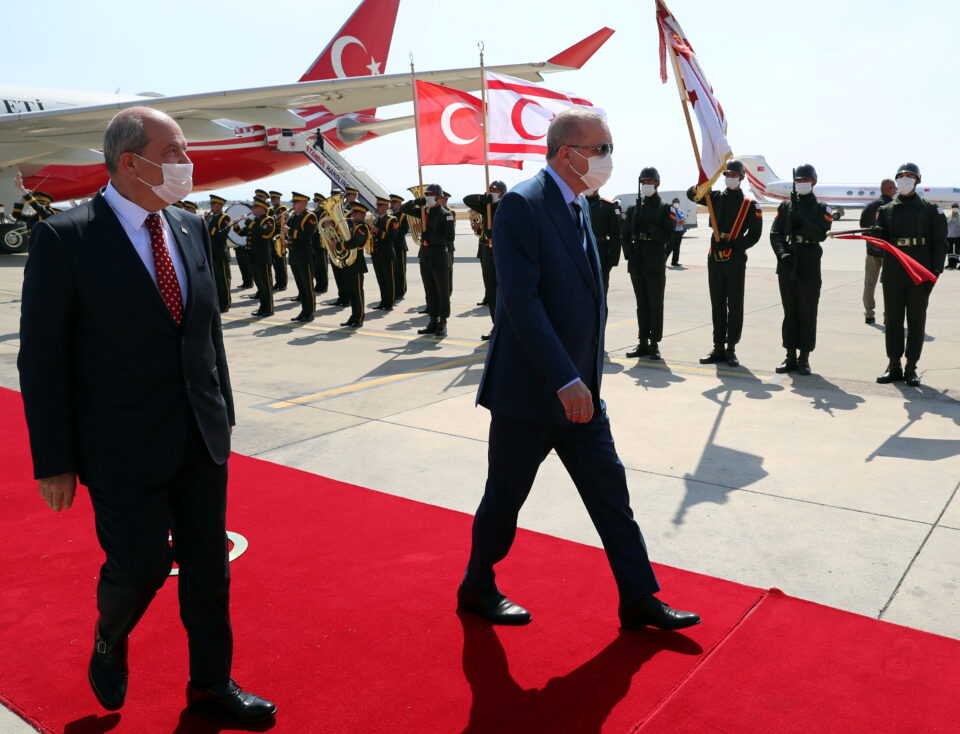 A controversial financial aid protocol signed recently between the northern part of Cyprus and Ankara has enraged large segments of the Turkish Cypriot community and instigated an unprecedentedly open conversation about Turkey’s ever-increasing oppression on the island.

The ‘Economic and Financial Cooperation Protocol’, which was signed on April 14 and kept secret until last weekend, foresees a loan of 4.25 billion TL (around €240 million) payable in dollars to the Turkish Cypriot community in 2022. In exchange, the protocol introduces conditions that, according to observers, will limit fundamental rights and freedoms including the freedom of expression in the northern part of Cyprus; undermine civil society; and strengthen the role of Islam in Turkish Cypriot society.

“They sold the country and the will of the Turkish Cypriot community,” protested online newspaper Özgür Gazete on the day the protocol was published. “It’s not a protocol, it’s an agreement to surrender,” was the headline of daily Yenidüzen.

The 53-page protocol starts by declaring that “the island of Cyprus has been a part of Anatolia politically and culturally since 1571.” It continues by explaining the strategic importance of Cyprus for Turkey and elaborates on the need for “acting as one” and “jointly defending rights and interests.”

“The essence of the protocol lies in here,” International Relations expert Dr. İpek Borman tells the Sunday Mail. The Justice and Development Party “AKP has set out for creating an entity in Cyprus that is totally under its control… It is carrying out a policy based on wiping out differences – not only politically, but culturally too. This is what they need for absolute authority. And they will do this by curbing rights and freedoms through laws.”

In some of the most controversial provisions, the protocol, among others, envisages to:

Since it was published, Turkish Cypriot media has been extensively covering the protocol’s content; while political parties, civil society organisations, journalists, intellectuals, and opinion leaders are heavily deliberating its intent, which is widely seen as establishing an oppressive regime in the northern part of Cyprus and increasing Ankara’s control on the Turkish Cypriot way of life, culture, identity, and will.

“This protocol has just formalised annexation, journalist Aysu Basri Akter says. “Turkey has in fact, established itself as the ruler of the northern part of Cyprus for some time now. This is becoming formalized, recorded and legally protected with this protocol. The objective is to create an entity, which obeys it, and which depends on it, and at the same time, to establish an oppressive dominant totalitarian regime to be able to maintain that entity.”

“This is a document that attempts to redesign the community from top to bottom,” says civil society activist Okan Dağlı. “This protocol transfers Turkey’s antidemocratic, oppressive regime to Cyprus.

All Turkish Cypriot political parties except those in the current ruling coalition have condemned the protocol.

“No to the annihilation protocol,” declared the opposition Republican Turkish Party CTP, whose deputy Doğuş Derya said: “With the fascist laws envisaged in this protocol, everyone in Cyprus will be crushed under a heavy wave of fascism and wiped out communally.”

“We will not submit to the dominating and oppressive mentality that will annihilate us,” stated Social Democracy Party TDP.

Kudret Özersay, head of the Peoples Party HP said that the protocol consists of serious risks “against our lifestyle, fundamental rights and freedoms, and our existence.”

Causing particular concern are proposed amendments in the protocol to three laws, including the penal law, which according to commentators, will further limit the freedom of expression and the freedom of media, ban criticism, and enable a witch hunt on social media.

Reacting to provisions such as the one that stipulates that “creating discontent or dissent” against the Turkish Cypriot leader is “punishable with up to five years in prison,” the Turkish Cypriot Journalists Association said: “These amendments demonstrate that the aim is to establish an oppressive regime that does away with any kind of criticism. These repressive, reactionary and oppressive amendments will further limit the freedom of thought and freedom of expression.”

The Turkish Cypriot Journalists Union published a statement saying that the proposed legal amendments are “a huge step taken in the way of becoming the little Turkey.”

Borman believes that the protocol is a reflection of the tendencies of AKP especially in the last ten years.

“AKP is becoming more and more controlling and authoritarian,” she says.  “Internally, they are doing away with human rights and freedoms, while externally, they are pursuing an aggressive and militarist policy. We cannot imagine Cyprus is exempt from this.”

According to Borman, different segments of the Turkish Cypriot community from judiciary to civil society should come together for a joint resistance. However, she recognizes the difficulty to do so in the absence of an alternative.

“Unfortunately, the people see no alternative and feel lonely and reserved in this struggle,” she continues. “There is no movement in the efforts to solve the Cyprus problem. The international community is not pushing for a solution or an alternative way out. Yes, Turkish Cypriots will struggle against Turkey, but struggle holding on to what? Drawing strength from what?”