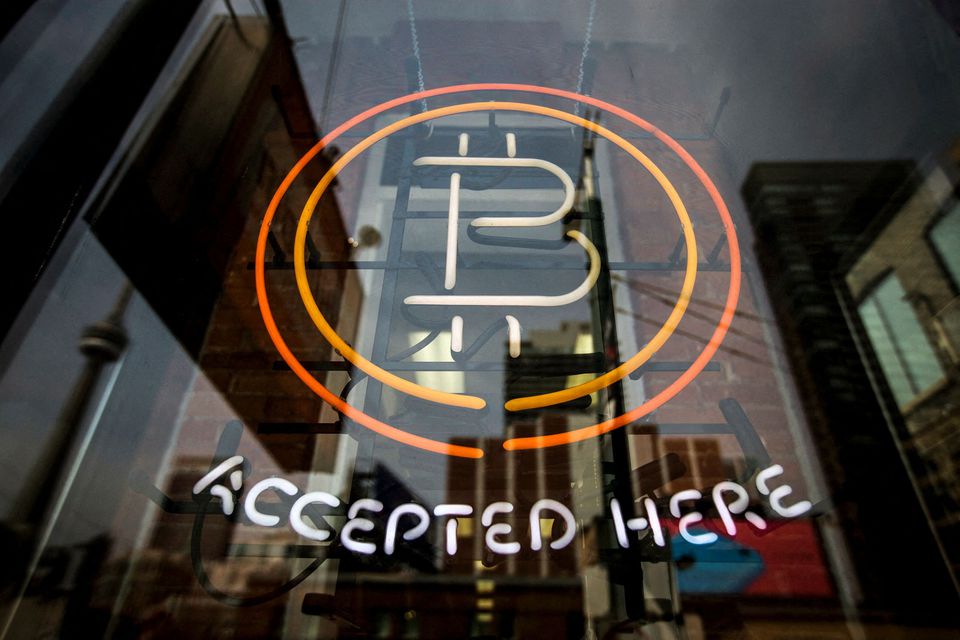 Cryptocurrencies are a potential risk to consumers and the economy due to their high volatility, Cyprus Central Bank (CBC) senior director of banking operations division Christos Phanopoulos said on Sunday.

When asked to explain what cryptocurrencies are, Phanopoulos told the Cyprus News Agency (CNA) that these assets are not currencies in the broad sense that most people are accustomed to, but rather they are more akin to high-risk investments.

“Cryptocurrencies are a digital or virtual asset that operates as a means of trading based on the principles of cryptography, a method that does not allow third parties to access that set of data,” Phanopoulos said.

He also noted that their production, storage and distribution, as well as all transactions made with them, are done electronically.

The Central Bank official stressed that cryptocurrencies are neither issued nor are they guaranteed by any public authority.

Furthermore, they do not have a legal status of currency or money and the operation of most of them is not subject to the control of a central body.

“This carries increased risks for individuals and legal entities who choose to trade or hold positions in cryptocurrencies,” he said.

Phanopoulos stated that the main risks are related to the lack of a reliable supervisory and regulatory framework capable of offering legal protection to cryptocurrency holders.

“The anonymity and lack of transparency that is usually involved with cryptocurrency transactions, as well as the misleading or incomplete information given from their providers to both consumers and investors, are both additional risks to consumers” Phanopoulos explained.

“In addition, weak governance structures and cyber security measures implemented by online platforms acting as cryptocurrency exchanges are at risk, with some collapsing and others experiencing the stealing of customers’ money by hackers,” he added.

Phanopoulos also said that “the great volatility of cryptocurrency values ​​is dangerous, which in combination with the lack of liquidity and easy exit options from such transactions, can lead to large losses for cryptocurrency owners”.

Regarding the potential risks to the European economy, Phanopoulos said that their increasing popularity, combined with the aforementioned risks, could pose threat.

The apprehension towards cryptocurrencies is shared elsewhere in Europe, including at the European Central Bank (ECB) level.

In April, ECB executive board member Fabio Panetta said that crypto-assets should be both more regulated and taxed more heavily due to their high energy consumption.

“Crypto-assets are speculative assets that can cause major damage to society,” Panetta said at the time, comparing them to a Ponzi scheme.

“They derive their value mainly from greed, they rely on the greed of others and the hope that the scheme continues unhindered,” Panetta added.

What is more, the 2018 Financial Stability Report identified various channels through which financial stability and the European economy, in general, can be affected.

This included financial wealth being affected, as well as the erosion of trust towards existing financial systems.

Phanopoulos noted that the interconnection of the cryptocurrency market with the financial sector and payment systems are potential risks to the economy for one key reason.

Cryptocurrencies are unsteady assets that may hurt the economy, especially in the event of a sharp and uncontrollable downward correction of cryptocurrency prices.

Regarding Cyprus, he noted that at this stage there is no data on the exposure of the Cypriot economy to cryptocurrencies.

However, based on data by the ECB, as published in the bank’s most recent Financial Stability Report, up to 10 per cent of households may own cryptocurrencies.

Asked about the ECB’s plan to issue a digital euro, Phanopoulos said that the asset would be an additional payment option, ensuring access to the safest form of money, since it would be guaranteed by the ECB,

So the digital euro would serve the function as an alternative and at the same time complementary payment option in parallel to cash.

“In this context, the digital euro will increase public confidence in digital payments,” Phanopoulos said.

“We must clarify that the digital euro will not replace cash in euros, but will work in addition to them”, he added.

He added that the Eurosystem is currently discussing what form the digital euro could take.

The exploration phase, which began in October of the previous year, is expected to be completed by October 2023.

The ECB is looking into how the digital euro could be designed and distributed to traders and the public, as well as its impact on the market and European legislation.

The decision to create the digital euro will be taken after the completion of the investigation phase at the end of 2023.

Phanopoulos stressed that the digital euro will not be equivalent to a cryptocurrency.

“Cryptocurrencies are fundamentally different from central bank money because their prices are often volatile, making them difficult to use as a means of payment or as a unit of measurement, and they are not backed by any government agency,” he said.

“For the same reason, they carry increased risk as an investment instrument,” he added.

Conversely, Phanopoulos explained that those who will eventually choose the digital euro will be able to trust it as much as they do with euros in cash form, as both of these forms of the euro will be of equal value and will be supported by the Eurosystem.

Finally, Phanopoulos said that central banks and regulators must meet the growing demand for both digitisation and immediacy in making retail payments.

“This is why countries around the world are exploring the possible issuance of central bank money in digital form,” he concluded.