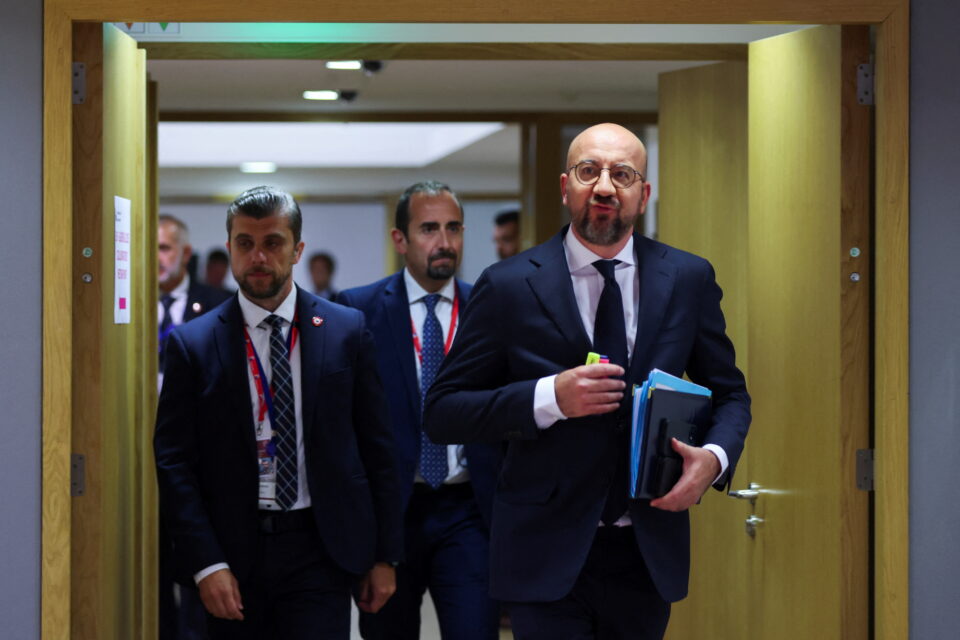 While expressing satisfaction with an agreement reached by EU leaders overnight for a sixth round of sanctions against Russia, Government Spokesman Marios Pelekanos also warned of their consequences.

“Given the need to maintain EU’s unity and continuity we salute this development… The Republic of Cyprus is pleased that important issues concerning Member States in relation to their economic viability have been considered,” Pelekanos said.

“Sanctions are an important policy tool in the hands of the European Union, and the relevant decisions should be informed by the guideline that the measures should be sustainable and have a much greater economic impact on the third countries to which they are addressed, than in the EU Member States,” he added.

After hours of struggle, EU leaders reached a compromise early Tuesday morning on Monday regarding the sixth package of sanctions against Russia.

The package includes a ban on almost 90 per cent of all Russian oil imports by the end of the year, the de-Swifting of Sbearbank, a ban on insurance and reinsurance of Russian ships by EU companies, a ban on the provision of business services to Russian companies and the suspension of three Russian state media outlets broadcasting in the EU.

“Agreement to ban export of Russian oil to the EU. This immediately covers more than 2/3 of oil imports from Russia, cutting a huge source of financing for its war machine. Maximum pressure on Russia to end the war,” said the President of the European Council Charles Michel in a Twitter post.

Earlier this month, Finance Minister Constantinos Petrides warned we are close to seeing double digit inflation rates, noting that the oil embargo on Russia, the ban on Russian oil supplies and the transport of Russian energy will create more inflationary pressures.

“The essence of the sanctions is above all to inflict more cost to those who the sanctions are imposed on and not to you… unfortunately, some of the results we’ve seen in the sixth package but also some points in the fifth package, have deviated from the principle,” Petrides said.

Commenting on the work taking place at the special meeting’s ongoing second day, President Nicos Anastasiades referred to the consequences of Russia’s invasion in Ukraine on Egypt’s food security, and on Turkey’s sustained aggression.

“Egypt is a critical partner of the EU and has a pivotal role in the Middle East. It is also the largest importer of wheat in the world mainly from Ukraine and Russia. A sense of food insecurity might become a challenge. The EU should continue to act in support of food resilience in Egypt,” the president said in a Twitter post.

“Just briefed EU leaders about latest illegal actions by the Turkish occupying forces in Cyprus, inter alia, in the fenced off area in Varosha. Despite UN and EU calls, Turkey continues to create new faits accomplis, inter alia, at the expense of prospects of resuming negotiations… Reiterated my proposal for confidence building measures that can build trust and pave way for restarting meaningful talks, aimed at a viable solution based on a BBF. EU assistance to this end remains crucial. Expressed full solidarity with the Hellenic Prime Minister Kyriacos Mitsotakis amid Ankara’s recent inflammatory rhetoric,” the president further commented on Twitter.

Life on the veg