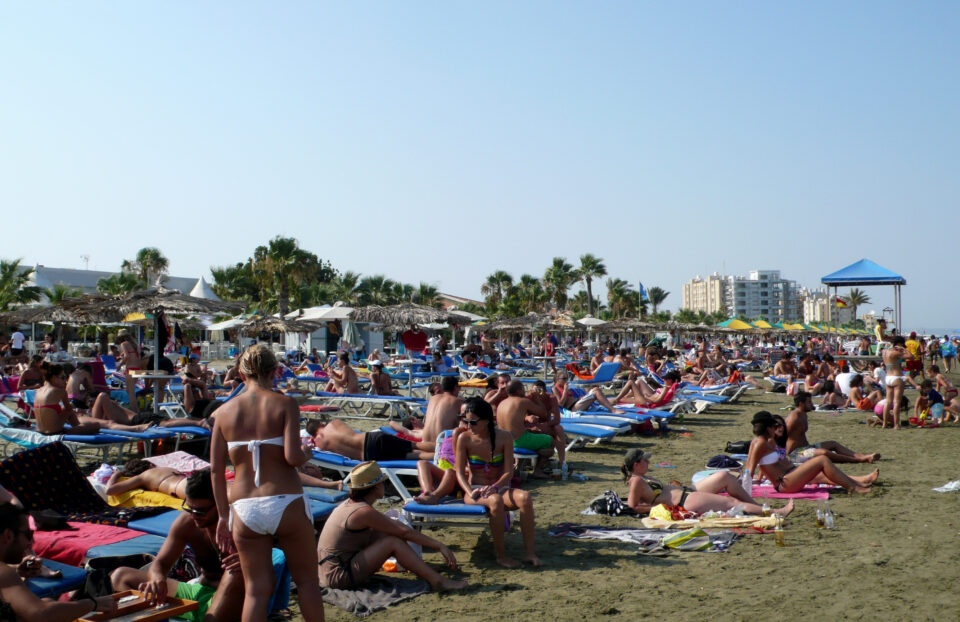 The proportion of tourists holidaying in Cyprus on package deals has decreased, with officials at the tourism ministry encouraged that the benefits of foreign visitors are now being distributed across the wider economy.

That was one of the key messages on Tuesday from Deputy Tourism Minister Savvas Perdios, who offered a wide-ranging analysis and remained upbeat about the island’s prospects despite the major upheavals and uncertainties in the industry, most recently caused by Russia’s invasion of Ukraine.

He emphasised that close to 550,000 visitors arrived in the first four months of the year, despite Cyprus having enforced some of the strictest Covid criteria in Europe amid the Omicron outbreak, while the war in Ukraine also had an impact. That figure too, he said, is at about 80 per cent of the figure recorded in the same period of 2019, which itself was a record year.

Cyprus in 2019 saw a record of 3,976,777 arrivals and Perdios told Sigma on Tuesday that he is expecting the Republic to surpass the two million mark this year, which will be an improvement on 2021, which saw 1,936,931 arrivals.

Asked about whether the profile of Cyprus’ tourists has changed, specifically whether some with lighter wallets are now more prevalent, Perdios detailed that it’s no bad thing to attract a more diverse market – including those who are looking for alternatives to the typical sun and sunbeds type of vacation.

“Cyprus offers something for all tastes, for all the wallets, and for whatever it is someone wishes to do,” he said, adding that: “It’s no bad thing for a destination to offer five-star products but also other activities which are slightly different, such as nature excursions, city breaks and so on.”

He explained that despite the increasing cost of living there are many who still wish to spend on holidays as they have been deprived of such opportunities in recent years, including locals.

“We’re seeing a need from people to get out and about, to go into the countryside, visit the villages and live authentic experiences,” he said.

The minister stated that online searches are increasingly looking at car rentals which indicates that visitors wish to travel across the country and not remain in just one place or town.

“That’s something that wasn’t really the case prior to the pandemic, and I can say that package deals previously comprised about 70 per cent of arrivals whereas now it’s at about 40 per cent,” he said.

While package holidays are still a central part of the tourism industry and continue to provide visitors with stress free relaxation in the sun, many felt they were missing out as the money was being spent at a single hotel. The minister also said that those not on package deals typically spend more.

Elsewhere, Perdios said that there is considerable interest for holidays in Cyprus, emphasising that one to one and a half million potential visitors research online visits to Cyprus each week – not including other searches such as business or investment.

He explained that the rate of increased interest shown through such online searches is higher for Cyprus compared to its regional competitors, such as Malta, the Greek islands and Turkey.

And while that may calm the nerves of some in the sector, for now they will inevitably wait and see whether that interest online converts into physical visitors.

The minister was also asked about the lack of interest from Greeks in visiting Cyprus, while in reverse Greece is an incredibly popular destination for Cypriots.

“I believe that this could change, but we view it as no one else being to blame other than ourselves – across all the sectors, it’s about creating demand in a market for them to wish to visit us,” he said.

“Greece has done a great job in Cyprus, which is why everyone at the drop of a hat will visit there for holidays, but now is the time for Cyprus to also give the attention which is required to the Greek market,” Perdios stated.

He added that top level contacts have taken place and will continue to promote Cyprus’ new tourism identity.

The minister explained that Greece, a nation of ten million, could become a market in which visitors could holiday in Cyprus all year round, as the island provides a great climate even in the winter – something which perhaps no Greek island can offer to the same extent.

The top five reasons to franchise your small business

Why is Bitcoin crashing? And why is Chronoly (CRNO) rising? We explain