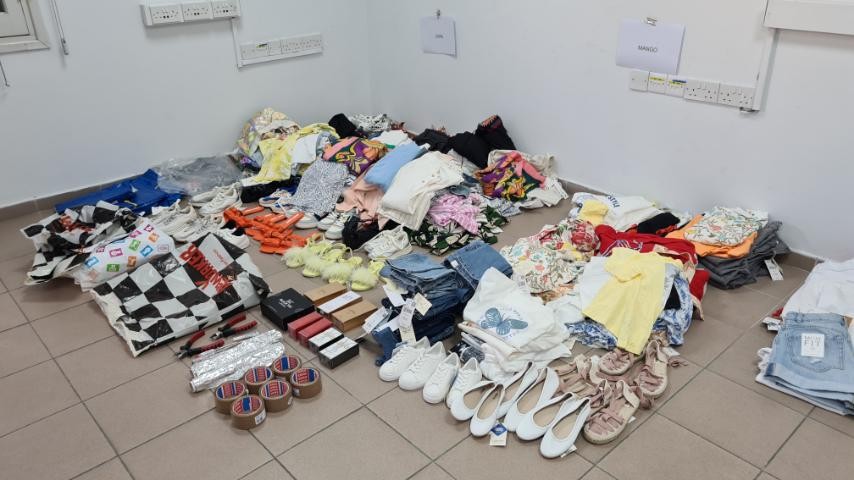 Three people were remanded for eight days on Tuesday on suspicion of using special bags to bypass anti-theft scanners and steal from various shops in Larnaca.

The stolen merchandise, which included women’s and children’s clothing, was worth over €7,000, senior police officer Charis Hadjiyiasemi told the Cyprus News Agency.

The remanded suspects were two men aged 27 and 37, as well as a 29-year-old woman all of whom were arrested on Monday.

According to the senior officer, the case was reported to the police on May 26 by a shop manager at Larnaca’s Metropolis Mall. According to her complaint, CCTV cameras showed that the previous day, unknown persons had stolen a quantity of clothes from the store using a bag of specific design.

On Friday, the shop’s stock count revealed that women’s and children’s clothing worth about €7,000 were missing.

Later that day, police received another complaint from the head of security at the same shopping mall, saying that an unknown person was found in possession of the specific plastic bag. As soon as the person noticed the security guards, he dropped the bag and fled.
Inside the bag, there was clothes worth about €330, which were returned to the shop they were stolen from.

The security tag was still on the clothes, Hadjiyiasemi said.

Officers who examined the bag concluded that it was specially modified to allow products with security tags on to be taken out of a shop without setting off the security alarm.

The suspects were identified when they returned a hire car to a rental agency. Investigations showed they arrived in Cyprus on May 23 and were staying in Larnaca.

Inside the car, police found a large quantity of stolen items, as well as receipts for parcel delivery, “possibly proving they had sent stolen goods abroad”.

Hadjiyiasemi said it appeared the suspects had also stolen goods from other shopping centres.

The shop thefts prompted police to issue a warning on Saturday, saying they were investigating cases in Nicosia and Larnaca.

In Nicosia, clothes worth about €4,000 were reported stolen between May 20 and 21 by the shop manager.

CCTV footage revealed that the perpetrators placed the clothing in a black and white bag and exited the shop without activating the anti-theft alarm, police had said.

Turkish court to rule in case against top Erdogan opponent

Ex-bishop’s accuser wants the ‘truth out’