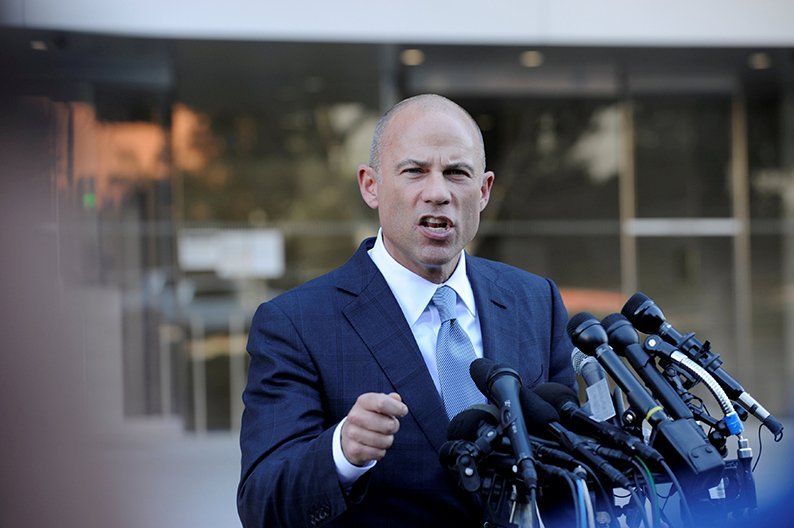 A federal jury had convicted Avenatti in February of wire fraud and aggravated identity after a two-week trial, agreeing with prosecutors that he embezzled nearly $300,000 in book proceeds intended for Daniels. Read full story

Avenatti, 51, had already been serving a 2-1/2-year sentence stemming from his 2020 conviction for trying to extort millions of dollars from Nike Inc NKE.N.

Eighteen months of the Daniels sentence will run concurrent with the Nike sentence, meaning Avenatti faces a combined five years in prison.

“I have destroyed my career, my relationships and my reputation,” Avenatti told Furman before being sentenced in the Daniels case.

Prosecutors had recommended that Avenatti receive a “substantial” prison term, including a mandatory two-year term for identity theft. nL2N2XJ18V]

Avenatti, who represented himself, proposed a three-year sentence in the Daniels case, with one year running concurrent with his Nike sentence.

He wore beige prison garb and blue sneakers to the sentencing, after Furman rejected his request that he be allowed to wear a suit.

Avenatti became a household name thanks to cable television appearances while representing Daniels in lawsuits against Trump.

Daniels, whose given name is Stephanie Clifford, received $130,000 from Trump’s former lawyer Michael Cohen, in exchange for remaining quiet before the 2016 presidential election about sexual encounters she says she had with Trump, which he has denied.

Avenatti freed Daniels from her nondisclosure agreement with Trump.

But his career unraveled in 2019 when he was criminally charged in New York in the Nike case, and in California with stealing millions of dollars from five other clients.

The California case is ongoing following a mistrial last August.

Daniels testified that Avenatti “betrayed” her by diverting money to an account he controlled without telling her.

During cross-examination, Avenatti tried to undermine Daniels’ credibility by focusing on her interest in paranormal activity. Daniels, who is producing the TV project “Spooky Babes,” said she could speak with the dead. Read full story