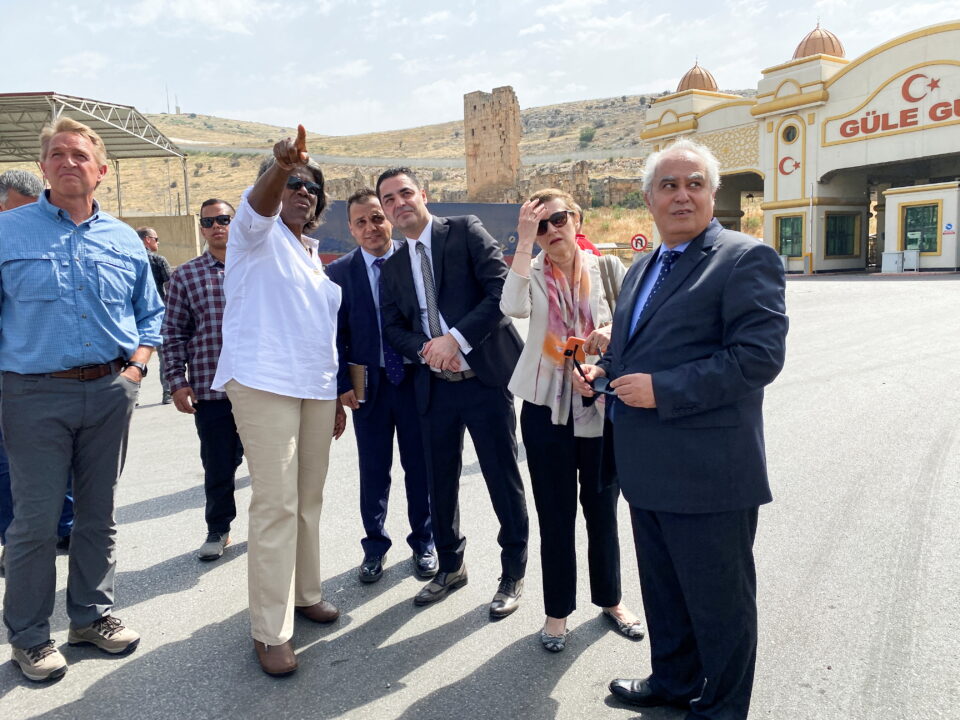 The U.S.-backed Syrian Democratic Forces (SDF) said on Thursday a new offensive threatened by Turkey in northern Syria would create a humanitarian crisis and undermine its campaign against the Islamic State group.

SDF commander Mazloum Abdi called on all sides to “prevent any new tragedies and support de-escalation”, warning that a new assault would fuel yet more displacement in Syria’s 11-year-long conflict.

Turkey, which has mounted four operations in northern Syria since 2016, has vowed a new offensive against the Kurdish YPG militia, the spearhead of the SDF, which controls swathes of territory at the Turkish border.

While Turkey views the Kurdish-led forces in Syria as terrorists and a national security threat, the United States views the SDF as an ally that has helped drive Islamic State from vast areas of Syria.

Turkey is one of several powers drawn into the war in Syria, where Russia backs the government.

Russia, expressing alarm, said it hoped Turkey “refrains from actions which could lead to a dangerous deterioration of the already difficult situation in Syria”.

A foreign ministry spokeswoman told Interfax news agency that if Ankara launched an attack it would represent a direct violation of the sovereignty and territorial integrity of Syria and provoke further escalation of tension.

Washington, whose support for the SDF has long been a point of tension in ties with its NATO ally Turkey, has expressed concern, saying any new offensive would put at risk U.S. troops – which have a presence in Syria – and undermine regional stability.

On a visit to the Turkish town of Hatay near the Syrian border, the U.S. ambassador to the United Nations reiterated U.S. opposition to any military action.

“We think that nothing should be done to break the ceasefire lines that have already been established,” Linda Thomas Greenfield said.

She added any such action would not only increase suffering but also the number of displaced people, including some who might try to cross into Turkey.

President Tayyip Erdogan said on Wednesday Turkey would rid Syria’s Tal Rifaat and Manbij areas of terrorists, confirming the targets of the incursion and saying it would continue into other regions.

Russian army helicopters have been making unusually frequent flights over northern areas held by the government or SDF over the last week, the Syrian Observatory for Human Rights, a UK-based organisation which reports on the conflict, said.

On the ground, there has been an uptick in violence between Syrian parties to the war. But sources on both sides say they have not seen big military movements.

The SDF-aligned Manbij Military Council said one of its fighters was killed while repelling an attempted infiltration by Turkey-backed fighters.

Two of the attacking forces were killed, Sharfan Darwish, its spokesperson, said.

There was no immediate comment from Turkey-backed groups in the area. Reuters could not independently confirm the incident.

On Wednesday, three civilians and a fighter were killed in a rocket attack on Tel Abyad, a border town seized by Turkish forces and their Syrian allies in 2019, said the Observatory.

The Observatory said the rockets were fired from areas where both SDF and government forces operate. The rebel National Army said the SDF was responsible. An SDF spokesperson could not immediately be reached for comment.

Turkey views the YPG as an extension of the Kurdistan Workers’ Party (PKK), which has been waging an insurgency since 1984 in which more than 40,000 people have been killed.

Western governments, including the United States and European Union, designate the PKK as a terrorist organisation.

Turkey alerts citizens to risk of attack in United States, Europe on heels of Western warnings