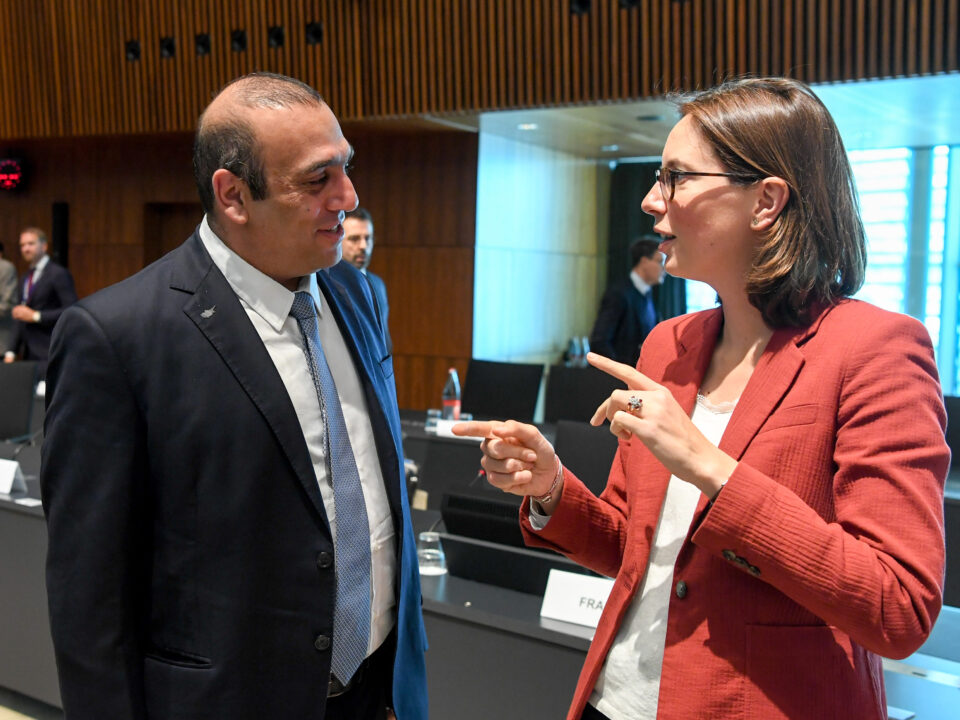 Proposals submitted by Cyprus and adopted by EU transport ministers will help cushion the blow from a transition to sustainable aviation fuels that could potentially cost the island a 20 per drop in tourism arrivals because of costlier airline tickets, the ministry of transport said on Friday.

Cyprus’ case was made by Transport Minister Yiannis Karousos during Thursday’s EU transport council’s discussion on the bloc’s ambitious Fit for 55 programme to achieve climate neutrality by 2050.

It reflected what he said was Nicosia’s desire to be part of the solution, and not the problem, as he voiced satisfaction with the outcome.

“Today is a historic day for the transport sector of the EU. We have approved in the transport council the first legislative proposals for Fit for 55,” Karousos said after the meeting.

The shift to sustainable aviation fuels comes with a heavy price tag, and Cyprus would be disproportionately affected, he said.

“Cyprus is one of countries which would see one of the most negative effects on its economy and aviation industry. For 2024 to 2050, the effect will be €18 billion – for an economy of €24 billion. These are numbers which are worrying for us,” he said.

Karousos spoke of a projected drop in tourism arrivals of 20 per cent, resulting in the loss of 10,000 jobs and a negative effect on GDP of 1.75 per cent.

“Because Cyprus wants to be part of the solution, we have proposed legislative proposals such as the SAF allowance mechanism, which we are happy to see was included in the decision, and other measures regarding sustainable fuel infrastructure,” he added.

Sustainable aviation fuels (advanced biofuels and electrofuels) have the potential to significantly reduce aircraft emissions. However, this potential is largely untapped as such fuels represent only 0.05 per cent of total fuel consumption in the aviation sector.

The ReFuelEU Aviation proposal aims to reduce the aviation sector’s environmental footprint and enable it to help the EU achieve its climate targets.

Speaking to the council, Karousos noted that as an island on the periphery of the EU, the impact on Cyprus would be significant. Citing assessments, he said the total cost of air transport for all EU member states up to 2050 would be €1.4 trillion. The accumulated impact on Cyprus’ GDP would be eight times the EU average.

Airline tickets would rise between 40 and 50 per cent, leading to drop in tourism revenue of between 15 and 20 per cent, the loss of 10,000 jobs – 2.5 per cent of the labour market – and shave 1.75 per cent of GDP. Turkey’s continued unjustified ban on Cyprus-flagged aircraft in its airspace further erodes competitiveness, he added.

However Cyprus does recognise the positive aspects of the problem, and despite the difficulties wanted to be part of the solution, he stressed.

SAF would affect the competitiveness of some regional airports, thus the importance of ensuring a level playing field. Cyprus had submitted a proposal to set up a mechanism to subsidise SAF. This tool would aim to bridge the gap between the price of SAF and convention aviation fuel. This mechanism should be included in the legislative proposal on carbon emissions in aviation, he added.

After the minister’s speech, the French presidency recognised the particularities of regional and island states in the EU which must be taken into consideration.