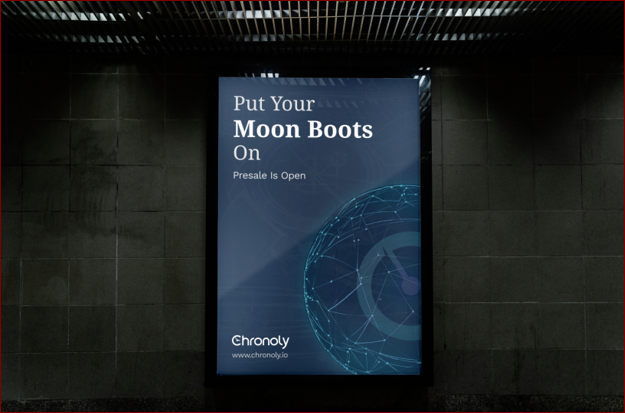 The metaverse will enable people to invest in the real and virtual worlds designed on different blockchains. Your “Avatar,” or virtual self, will someday be able to interact with other Avatars (humans and artificial intelligence) and digital assets across virtual worlds and applications. In short, the metaverse has a lot of potential for the future. From an investment perspective, three coins, Decentraland (MANA), Enjin Coin (ENJ), and Chronoly (CRNO), are the best choice for metaverse investment.

Decentraland (MANA) is a Metaverse platform built on the Ethereum blockchain. It also enables users to create, experience, and monetise content and applications. Decentraland launched in 2017 after a $24 million initial coin offering (ICO). Furthermore, the virtual world began its private beta in 2019 and was opened to the public in February 2020. It’s the first metaverse token to host a fashion show and a virtual wedding.

MANA has shown a bullish uptrend in a more petite time frame, as illustrated below in this MANA price forecast chart. It has increased by 12.7% in the last 30 days. If the current bullish trend continues, MANA is expected to reach $5.2447 by 2024. Going $8 is optimistic in price with upcoming partnerships and developments.

Enjin Coin (ENJ) is an ERC20 token that focuses on blockchain gaming and is one of the largest gaming networks, with over 250,000 users. Furthermore, gamers on the platform pay lower fees and are protected from fraudulent activities.

Enjin Coin (ENJ) is expected to reach $4.7 by 2023 if the current bullish trend continues. The rise is likely to be slow, but no major drops are expected. With planned partnerships and developments, reaching $5 is pretty optimistic in price, but it is undeniably feasible soon.

The price of Enjin Coin (ENJ) may rise, eventually reaching $10. Furthermore, this is only possible if the market maintains its bullish trend. Likewise, only if the cryptocurrency ENJ surpasses the psychological resistance level.

Is Chronoly (CRNO) a good investment?

Chronoly (CRNO) is the world’s first decentralised marketplace for luxury watch-backed NFTs. Each NFT is supported by a genuine watch version, such as a Rolex. The NFT is then divided into smaller parts, allowing smaller investors to acquire a piece of a rare luxury watch. Users who own 100% of the watch fractions may withdraw the actual watch from the Chronoly vault at any moment or borrow against their watch fractions via Chronoly’s lending protocol.

Chronoly’s token CRNO is a utility token that runs Chronoly’s ecosystem, and it has grabbed the attention of many investors due to its strong start to its presale. The global watch market is extended to over $64 billion but has failed to keep up with innovation and provide investment opportunities to individual investors. With Chronoly (CRNO), it is possible to invest in watches from as low as $10. According to the development team, the Chronoly (CRNO) oracle will be released in phase 4 of the company’s plan, allowing anybody to validate a watch’s legitimacy on the blockchain and connect with metaverse and other third-party web3 games. Chronoly (CRNO)  has many projections in hand, and if they succeed in achieving them, it will be among the list of most stable coins. For example, the developers have planned to:

The Chronoly (CRNO) tokens are in the first round of their presale, and they are currently trading for $0.033. The experts have predicted its price to rise at least 3000% after the second phase of the presale.

Turbulence ahead for Turkey and the West