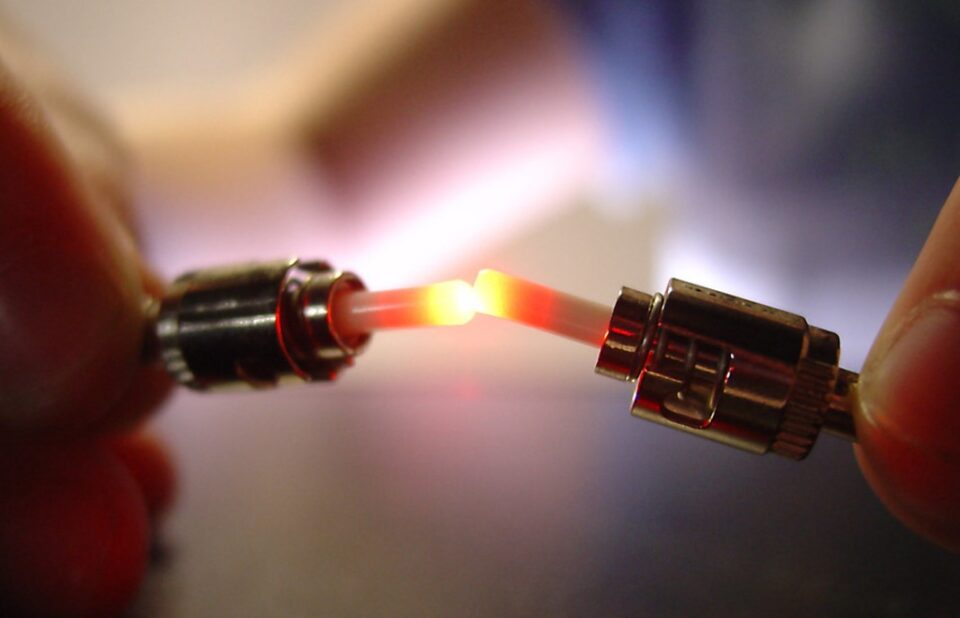 The deal between Greece and Saudi Arabia agreed earlier this week to launch a joint venture to lay fibre optic data cable that will link Europe with Asia also involves Cyprus.

The project for the undersea and land data cable has been titled the East to Med data Corridor (EMC).

The operation of the EMC at the end of 2025 removes connectivity constraints to fast digital communication networks and creates the conditions for Cyprus to become a regional data hub in the Eastern Mediterranean.

Its operation will enable the development of new business activities in a number of technology segments, including cybersecurity, big data and data centres.

“Cyprus, through EMC, is becoming a key player in this international consortium,” Sinka told the newspaper.

“The fact that Cyprus is an island and is not connected by land to continental Europe was until recently a major disadvantage in terms of international digital connections. So in fact, with EMC Cyprus can take full advantage of its geographical location, strengthening its position as a regional hub for surrounding areas such as Syria and Lebanon, which would not have been possible without a major partnership, such as the one with Greece and Saudi Arabia on this project. This is something that was embraced and shared by both the government of Cyprus and Greece respectively from the very beginning,” Sinka explained.

The EMC can meet the digital data and content needs of a large part of the populations of countries between Asia and Europe. It will also make Greece the Digital Gateway of the European Union to the East, with Cyprus being part of this data transfer highway, part of a large international consortium.

The development of the East to Med data Corridor is a private initiative which received government support during the Greece-Saudi Arabia Business Forum and fifth Joint Inter-ministerial Committee Meeting held earlier this week in Athens.

TTSA formulated the initial idea some years ago, recognising that the telecom market needed the creation of an alternative route to digitally connect Asia to Europe.

This gave rise to the idea of the submarine data transmission cable via an alternative route, coupled with the need for fast, delay-free, and secure data transfer.

At the same time, the concept of ‘submarine cable diplomacy’ in shaping the geopolitical order, shaping foreign policy strategies, while ensuring digital upgrading should not be overlooked.

The TTSA initiative clicked with the digital transition, which is a priority for both Europe and Saudi Arabia, which has developed its Vision 2030 policy.

In this context, the TTSA contacted and collaborated with PPC, Cyta and STC, and when the project matured, banking institutions.

Working with the three companies helped to mobilise interest at the government level, achieving the support of the governments of Greece, Cyprus and Saudi Arabia.

The EMC is designed as a state-of-the-art submarine cable to provide an alternative, complementary and lower cost digital pathway to connect Asia to Europe. It is intended to carry data much faster, securely and with far fewer delays, compared to previous generation infrastructures.

The total cost of the investment is estimated at around $850 million (€800 million). A final agreement between the shareholders is expected to be signed at the end of July and construction will start in early autumn. The cable is expected to be completed and put into operation in the fourth quarter of 2025. Announcements on the countries it will cover will be made in the coming period.

The advantages of the cable include access to faster, safer and cheaper internet; creating the right conditions and infrastructure for the development of data centres; as well as implementing the necessary technology to support an entire digital ecosystem in the future.

Established in 2007, TTSA operates in the Telecommunications and Energy sector and has 15 years of experience in infrastructure projects for the development and upgrade of internet services.

It is based on a partnership of Alexandros Vlachos, Nikolaos Vlachos and Alexandros Sinka.

The TTSA team consists of about 30 executives (telecom engineers, lawyers, economists, commercial) who are able to manage complex and multi-level international technological, legal and financial issues to bring to fruition the design and implementation of a project of this magnitude such as the East to Med data Corridor (EMC).

In 2019, TTSA S.A. expanded its activities in Cyprus by establishing TTSA Cyprus.