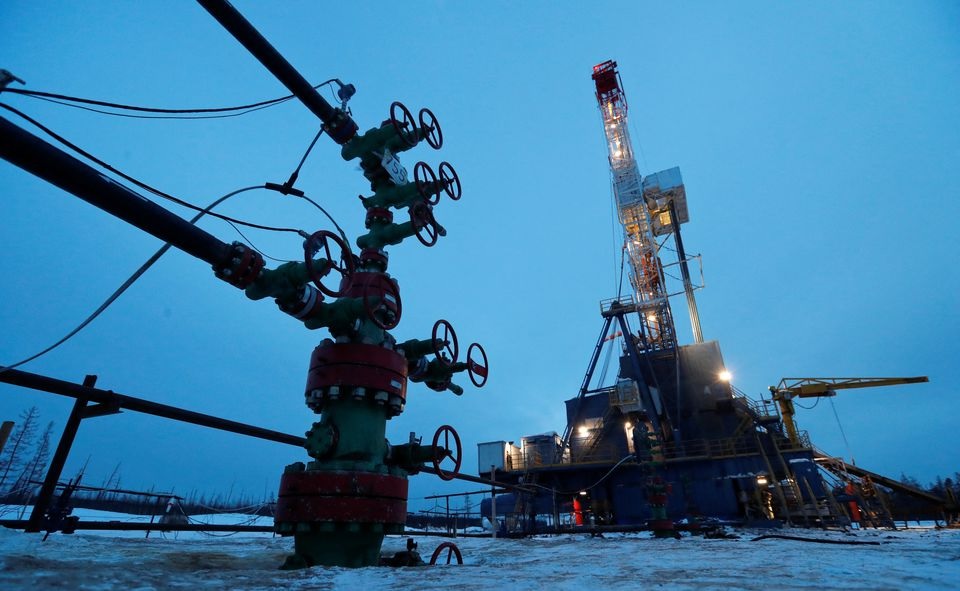 The oil ban may not bring the pain to Russia that Brussels expects. The losers are the consumers

The EU finally agreed on Thursday to impose a ban on seaborne imports of Russian oil by the end of the year, excluding – for the time being – the supply of oil through the Druzhba pipeline to Hungary, the Czech Republic and Slovakia.

The sixth package of EU sanctions against Russia will directly affect 75 per cent of Russian oil imports and by the end of the year 90 per cent of the imports into Europe will be banned.

But is geopolitics trumping economics? The political divide between western democracies and China and Russia is now becoming deeper and in danger of becoming more permanent. That could affect everything, including the fight against climate change that needs cooperation.

As these sanctions come into full effect, it is likely that the Brent oil price will exceed $130/b. And if the US and EU apply effective secondary sanctions, such as banning oil shipping insurance and applying tariffs to restrict flow of Russian oil to other markets, it will go much higher. It is already over $124/b.

The decision by OPEC+ on Thursday to increase oil production in July and August by 650,000 b/d, instead of the planned increase of 400,000 b/d, has had no impact on the oil price. It dropped immediately after the announcement, but by the end of the week it returned back to over $124/b. This is not surprising. This increase is too little, both in barrels and in time, to counter-balance a reduction of around 3 million b/d of Russian oil supplies to the EU by December. Most OPEC+ members are already struggling to increase production, let alone replace Russia’s inevitable production deficit.

In 2021, Russia supplied 27 per cent of EU’s imported oil, around 2,2 million barrels per day (b/d) of crude oil and 1,2 million b/d of oil products. Sanctions mean that by December this will be reduced to less than 400.000 b/d, with the EU needing to find other oil to fill that gap. With only a modest response by OPEC+ on Thursday, securing alternative supplies will be challenging, costly and will take time.

Total annual exports of crude oil and petroleum products from Russia were 7.8 million b/d in 2021. Even if they are reduced by 1-1,5 million b/d due to the EU embargo, Russia’s revenues from oil sales will still be over 50 per cent higher than before the pandemic due to the much higher oil price.

Charles Michel said the deal will cut-off a huge source of financing for the Russian war machine. But evidently, the oil ban may not bring the pain to Russia the EU expects, especially as Asian countries have already stepped-in to fill the gap.

Unprecedented amounts of Russian oil is heading to India and China as the west and its allies ratchet-up sanctions. And there is a good reason. Oil from Russia currently trades at about $95/b in Asia – over 50 per cent up on 2019 prices – while Brent crude is above $120/b. In April, Asia overtook Europe as the largest buyer of Russian crude for the first time, and the gap widened in May.

It is estimated that by the end of May Russia had up to 79 million barrels of crude either travelling on tankers or held in floating storage. That is almost three-times the 27 million barrels of crude Russia had seaborne in February, just before the invasion of Ukraine. Evidently, despite EU’s sanctions, Russian oil still has plenty of buyers, at prices high enough to keep revenues high.

Global oil supply is already tight as a result of under-investment in recent years due to pressure from climate change. As a result of the ban – impacting Russia’s oil production and exports – the world market will see further supply constraints, which are expected to keep oil prices high. Especially when China emerges from the pandemic and its economy begins to recover, needing more oil.

As the agreed cuts are so massive, there are concerns, and increasing risk, that Russia may decide that it has not much to lose and make the first move and cut-off all oil exports to Europe at a time of its choosing for maximum impact. This will have significant implications due to the fact that it is not easy to replace such quantities over a short period of time. If it happens prices will sky-rocket, up to $200/b.

The EU sees its ban on Russian oil as a major achievement, but the bounds of European unity are likely to be tested as the war drags on. With energy and food prices worsening, some EU leaders have already warned that they will resist further sanctions because of the dire impact on their economies. They are certainly very cautious about sanctions on natural gas. This underlines the difficulties EU is facing in finding a way to further increase pressure on Russia while avoiding damaging parts of the European economy that depend on Russian energy.

The losers in all of this are the consumers. The cost-of-living crisis, rising energy prices, and food and commodity prices in general, are being felt across Europe. Inflation in the euro-area sky-rocketed to 8.1 per cent in May and that means higher interest rates and falling real incomes. A lethal combination that, if not addressed, could cause upheaval.

This is hastening EU’s determination to accelerate transition to renewables and hydrogen. But with intermittency still a problem, dependence on fossil fuels, especially natural gas, may last longer than the European Commission anticipates.

In Cyprus we are experiencing a double-whammy. We buy oil in dollars and sell the products out of it in euros. As a result, not only Cypriot consumers bear the brunt of the high oil price, but also the impact of the euro/dollar exchange rate that has gone down by 15 per cent during the last year.

Cyprus ready to deal with monkeypox