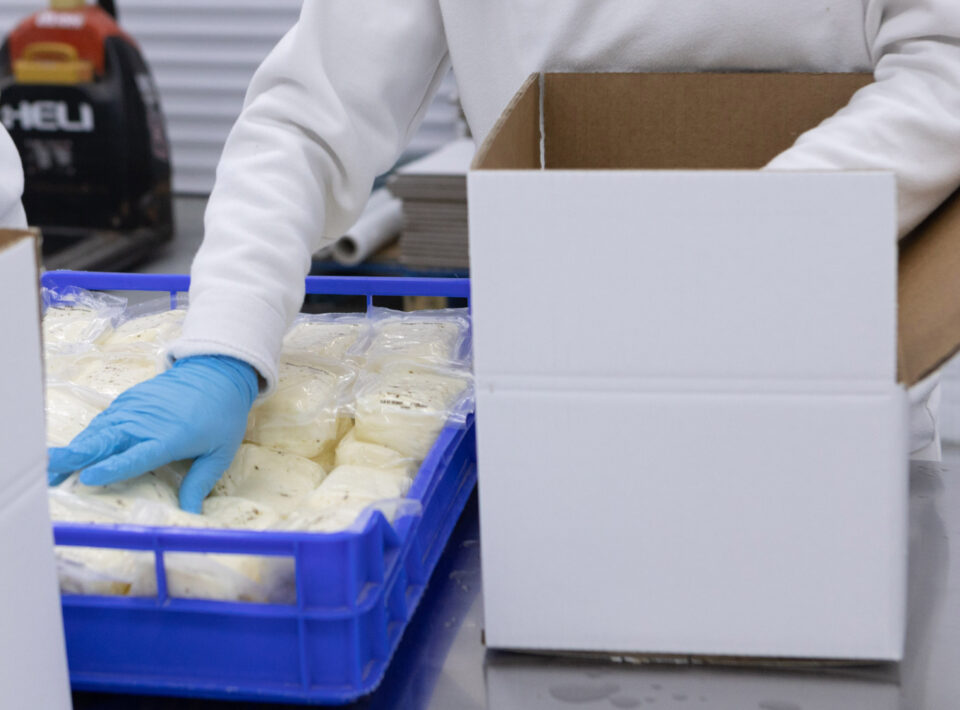 Producers who are now stuck with hundreds, if not thousands, of tonnes of halloumi that legally speaking is not halloumi Photo: CNA

MY FRIEND Costas Christofides made the big leap last Sunday, announcing his candidacy for the presidential elections to a full house at the Pallas theatre in Nicosia and received an extended standing ovation at the end of his address, which may have been a bit too long.

The former rector’s speech was passionate, honest and hard-hitting which was why the audience gave him such a warm and enthusiastic send-off. It helps when you genuinely believe what you say and haven’t copied all your ideas from someone else’s speech because you believe in nothing other than buttering up people.

His address was in stark contrast to that tepid and underwhelming, copy-paste candidacy speech by the Paphite platitude salesman, a few weeks ago, which was so devoid of nerve and conviction the hand-picked studio audience looked bored and deflated by the end of it.

Maybe next time the independent dreamer addresses a crowd he could repeat some of Christofides’ ideas as his own ideas. First, however, he would need some training on how to pretend that he actually believes what he is saying.

THE SPEECH by Christofides confirmed what I said a few weeks ago – that he will bring some fun and mischief to the campaign because he always speaks his mind. Here are a couple of examples:

“We do not want our children, disgusted being forced to move abroad, we do not want to be ashamed to show our passport…. What I will tell you was not written for me by a communications advisor…. The Cyprus settlement, abolition of Turkish guarantees and joining Nato would be a positive prospect.”

He said he was often asked by journalists if he had the experience to govern the country and this was his response: “The experience of our politicians that led to the division of our country, which caused three economic catastrophes and turned the country into a world corruption laundry? This experience, it is true I do not have.”

Meanwhile, a tenth presidential candidate appeared this week, by the name of Charalambos Aristotelous. He is 37, and a non-Akelite leftist, who will be remembered for the garish yellow bow-tie he wore in the publicity photo he sent out.

SUNDAY is a big day for the non-Akelite non-leftist, Andreas Mavroyianis as he is widely expected to be endorsed by the party’s Pancyprian congress that will be attended by a thousand comrades.

The main proposal for backing him will be made by party leader Stef Stef, who at the political bureau meeting that had to choose between Mavroyiannis and my friend Achilleas Demetriades he had supported the latter. This was the first time the comrades had overruled the leader’s choice of candidate.

The 1,000-member congress will vote, and believe it or not, 10 comrades will be allowed to speak against backing Mavroyiannis. The sound system will probably be turned off when the dissident comrades are making their case against the man with impeccable anti-settlement credentials, whom Akel expects to pursue its pro-settlement agenda if elected.

It would be a laugh if the comrades vote against Mavroyiannis’ candidacy, but there seems to be more chance of the central committee supporting membership of Nato than this happening.

IT WAS not a good week for the Paphos platitudes salesman as the issue of his leeching of the taxpayer was brought up by Politis. The paper carried an extensive report about all four daughters of the candidate attending the most expensive private school in Kyproulla, at the taxpayer’s expense.

It was estimated that the total cost to the taxpayer would be in the region of 500 grand. Our establishment wrote about this a few months ago, pointing out that as a diplomat with the political connections never to be posted abroad, Mrs Karsera should not have enjoyed the benefits afforded to diplomats that have to serve abroad for four years. She has been in Kyproulla for the last 10 years.

Apparently, Disy candidate Averof also sends his son to the same school, but that is no issue as he pays the fees out of his own pocket.

PREZ NIK’S Cyprob theatre is becoming more absurd by the week. In the latest act, he sent a letter to his Denktator disciple, Ersin Tatar in which he analysed his proposal for a resumption of the talks and explained the confidence-building measures the Turks would never accept.

In a new twist, he told Tatar that the talks could be based on the 2014 agreement he made with Dervis Eroglu, presumably because he was as hardline as Tatar. Predictably, he was told to shove his proposal, in politer terms, but Nik showed us all he was trying to do something about the Cyprob, secure in the knowledge it would fail.

He never tried for the three years after Crans-Montana, when the pro-settlement Mustafa Akinci was the Turkish Cypriot leader. This must have been because Akinci was committed to a federal settlement and would have accepted Nik’s proposal for a resumption of the talks.

THE HALLOUMI identity crisis will be taken to the presidential palace on Monday, Prez Nik inviting the halloumi producers to find another half-baked solution to the colossal mess his government has made in the handling of the PDO for our cholesterol-boosting cheese.

The PDO was a catalogue of blunders, and after dragging its feet for the last year, the government has been forced to inform the producers, what everyone has known since the PDO was implemented last October – cheese that does not comply with the PDO specs (20 per cent sheep or goat’s milk content) cannot be called halloumi.

The cowardly government got the attorney-general to break the news to the producers who are now stuck with hundreds, if not thousands, of tonnes of halloumi that legally speaking is not halloumi. Nik will probably tell them that the government will allow them to sell their stocks of fake halloumi, with the halloumi label, because the law does not always have to be respected.

His outrage sparked the inevitable hysteria from fellow virtue-signalers on social media coming up with hackneyed question of how people could pay €700 for a pop concert when people did not have enough to eat. It was obscene, heartless and indicative of the Nik presidency, pontificated the do-gooder lefties.

It was nothing of the sort. It was a clear case of demand and supply determining prices, which lefties, no matter how well-educated, cannot understand, let alone accept. And if the Gipsy Kings perform their hilarious version of Hotel California, which is infinitely better than The Eagles’ version, it would alone be worth the price of the ticket.

THE COMMISSIONER for the protection of the rights of children, Despo Michaelidou Livaniou, a former judge, displayed her liberal, woolly-mindedness in an interview she gave to Phil on the occasion of the World Day for Children’s Rights.

“Unfortunately, we do not have a child-centric view and decide, in most cases, about children in their absence,” she said, arguing that children must be given a say. “We still have a long way to go as regard the issue of meaningful participation of the child: recognition of the child as an active citizen, a child that is empowered, that can form an opinion on issues that affect it.”

Are we now going to be inviting the empowered five- and six-year-olds to House committees to give their views about legislation that bans the sale of alcohol to them? At what age should kids be given the right to vote so the new president is not chosen in their absence?