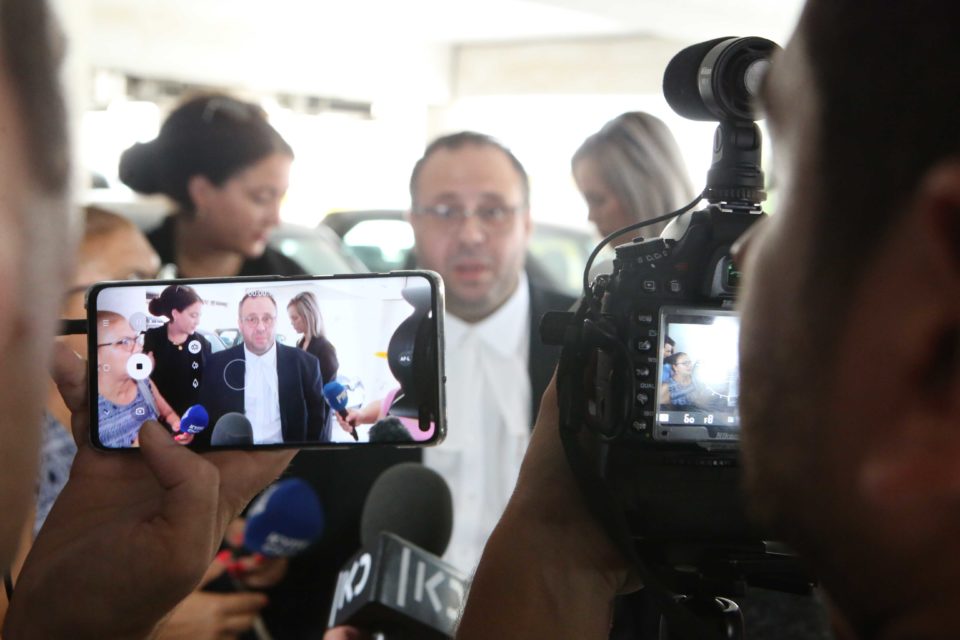 Controversial lawyer Andreas Pittadjis – whose famous line ‘this is Cyprus’ became a phrase used to laugh at scandals – was fined €4,000 by the Cyprus Bar Association on Tuesday for demeaning the profession.

The body’s disciplinary council fined him for posts made on social media in which the lawyer sought to argue his side following Al Jazeera’s release of ‘The Cyprus Papers’.

He claimed that one of the network’s undercover journalists visited a cabaret in Ayia Napa and left with a woman who was working there, further stating that he had footage of the incident – but would not make it public “for obvious reasons”.

A majority of the Bar Association council found him guilty on two out of five disciplinary charges, stating that some of the content of his posts constituted professional misconduct.

He was found to have acted unprofessionally by being contemptuous and publicly posting private details of representatives of prospective clients without their consent, further revealing details of alleged crimes without having first reported the case to the authorities. As such, Pittadjis was deemed to have acted in a way which does not instill respect and dignity in the profession.

He was found guilty on another charge on similar grounds, while the other three were dropped as they were essentially the same.

The fine is not linked to the substance of the alleged corruption depicted in the footage, but rather to Pittadjis’ behaviour and specifically comments made on social media afterwards to argue his case. The association said Pittadjis is facing further disciplinary action for the issues raised in the documentary itself.

But the association itself has received criticism as it is viewed as not having done enough over the alleged corruption of some of those in the profession.

Pittadjis, along with then House president Demetris Syllouris and Akel MP Christakis Giovanis, was seen in the video released by Al Jazeera offering to help to a fictitious Chinese businessman with a criminal record to secure citizenship.

Pittadjis later claimed that he was playing along with the reporters, aware of what was going on, to fish for more details. Elsewhere, he sought to discredit the network’s report by stating that their motives were aimed at serving Turkish interests.

He called on its staff, the next time they are in Cyprus, to go to Varosha in occupied Famagusta and film his mother’s house and his father’s office, which are “held by your chums, the Turks.”

Pittadjis further claimed that Al Jazeera had misreported what he had told the undercover journalists and presented him as appearing willing to help their client change his name so that he could get a Cypriot passport.

In the footage, he was asked whether such a procedure would be possible and laughed, saying: “Of course, this is Cyprus”.

After the footage aired, however, he said they failed to include in the video that he told them he could change his name after getting the passport, but that their client would not be eligible for the document in the first place.

Syrian, Russian forces boosted in northern Syria as they ready for Turkish offensive