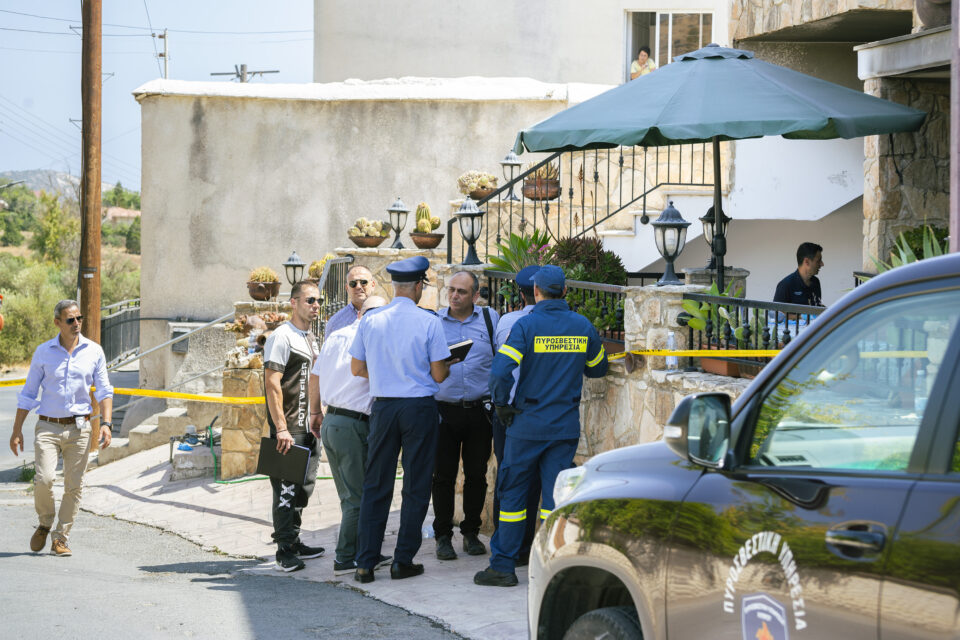 Police are investigating a case of premeditated murder and attempted murder after two people were found dead and two others were injured in a house fire in the village of Pyrgos in Limassol.

According to a police statement on Wednesday evening, around twelve noon, police received information that a man, in possession of a firearm, was seen walking away from a residence where a fire had broken out.

A 79-year-old man died and two women were critically injured when a house in Pyrgos was set on fire while they were inside, police said earlier.

According to Limassol CID chief Lefteris Kyriacou, the house was set ablaze by the nephew of the 79-year-old victim, named as Michalakis Mangas Demetriou. The younger man was found dead two hours later next to his car, about a kilometre away from the attack.

Kyriacou said the arson occurred at around noon when the 59-year-old nephew arrived at the house of his uncle in the area of Pyrgos in Limassol, carrying a petrol jerrycan and a shotgun.

The perpetrator set fire to the living room, where his uncle, 79, his uncle’s wife, 77-year-old Katerina Demetriou and a 73-year-old female relative, identified as Demetra Charalambous, were sitting, before he made a run for it.

Authorities at Moni police station and the fire brigade were immediately called to the scene and fire fighters put out the fire.

Demetriou was found with serious burns lying outside the house. Kyriakou said he showed no signs of life.

The two women were still inside the house where they were found with serious burns. They were taken by ambulance to Limassol general hospital in critical condition where they were intubated. They were later transferred to the burns unit at Nicosia general.

Villagers later found the 59-year-old man dead in an outdoor area next to his car, about a kilometre away from the house in Pyrgos. A shotgun was found next to his body.

He appeared to have a wound compatible with having been shot in the head, Kyriacou said.

According to Kyriakou police examinations so far show that the perpetrator poured a flammable liquid around the inside of the house and set fire to it without warning.

Reports suggested the two relatives had personal differences and had clashed before the arson.