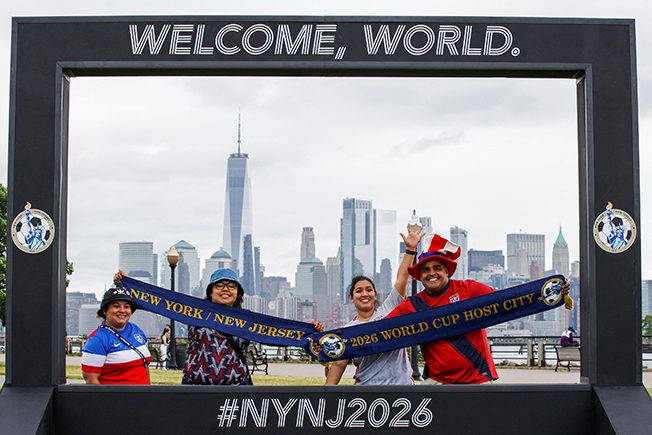 North America’s historical ambivalence to football is no match for the spectacle of the 2026 World Cup, FIFA president Gianni Infantino said on Thursday, as he bids to make the world’s “beautiful game” the preeminent sport in the region as well.

World football’s governing body FIFA announced the 16 cities – 11 in the United States, three in Mexico and two in Canada – that were successful from the 22 bids put forward in a special event at the Rockefeller Center in New York.

In televised remarks, Infantino boldly pledged that football would overtake all other sports in the region.

It’s a tall task in North America, where baseball is long considered “America’s pastime” and ice hockey Canada’s religion, and only Mexico can reasonably claim football as king.

For Infantino, changing that is imperative – if not inevitable.

“This part of the world, these three countries you are leading the world in many areas,” he told reporters. “But in the number one sport in the world, which is soccer or football, you are not – yet.

“And the objective must be that you will be leading the world as well in the world’s number one sport.”

A record audience of more than 3.5 billion people watched the 2018 World Cup in Russia, with the final between France and Croatia pulling in 1.12 billion viewers, underscoring the sport’s enduring global appeal.

The 1994 World Cup, the last time the United States hosted, sparked a boom in popularity for football, with Major League Soccer kicking off its inaugural season two years later.

In fact many of the matches in 2026 will take place on reconfigured American football fields, as some now use artificial turf. The 2026 World Cup will be planned on natural grass.

But with passionate fans around the globe planning to travel, Infantino said the region was poised for a soccer revolution.

“This part of the world doesn’t realize what will happen here 2026 – I mean these three countries will be upside down and then flipped again back,” said Infantino.

“The world will be invading Canada, Mexico, and the United States and they will be invaded by a big wave of joy and of happiness because that’s what football is about.”

McIlroy trails US Open leader Hadwin by one, Mickelson struggles

Man arrested after large quantity of cannabis found at his home