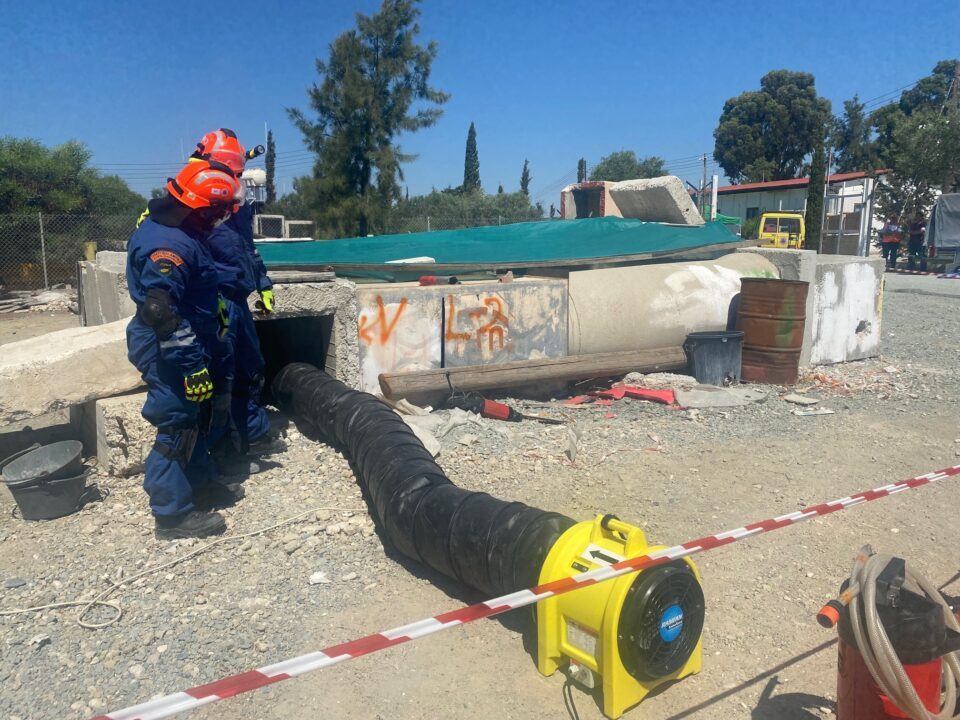 Cyprus has received certification from the UN Office for the Coordination of Humanitarian Affairs (OCHA), for earthquake preparedness and response, Civil Defence spokeswoman, Olivia Michaelidou said on Sunday.

Michaelidou told CNA the certificate was granted on Sunday following a visit and evaluation from OCHA representatives to the island over the past week when exercises took place as part of the process.

“The certification relates to the possibility of Cyprus facing a major catastrophic earthquake on the basis of international measurements and standards,” Michaelidou said.

During their visit, the OCHA experts visited earthquake-related services and monitored the civil defence exercise to make sure what are known as the INSARAG guidelines for search and rescue are followed.

These guidelines, according to Michaelidou are an accepted EU process

“This is very important for the Republic of Cyprus, because it ranks it among the few countries around the world, which have been tested and achieved the relevant certification,” she said.

“Obtaining the certification was the result of painstaking and hard preparation”.

Civil Defence applied for the OCHA cert four years ago. A formal co-operation process was then established with the German Federal Disaster Management Agency (THW), which provides support to countries wishing to join the UN OCHA network.

‘The process was very demanding, because it required the adaptation of the entire system to international standards,” said Michealidou.

“It was necessary to write a large manual of standard procedures, the purchase of specialised equipment, the training of our members in the new procedures and equipment and our participation in international exercises and trainings.”

The exercise held in the past week was the result of six months of training and preparation.

“THW representatives monitored every step of our preparations and guided us where they felt that changes were needed in order to comply with INSARAG standards. During the four years, they visited Cyprus several times, attended our exercises and offered us educational programmes. We are very proud of this achievement.”

She said it was great proof of Cyprus’ ability to deal with earthquakes.

The scenario of the most recent exercise concerned a magnitude 6.5 earthquake in the sea area of ​​Larnaca, that has been felt throughout Cyprus, but especially in the Larnaca district, causing great damage and the collapse of buildings.

Conservation science still rests on how animals can benefit humans