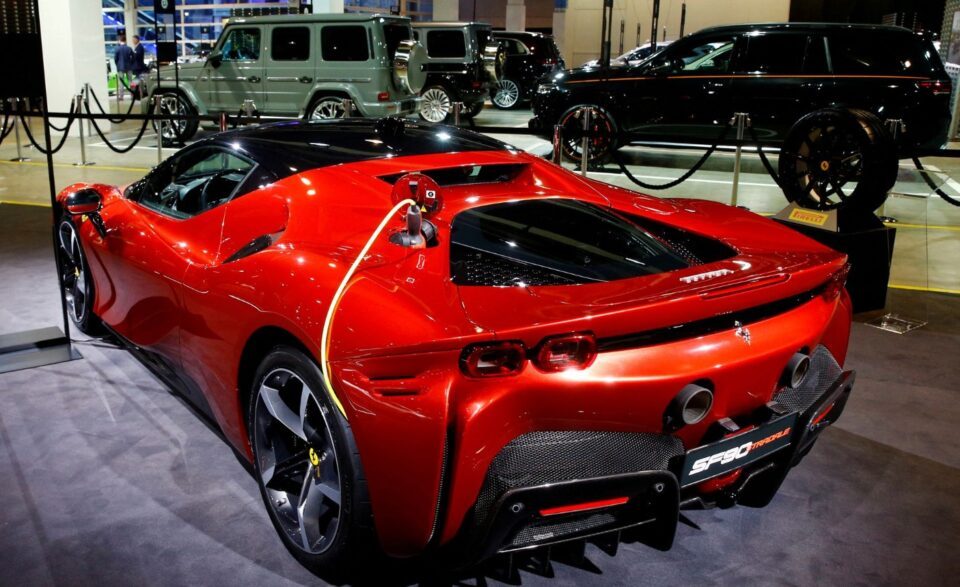 Electric and hybrid models should make up 80 per cent of Ferrari’s (RACE.MI) sales by 2030, the luxury carmaker told investors on Thursday, vowing to produce “even more unique” cars as it makes the expensive shift to zero-emission driving.

“We believe we can use the electric engine to enhance the performance of our cars,” Chief Executive Benedetto Vigna said on Thursday as he unveiled the company’s long-awaited new business plan.

Ferrari and its rivals also sell an emotional experience to wealthy customers currently centred on the throaty roar of that powerful engine. So as it goes electric, Ferrari must ensure its high-net worth customers and investors are along for the ride.

“Everything we do will always focus on being distinctively Ferrari,” company chairman John Elkann said in opening remarks. “The opportunity set of electrification and electronics will allow us to make even more unique cars.”

In the meantime, Ferrari said it would unveil its first ever sport-utility vehicle – powered by its hefty, gas-guzzling trademark 12-cylinder engine – this September.

Vigna confirmed the Italian carmaker’s plans to launch its first electric model in 2025, and Ferrari said it would launch 15 new models from 2023 to 2026.

Vigna said Ferrari would develop and build its own electric motors, inverters and battery modules for its electric models on a new assembly line at its plant in Maranello, Italy, while outsourcing non-core components to partners.

He said the carmaker is working with battery makers to research the next generation of solid state batteries, could store more energy than conventional batteries today, for its electric models.

Faced with looming bans on fossil-fuel vehicles in Europe and China, major automakers have committed to spend more than $250 billion through 2025 on the shift to electrification, according to industry estimates.

Customers and investors both like what Ferrari does today, with a long order book for cars that start from over 200,000 euros.