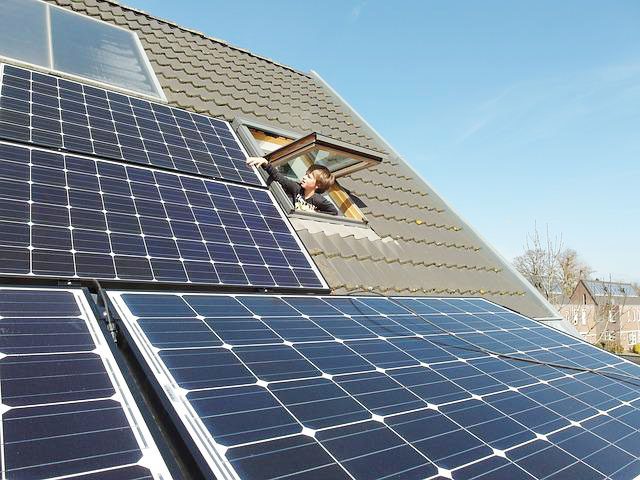 Botched-up policies in the implementation of renewables are not helping

Cyprus electricity prices have been escalating since last year and there does not appear to be an end in sight. If anything, they are expected to increase even more by the end of the year as oil and carbon emission rights prices go up and substantially more next year if the planned switch of power generation to using imported LNG materialises.

Implementation of renewables that could help bring prices down has been botched-up. Not only the prices EAC is being charged for renewable electricity are astronomically high, but Cyprus is also a laggard in Europe in terms of contribution of renewables to the production of electricity, despite the huge potential.

On top of that, taxes are over 50 per cent of the electricity production cost. Based on Eurostat statistics, during the second-half of 2021 the household electricity price in Cyprus was 23cents/kWh, of which 8cents/kWh was due to taxes. In Greece this tax was only 25 per cent. Why this difference?

So, what can be done? How can expensive electricity be tacked in Cyprus?

Europe’s decision to embargo 90 per cent Russian oil and oil-product imports by the end of the year at a time of tight oil supplies globally, has sent the oil price to highs it has not seen for a while.

It is expected that Brent crude will exceed $130/barrel by the end of the year. The prices of diesel and heavy-fuel-oil, used by EAC for power generation, are expected to go even higher due to global shortages, with concomitant effects on the price of electricity.

And if there was hope that switching power generation to imported LNG next year, especially since gas emits about 25 per cent less carbon dioxide in comparison to oil, this is a forlorn hope. LNG prices are about six-times higher than pre-crisis levels and are expected to remain high at least until 2025, and very likely beyond.

As a result, the net effect of switching to LNG next year would be an increase in the price of electricity of at least 25 per cent in comparison to now. The saving grace may be that this switch is not likely to happen as planned. The LNG import project at Vasilikos is bogged-down with problems, with no completion date in sight. Lack of government transparency is lamentable.

Botched-up policies in the implementation of renewables are not helping either. The award of projects without competitive bidding has led to prices charged by renewable electricity producers to EAC reaching astronomical levels, around 18-19cents/kWh, while production costs are of the order of 4-6cents/kWh.

CERA’s recently announced plans to bring this price down to 11cents/kWh does not go anywhere near internationally acceptable levels that could help bring electricity prices down.

Competitive bidding in countries like Portugal, Spain, Egypt and the UAE have produced prices around 2 US-cents/kWh. It is imperative that Cyprus does the same.

The much-promised liberalisation of Cyprus electricity market, promised to bring prices down, looks like being delayed yet again beyond 2022. But, given the above challenges, do not hold your breath hoping that its eventual implementation will have a significant impact on lowering electricity prices significantly.

Cyprus needs complete rethinking of its energy policies, implementing measures to maximise adoption of renewables to European levels through a truly competitive market and competitive bidding. This is the responsibility of government. The role of CERA is regulatory.

Cyprus is blessed with sunshine and high levels of solar radiation intensity almost throughout the year. Unlocking this energy potential should be top priority.

In the EU the war and the pandemic have shocked Member States into action. As a result, EU countries are expected reach 63 per cent share of renewables in electricity production by 2030, while at the same time cutting use of oil and gas in power generation by 31 per cent. In response, the European Commission (EC) is now planning to increase its own target for renewable electricity in its REPowerEU plan to 69 per cent by 2030.

Cyprus should respond to this – Greece has. But it needs to take appropriate measures to facilitate this, such as upgrading the electricity grid and combining renewables with battery storage. It is inexcusable to use these easily-surmountable limitations as a justification of the low implementation of renewables.

Cyprus must reduce the high taxes on electricity and make better use of revenues it collects from the emissions trading system (ETS). With a carbon price averaging over €83/tonne so far this year, these revenues are likely to reach €250million.

The ETS handbook provides that 50 per cent of the collected revenues should be invested in green energy. This could go a long way in upgrading Cyprus electricity grid so that it can accommodate a higher contribution from renewables.

Part of these revenues should also be used to help vulnerable households suffering under the relentless onslaught of ever-increasing energy prices – as provided under the ETS scheme – instead of forcing EAC to subsidise electricity prices from its investment budget. In fact, the EC suggests that “the immediate priority should be to mitigate social impacts and protect vulnerable households, ensuring that energy poverty is not aggravated. Higher than expected ETS revenues provide space for doing so.”

In Cyprus, currently the ETS revenues are used to boost the state budget, contrary to the scheme’s purpose.

Similarly to the increasingly successful practice in many other countries, new renewables projects should be bid as hybrid projects – combining renewables with battery storage. This is now competitive, at less than 10cents/kWh, and has helped smooth-out renewable intermittency.

With the €657million grant from the EU, the EuroAsia Interconnector is now moving into the realisation stage. This is another factor that will contribute to grid flexibility, allowing greater renewables integration when it is up and running in 2026. As is immediate utilisation of the €40million available to the government from the EU Just Transition Fund to invest in battery storage.

EU’s new REPoweR strategy has introduced measures to speed-up permitting for solar and wind-farms. It also requires roof-top solar panels to be mandatory for all new buildings.

Cyprus must expedite implementation of these measures. They can contribute to increasing adoption of renewables to over 50 per cent of Cyprus electricity demand by 2030, and to even match EU’s new target.

Combined with truly competitive bidding, open to any qualified bidders including EAC, it has the potential to revolutionise Cyprus electricity market, and in the process help Cyprus meet EU’s emission targets. At present Cyprus has one of the highest per capita emission rates in Europe.

Dispelling the myth around barn owls