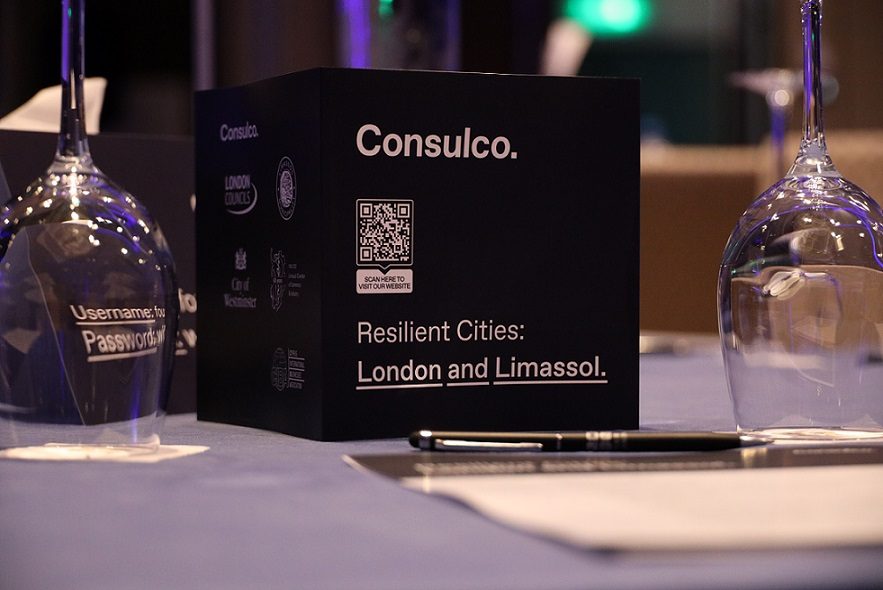 An excellent dialogue took place recently at the hybrid ‘Resilient Cities: London and Limassol’ conference organised by Consulco last week, where speakers from Cyprus and Britain exchanged views on the two cities and their development.

The Consulco event, held at Limassol’s Four Seasons Hotel on June 17, welcomed leaders from Cyprus’ investment community in person, as well as high-profile virtual attendees from London’s investment scene, given that the event was simultaneously also live-streamed online.

London and Limassol policymakers discussed differences and similarities between their two global investment hubs, focusing on what each can learn from the other, in acknowledgement of the cities’ tremendous economic resilience in spite of Covid-19 and the effects of the Ukrainian crisis.

Showcased, on the one hand, was the British capital, considered one of the best places for business given its skills, know-how, investment momentum, green financing and innovative fintech sector, making it a strong base for international investment managers and property owners. And on the other hand, was Limassol, which is developing rapidly and now puts Cyprus on the foreign capital map.

Limassol Mayor Nicos Nicolaides stated that the focus of his city today was on the green economy, technology, innovation and the municipality’s modernisation. He referred to the major infrastructure projects launched at the city center, old port and marina, with the upgrade of Aktaia Odos – to connect the marina with Limassol’s new port at a total cost of €50 million – being among the most anticipated of projects.

For her part, Debbie Jackson, Westminster Executive Director of Growth, Planning and Housing at Westminster City Council, spoke of Westminster as the heart of London and the British economy, contributing 50 billion GBP each year to the national economy. The goal of the city is to welcome people back downtown, said Jackson, aiming to achieve this by investing in both public space and transportation – the new Elizabeth Line being a prime example of the strategy. In this way, she added, new businesses would be drawn to London to remain attractive, proving the viability of both Westminster and London as a whole.

Meanwhile, CIBA (Cyprus International Businesses Association) General Secretary Andreas Pishias stressed the business-friendly landscape of the island, and in particular Limassol, offering an environment supportive of companies and individuals thanks to the local tax and legal system. Pishias also referred to Vision 2035, which aims to make Cyprus one of the best places to live, work and do business by developing a thriving economy that is innovative, sustainable, diversified and based on digitisation and green economy principles.

In addition, Darren Rodwell, President of London Councils, mentioned Opportunity London, a new initiative promoting sustainable investment in real estate, regeneration and green infrastructure in all London boroughs and communities. The initiative is led by the Mayor of London, London Councils and The City of London Corporation, and backed by a partnership of public- and private-sector organisations, committed to delivering good growth in London. It is delivered in partnership by New London Architecture, London Communications Agency and London & Partners.

Limassol Chamber of Commerce and Industry President Andreas Tsouloftas spoke on the multifaceted economy of Limassol, which explained the city’s comparative resilience to local and global crises over the years. With its private sector at the forefront, he said, Limassol’s economy has grown significantly to what it is today: an economy that includes virtually all areas of business.

Additionally, Ruth Duston OBE, Managing Director of Primera Corporation, focused on Business Improvement Districts (BIDs), whose number exceeds 70 in London and which play a vital role in supporting the resilient city of the future, helping to attract and retain talent, and making the London market competitive and resilient.